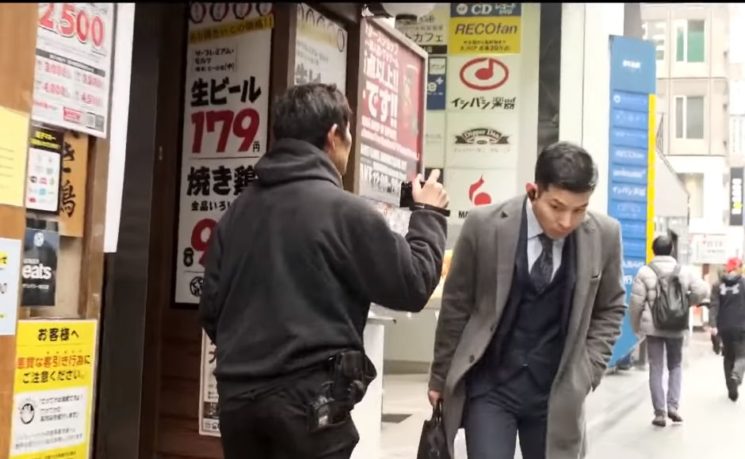 Following yesterday’s release of the Fujifilm X100V, the company published a series of promotional videos. However, one of them caused a strong backlash from the community. People complained about the featured photographer’s intrusiveness, and Fujifilm eventually decided to remove the video.

However, a copy of it can still be found on YouTube. Take a look at it below and let us know what you think.

Fujifilm published a series of videos titled “My Approach” and “My Milestone,” featuring various photographers. The one that sparked controversy and had Fujifilm remove it was the video featuring street photographer Tatsuo Suzuki.

According to Fuji Rumors, many comments described Tatsuo’s style as “offensive” and “intrusive.” Others reportedly defended him and his style, stating that it was how street photography is done. Still, Fujifilm removed the video and reportedly even issued apologize to the community.

Now that the video has been removed, many people argue that this is a wrong move from Fujifilm. As @balbo42 writes on Twitter, “they should have just owned it and stand by the artist.”

A little… ? That said, since they have some camera lines that are about hardcore street photography, where they go as far as removing the screen, I think they should have just owned it and stand by the artist ?‍?

On the one hand, I’m with Fuji on this one and I support their decision. After all, I believe it’s their goal to please their users and not make a scandal or cause any kind of stir. On the other hand, after the video has been removed, there are people who claim that Fuji should have stood the photographer’s side.

The only thing I know for sure is that, whatever Fuji did, there would be one part of people who would strongly disagree with them and another that would support their decision. So, I guess that there’s no right or wrong choice. You just can’t please everyone.

What do you think? Should have Fujifilm removed the video or sided with the photographer?