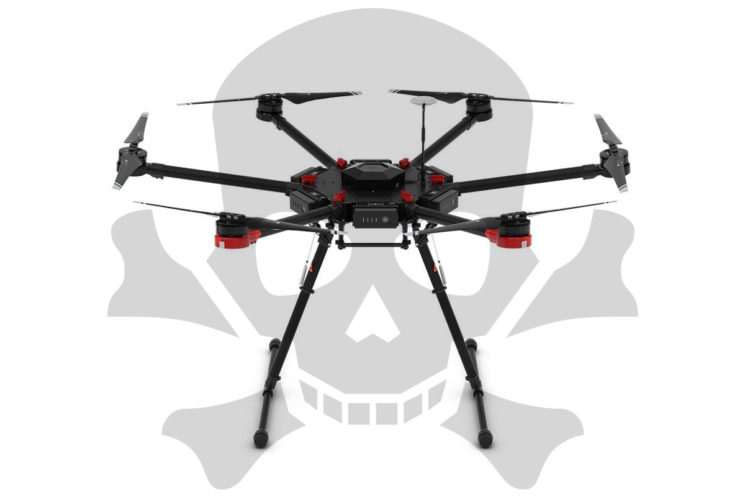 We’ve seen some… creative ways of knocking down drones out of the sky: from shooting them down to using trained eagles. But a Utah-based company Fortem Technologies is turning the drone against its own kind. It modifies the DJI Matrice 600 and turns into a lean, mean, drone killing machine.

The company combines SkyDome platform with the modified M600, or the DroneHunter. The SkyDome system enables situational awareness, and when the DroneHunter is connected to it, can autonomously track and engage rogue drones. When it locates them, it fires out a net to trap them and drag away.

We have seen the use of nets before, but in a different manner. Japanese police used a drone carrying a big 3×2 meters net that would entangle the rough drone’s rotors. DroneLife notes that a few other companies also offer net-related counter drone technologies. This technique is a much option than shooting the drone down or jamming its radio or GPS signal because the drone will be dragged to safety and won’t get damaged. This also allows a more efficient forensic analysis of the captured rogue drones.

According to Fortem, the DroneHunter has flown over 7,500 missions and has had over 3,000 successful “kills” so far. This makes an over 85 percent successful “kill” rate, which reportedly makes it a current leader in the industry. And I guess that it also gives a new meaning to the expression “fight fire with fire.”