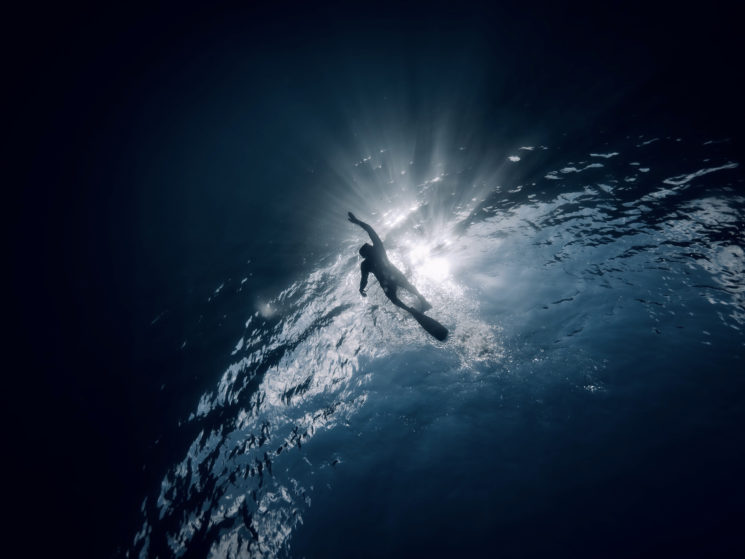 GoPro cameras are best known for shooting action videos, but they can be surprisingly good for taking still photos as well. The trick is to work with their quirks and limitations, rather than fighting against them. It is obvious that results will be quite different from images taken from smartphones or cameras, but that´s the hidden beauty.

GoPro has been in the market since 2002, manufacturing action cameras and developing its own mobile apps and video-editing software. Their cameras have evolved through different generations among the years. One of their first products was a 35mm camera described as a “reusable wrist camera” and included a roll of 24 exposure Kodak 400 film. Nowadays, the company´s flagship is the new Hero8 which has been in the market since October 2019.

The GoPro Hero8 still follows the same tradition of being small, durable, and powerful, but with some improvements in its construction from the previous generation. The recent model has a new built-in mounting point on the bottom of the camera. So, you no longer need to put the camera into a frame housing or protective housing in order to mount it on a selfie-stick or other mounting point.

However, the new camera also kept positive aspects from its predecessor, and which were highly appreciated by the users. For instance, it is waterproof (10m) without the need for a separate waterproof housing. With housing, it is possible to use it for diving. 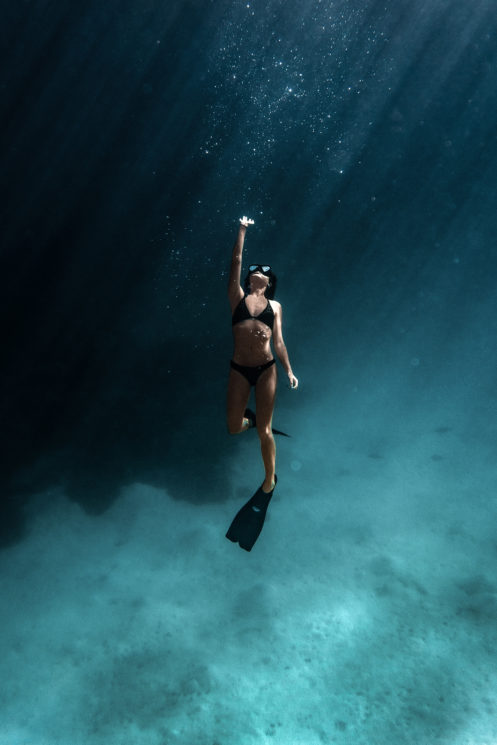 Also, there is a large touchscreen on the back, a small status screen on the front, and the shutter/record button on top.

There are only 2 buttons on Hero8 (power and record). This makes the camera very simple to operate but it still retains a full menu of customization through the touchscreen on the back. Its weight is only 116g and the dimensions are 66.3 x 48.6 x 28.4. Therefore, it is the perfect companion for travel photographers.

Another thing to note about the GoPro is the simplicity of operation. Because it only has one built-in fixed lens, it allows you to point the camera in a general direction and know that the camera will do its job to capture the scene. 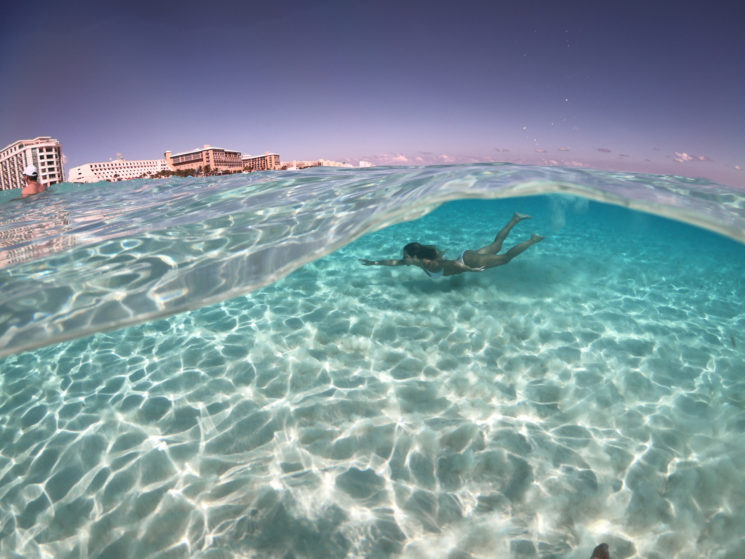 While 12MP is on the smaller end compared to many other current cameras, including compact cameras, it’s still comfortably big enough to print at full resolution at larger than 8×10 prints.

When choosing the Photo mode, it is possible to have a choice of output formats. The first is now called Standard; it used to be called JPG. The other is RAW, the most appreciated by photographers as the image files make available more of the information captured by the sensor and the possibility for editing them in post-production.

The disadvantage of shooting in RAW is that the images should be exported in another format, such as JPG before you can do much with them. For that regard, GoPro allows images to be saved in RAW + JPG simultaneously. 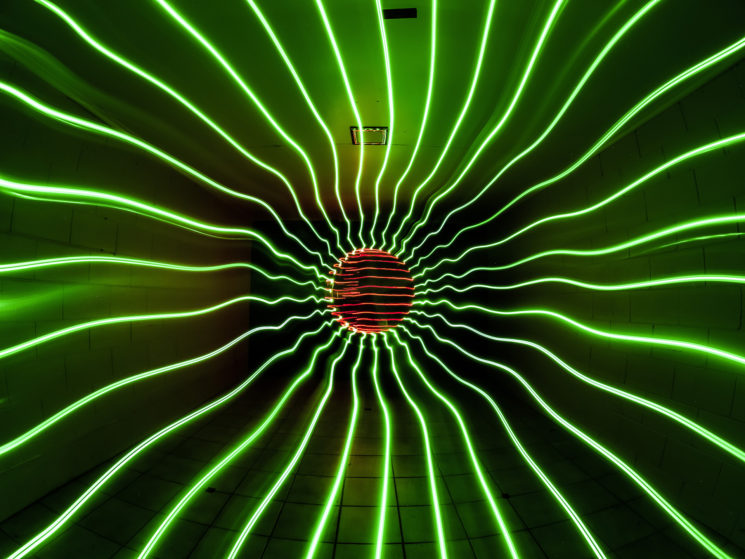 The fixed aperture is f2.8 to get razor-sharp images with the ability to focus from 30cm to infinity. Overall, it’s very hard to take a photo with a GoPro that’s out of focus (motion blur is a different issue), even if the subject is right up close to the camera.

The fields of view determine how much of the scene is captured. The HERO8 Black has the typical ultra-wide-angle view as any other action camera to capture as much of the scene as possible. However, the distorted fisheye look isn’t a good fit for everyone. Therefore, GoPro offers three alternatives.

The most important distinction with the Night Photo mode is that you can select longer shutter speeds. ISO range will be available from 100 to 800 though. However, it is possible to use this mode and shoot in RAW. 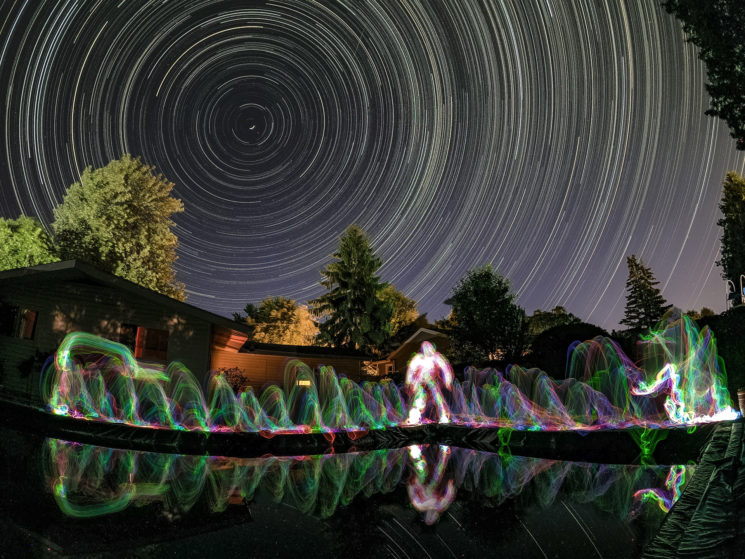 While GoPro is an excellent option for shooting on a bright day, it has a tiny sensor which means that it doesn’t get as much light as other cameras. The smaller size (about 1/25 the surface area of a full-frame sensor) means that it isn’t good in low light. As compensation, GoPro has worked on SuperPhoto & HDR modes.

Both of these take advantage of in-camera processing to enhance the image before it’s saved to the memory card. Neither of these is new, as such—the HERO7 Black also had them, and previous models had earlier iterations of them sometimes under different names. But with the HERO8 Black, they’ve been further refined and improved. 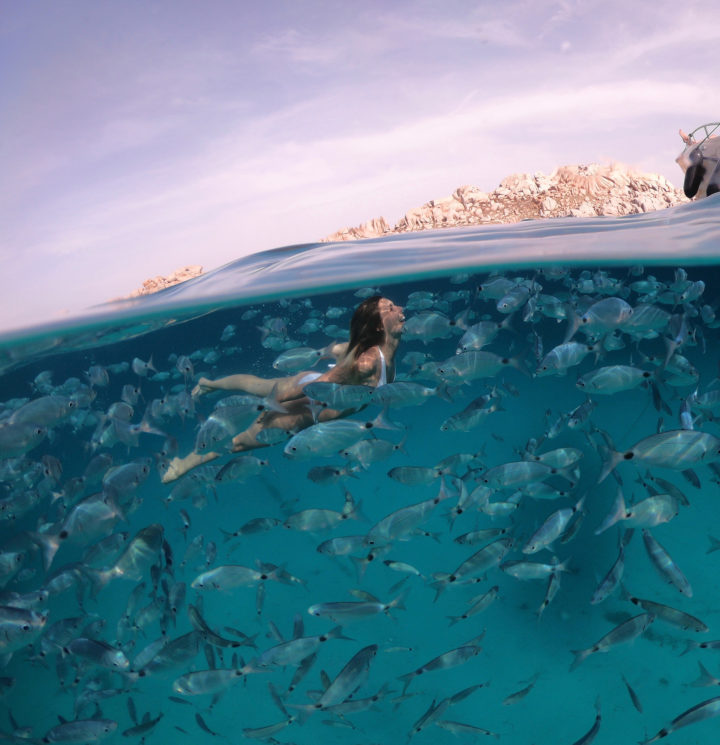 Superphoto is a collection of tools rather than a single image enhancement technique. Alongside the HDR element are local tone mapping and multi-frame noise reduction. The camera analyzes the scene and decides which of the tools to use, if any. The downside is that this mode won´t work when shooting RAW.

High Dynamic Range (HDR) is a feature in HERO8 Black available on single and time-lapse mode, that retains a greater level of detail and color in an image. If Protune is turned on, HDR is available only if Exposure Value Compensation is less than zero, and Color is set to GoPro Color.

Using the Protune option, it is possible to manually set the ISO and shutter speed, while the fixed aperture will remain the same as stated above. On the other hand, Exposure Control allows choosing a more specific point in the scene to base the automatic exposure calculation on. It is also possible to set an ISO minimum and a maximum to avoid noise or set both at the same number to avoid variations. 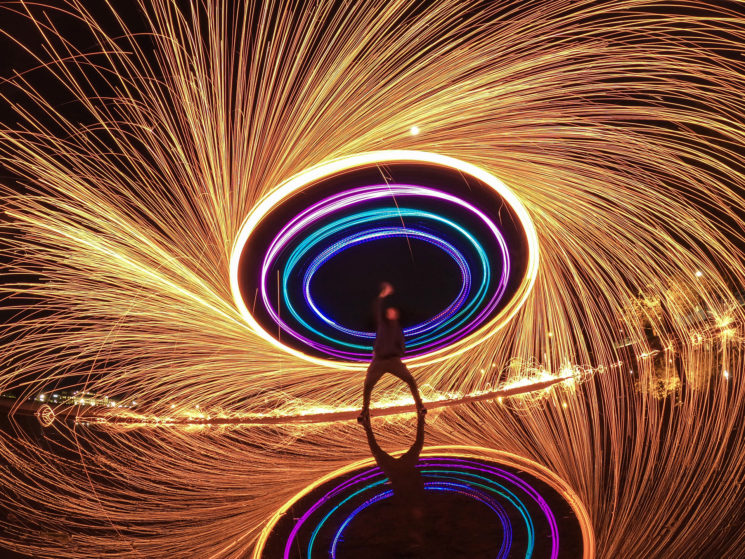 To avoid that a picture is under or over-exposed, the Hero8 offers Exposure compensation into to 2 stops over and under available. This is option is handy if it is desired to partially override the camera’s autoexposure to make the scene a little darker or lighter. Other options to manipulate are sharpness, color mode, and white balance.

As it is already mentioned, the HERO8 has a fixed ultra-wide camera with an aperture of 2.8. Therefore, there is not an optical zoom but digital. Zoomed in, the camera will create images that are 4,000 by 3,000 pixels, with less detail than by cropping a non-zoomed image. When shooting photos, the Zoom option is only available when saving JPGs. 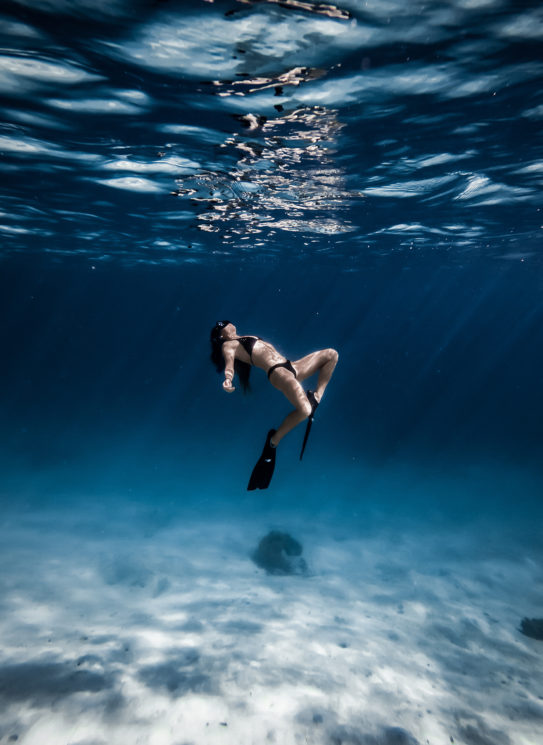 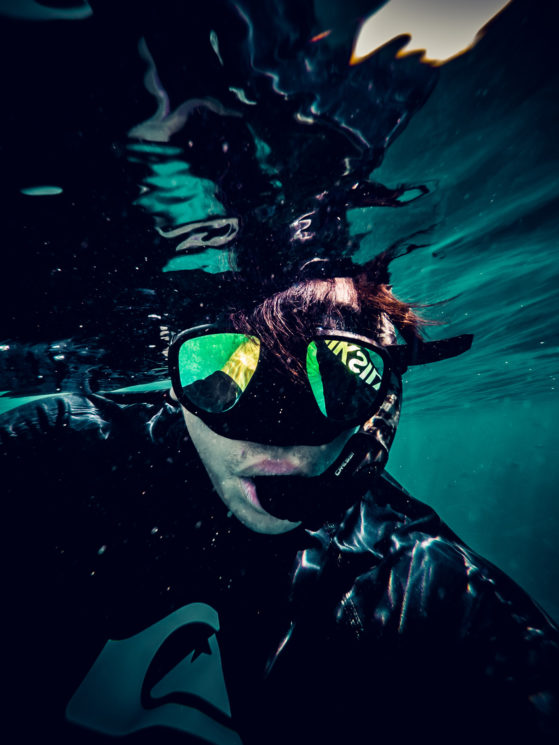 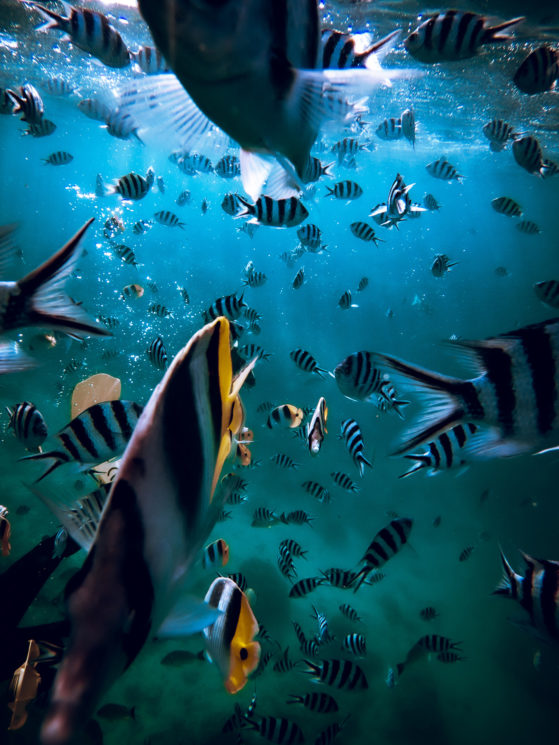 Above images by Ryan Ecal.

Despite the fact that the Hero8 is aimed to capture fast-action videos, it does an excellent job of producing stunning visuals in places where other cameras can’t go. This model is without hesitation, the best camera ever produced by GoPro that has capabilities enough to catch the eye of any photographer.

Photographer Kris VanRiper adds “The small size is great too for just tossing it in the bag and going out for the night. The hero 8 compared to the other models I’ve owned (hero 3 silver, 4 silver and 7 black) is just above and beyond.”

Manuel Delgado is an award-winning photographer with a specialization in travel and documentary photography. Manuel has photographed more than 50 countries telling a new story with each visit. You can find out more about Manuel on his website and follow him on Facebook or Instagram.

GoPro launches HERO, a $220 action camera for everyone’s budget
« Photographer creates emotional underwater portraits that look like paintings [mildly NSFW]
The 2020 Astronomy Photographer of the Year shortlists will take your breath away »