Huawei found itself in the center of another scandal when they passed DSLR photos as they were shot with the company’s smartphone. If you think this sounds familiar, you’re right. Huawei did it before, not once, not twice – but three times. And I guess the third time wasn’t a charm so they did it again for the fourth time.

This time, Huawei pulled off the stunt while promoting its photography contest on Chinese platform Weibo. The company posted a video with many beautiful photos, reportedly claiming that they were shot on Huawei phones. But yeah, you’re guessing it right – they weren’t.

Weibo user Jamie-hua saw the video, and he thought one of the photos looked familiar. He did some digging and found the photo on 500px. It was taken by Su Tie, and you can see the EXIF info. It clearly says that the image was taken on a Nikon D850. Jamie writes that other photos seemed familiar too, and he later even found one more of them, from what I can see in the comments on Weibo. Sadly, I can’t seem to open the second image at the time of writing this. 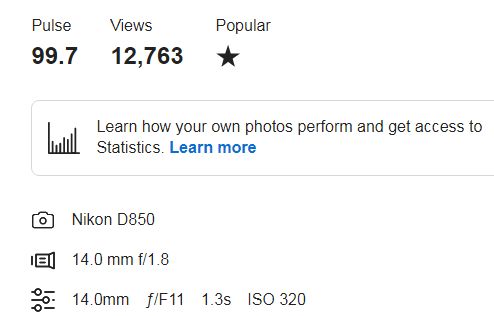 After they got busted, Huawei apologized for the mistake. They published the apology on Weibo, blaming the video editor. “It was incorrectly marked that the work was taken by Huawei mobile phones,” the apology reads. Here it is in full, Google-translated from Chinese:

“Apologies: In our recently uploaded “Huawei Theme New Image Community” promotional video, we selected more than 30 works by multiple photographers. We hope to encourage everyone to share more works with the community. Due to negligence in the work of the editor, at the end of the video, it was incorrectly marked that the work was taken by Huawei mobile phones. We sincerely apologize to everyone here, and sincerely thank the enthusiastic netizen @Jamie-hua for your correction. We have updated the video. In the future, we will be more conscientious and meticulous, to prevent this from happening and to live up to the love of consumers.”

According to South China Morning Post, Huawei has now updated the original video and removed the line that says the photos were taken with Huawei phones. The line stating that they were drawn from Huawei’s Next-Image community is still there.

Sadly, this story sounds all too familiar, and not when Huawei is the main actor. As I mentioned, Huawei passed DSLR photos as smartphone camera photos three times already. Or better to say, three times they got busted for it. Samsung got busted twice, and funnily enough, one of those times they used my image. I think it’s safe to assume that this will happen many more times before the companies either stop false advertising or just learn to hide it better.