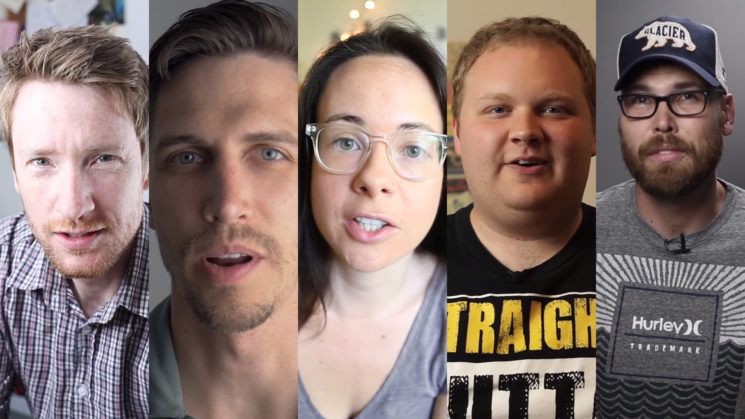 It’s a debate that’s gone on for as long as photography has been around. Does the gear matter? Photographer Erik Wahlstrom wanted a definitive answer to this question, and enlisted the help of five well known photographers; Thomas Heaton, Christine Bartolucci, Alan Brock, Dan Bullman and Ben Horne.

Each of them provide their own answers to this question. And they do vary a bit, but they all seem to suggest the same thing. Yes, the gear matters. Although probably not for the reason you might think. It’s not about having the latest and greatest kit. It’s about having the gear that gives you the results you want.

The general message throughout the video is that when you choose one set of gear over another, you’re making an aesthetic decision based on both your needs and personal taste.

But will just any camera give that great photographer the final result that they want? No, definitely not. You’re not going to get the same shot with an iPhone that you would with a Nikon D810 and 105mm f/1.4. That doesn’t mean the iPhone photo will be bad, but you can’t deny that it will be different.

To suggest that a photographer’s skill isn’t filtered, at least a little bit, through the prism of the gear he uses would be silly.

The only things that really matter when it comes to gear are can it do what you want it to do and can it give you the images you want it to give you?

Often, it boils down to the aesthetics that a particular combo will give you. Can an 18-55mm f/3.5-5.6 kit lens set to 50mm let you get a good shot? Sure. Will it let you get the same shot as a 50mm f/1.4? Not if the shot you want necessitates a wider aperture than f/5.6. Aesthetics is also the primary reason why some photographers will choose to shoot film over digital.

So, it really isn’t just about having the latest and greatest or most expensive kit. It’s about having the right tool for the job to give you the images you want. But yes, it still matters. It’s why there is not, and never will be, a “best camera”. As for the whole “best camera is the one that’s with you” thing. Well, you get to say what camera you have with you. It doesn’t happen by accident.

If the gear really didn’t matter, there’d only be one camera, and we’d all be using it.