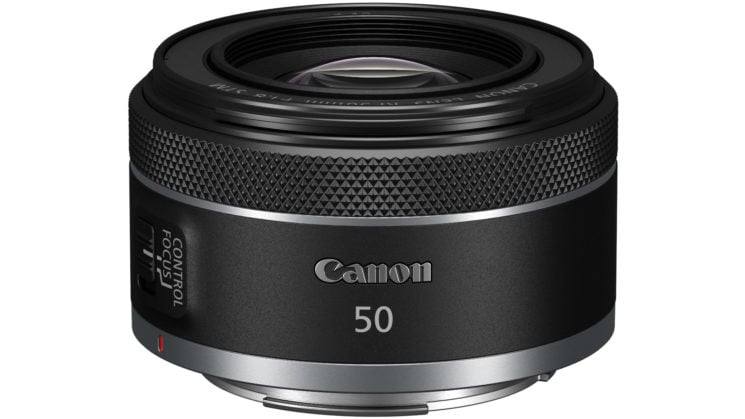 One of the biggest complaints I’ve heard from just about every considering buying into the recent wave of full-frame mirrorless cameras from Canon, Nikon and Panasonic is how huge (and expensive) the lenses are. It’s a big barrier to entry that’s preventing many relatively-low-budget shooters from even considering switching from their DSLRs.

Canon, at least, has said they were planning to do something about it, and now it looks as if we’re getting close. An image of Canon’s upcoming RF mount 50mm f/1.8 STM lens for EOS R cameras has leaked, and finally, it looks like there’s going to be a small (hopefully inexpensive) lens coming!

The leak comes from Nokishita (Surprise!) but so far there’s only the image and the name of the lens, the “RF50mm F1.8 STM”. There’s been no spec sheet yet (although what do we really need to know besides the focal length and max aperture?) nor has there been any mention of a possible price. But we knew it was coming at some point because it was posted to a leaked Canon RF lens roadmap way back in June.

Canon’s current EF 50mm f/1.8 STM lens for DSLRs retails for a mere $150-ish (and I’ve seen them as low as $50 on the used market). I would possibly expect an RF mount version to come in at a slightly higher price given that it’s new and shiny, but if it’s more than $250, I’d be very disappointed.

But that an image is now leaking suggests that it might actually be getting close to a final release, which is also backed up by another tweet Nokishita made yesterday saying that it was coming “within days” along with an RF 70-200mm F4L IS USM.

So, keep an eye out over the next few days. We’ll let you know as we hear more.