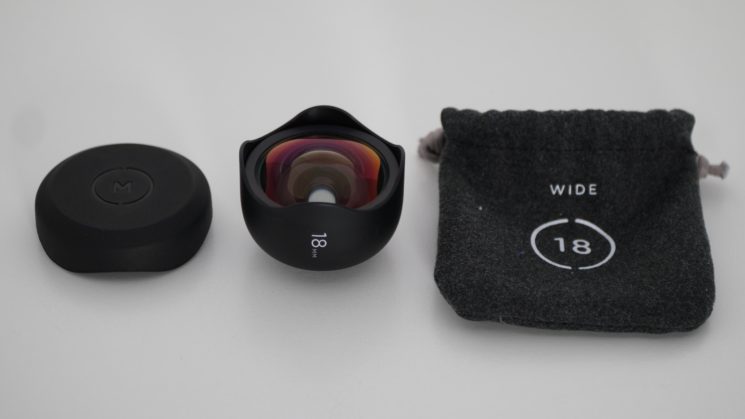 Many of us love taking photos with our smartphones and the cameras on phones are getting better and better. I’ve been super impressed with the cameras on the iPhone X. In fact, other than the fact that I am one of those people who always wants to get the latest tech, the cameras are the most important reason I upgrade my phone almost every year.

The challenge with phone cameras though is that you are limited by the laws of physics. The geniuses who make the cameras and those who create the software behind most of those cameras can only do so much with the tiny devices. This is where third-party lenses come into the conversation.

I’ve used a number of different ones in the past and have liked most of them. I started with the Olloclip as that was the first one to come out and I loved it. It opened up a whole new world of possibilities and creativity for me with my iPhone camera. The only reason I stopped using it was because I upgraded my phone and so the Olloclip didn’t work with the new phone and I didn’t love it enough to buy a new one.

Then about two or three years ago I was sent a pair of Ztylus primes to try out. Once again, I got creative with my iPhone photography and really liked the options these lenses gave me. I particularly liked how they came with a belt clip, which meant I could easily get the lenses on and off my phone. I didn’t love the cover I had to use on my phone to attach the lenses but I was willing to put up with that. Then, as the seasons change, I upgraded my phone and, yet again, I didn’t get another cover so I could continue using the lenses. I think if Ztylus had released a new cover within maybe three months of the new phone coming out, I would have bought one. But they didn’t and by the time they did, I had moved on.

Enter Moment lenses. I found them via their YouTube channel when they put together a review of the iPhone camera. They promote themselves as a cut above the rest of the other lens options out there and they charge accordingly. Now some of you may be saying “Why didn’t you get the Zeiss iPhone lens system?”, which is when I would tell you that they don’t have an iPhone X solution yet, which is a shame for them, but yay for Moment.

But why was I looking for a lens solution yet again for my iPhone? I am headed to the Galapagos Islands to shoot a promo for a tour company in a few weeks and one of the biggest challenges for this shoot, other than trying to not put on too much weight, is how to go as light as possible with my gear. I am not going to be shooting everything with my iPhone. My trusty FS5 and A7sII will be doing most of the heavy lifting but I am planning on doing some of the planned shots with my iPhone and I figured having a few more lens options would be good.

So I went onto Moments website and ordered all their lenses, a cover (because you need that to attach the lens) and a two-lens lens pouch, hopefully, to make it easier to carry them around.

The packaging is nice, well-made, but you kind of expect small touches as these lenses are about $89-$99 each. The lenses feel really well-made. Almost too well-made; they are not very light. This can be a good thing as it suggests they have good heavy glass in them, but it can also be a bit of an inconvenience as I want to carry all four of them in my pocket.

They also each come with a little carry pouch, which is nice, but I have found it can be a bit of a pain to get the lenses in and out of when you’re trying to hold your phone and get the lens out of your pocket, open the pouch, mount the lens. It’s not a major, but it would be nice if there was an easier way.

As I mentioned before, you do have to use a cover on your phone to attach the lenses. The cover comes in two flavours: black and black with a wood panel finish on a section of the back. I choose the one with the wood finish for something a little different (not that I look at the back of my phone that often). They have covers available for iPhone 8/8+/X as well as Google Pixel and Galaxy phones. They also have a battery case coming “soon”. A cool feature of the battery case is that it has an electronic shutter button which allows you to half press to focus and full press to take your picture. (just like a “real” camera) ?

You attach a lens with a “insert and twist” movement into the cover, though first you have to line up a small line on the lens with the cover to make sure you’ve got it on the correct way. I understand they probably chose this functionality for a better fit and all that, but it can be a bit fiddly and also means you can’t really attach a lens without looking at what you’re doing.

Now, if you’ve got one of the fancy new phones that has two lenses in it, this presents a challenge of which camera lens do you place the Moment lens on? Also, at least on the iPhone the default camera app actually will automatically switch between lenses depending on its requirements. This is a problem because if you’ve got the lens over the lens that isn’t being used, the Moment lens is blocking your view so you don’t get a full view.

The way around this is to use Moments own app which allows you to tell the phone which lens to use. This also means that if you’ve got all four Moment lenses, you’ve now got eight possible focal lengths, which is nice. 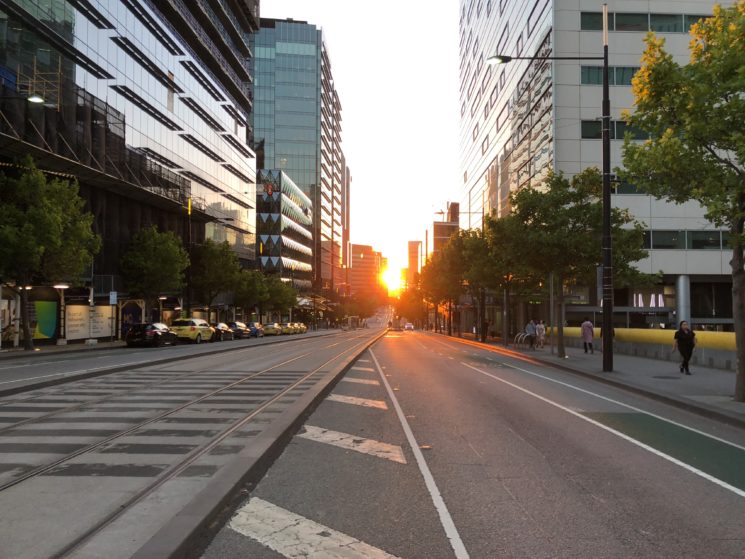 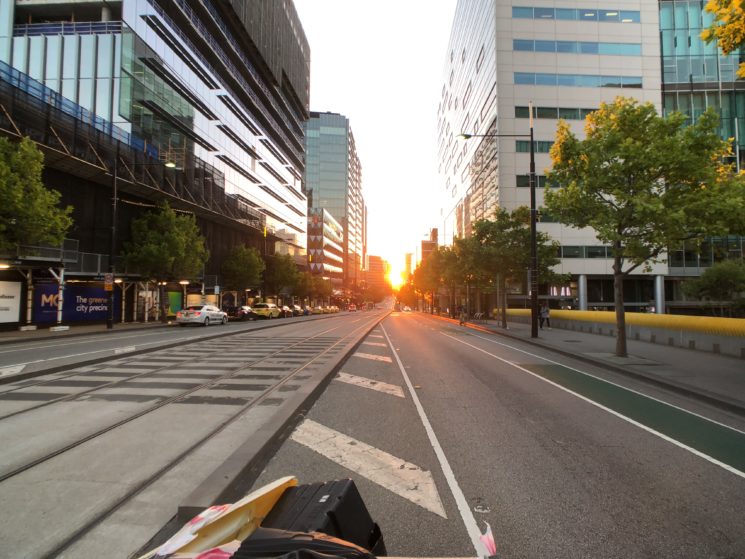 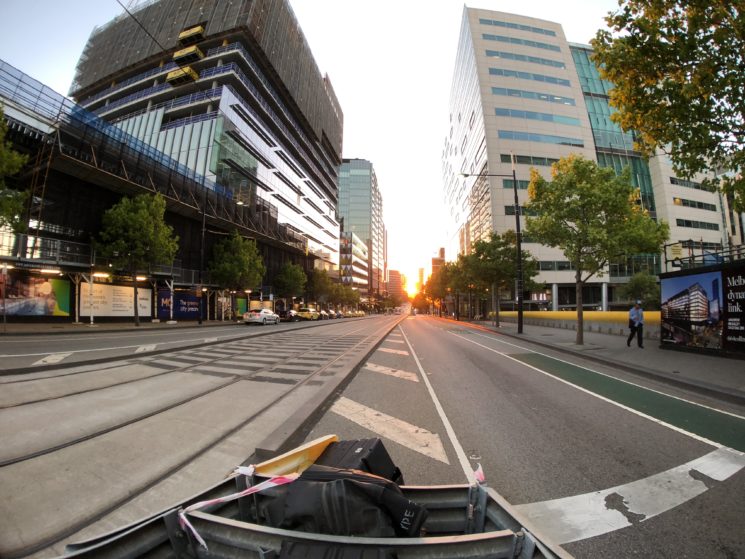 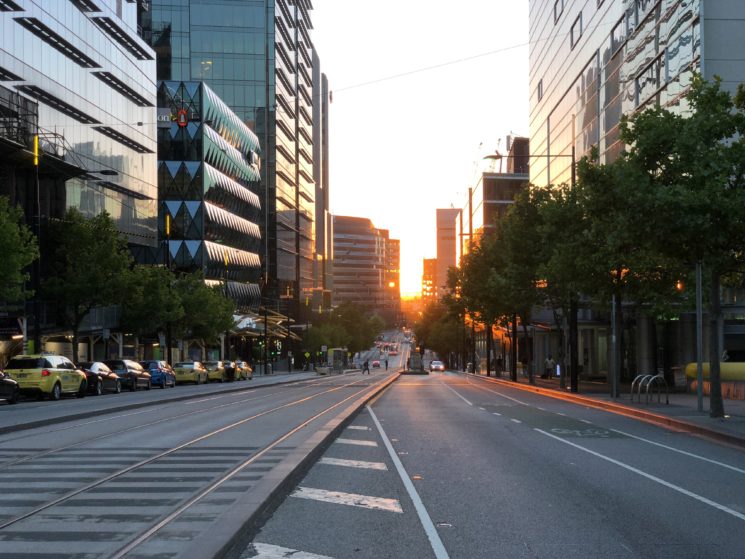 So how do the Moment lenses actually perform? Well, I don’t quite know yet as this is, as suggested, a first look. I am going to go into far more detail in a full review once I’ve used them on a few projects. Look for that in about a month or so. But in the meantime, here are some images that I’ve taken just playing around with them.

But to give you an initial impression of what I think. I originally didn’t buy the Macro lens, but I’ve been impressed enough with using just the tele, wide and fisheye for a few days that I’ve already ordered the Macro too.
So I think I am going to like these lenses, just not sure yet it’s worth dropping almost $400 on all four of them.

« Here are my gear and methods for shooting Deep Space: Photographer Spotlight Q&A with Astrophotographer Sara Wager
We are giving away two gorgeous Cosyspeed bags »