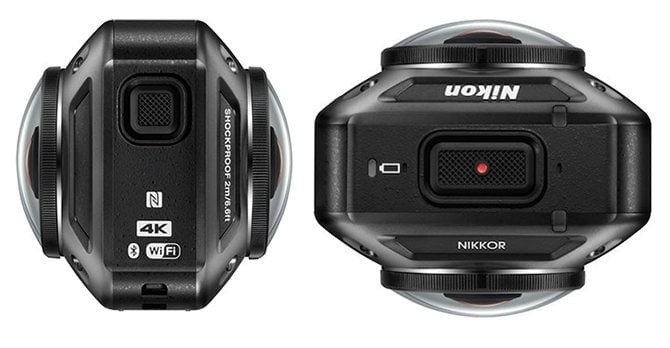 Nikon was on fire yesterday with the release of the D5 and D500, but some of the thunder was no doubt stolen by the unexpected pre-announcement of the KeyMission 360.

The upcoming virtual-reality oriented action camera captures 360° video in 4K, above or up to 100 feet below the water surface, and seems to be in an excellent position to make an impact on the action cam and VR markets.

Talk is cheap though and good looks can be deceiving, so here are the first video samples captured with the KeyMission 360, showing off the camera’s impressive capabilities.

The videos below were posted on a YouTube channel dedicated to the KeyMission 360, and according to the captions they were recorded and editing using the still-in-development action camera.

These interactive videos work on supporting browsers on your computer or smartphone (sorry, they won’t work on the NoPhone), and since they offer 360° footage you can watch them dozens of times and see something else each time.

Nikon Europe also shared a ‘regular’ non-interactive video that was shot using a prototype of the wearable camera, as well as a link to more details on the product:

Make sure you keep an eye on the KeyMission’s YouTube channel for additional footage.