Smartphones are not naturally meant for light painting. Mostly because they (mostly) have small sensors that do not handle long exposures well, and accumulate noise like a TV set on a dead channel.

The engineering team at Huawei came up with a clever concept to overcome that limitation and they handle light painting in a very similar way to how astro-photographers capture the night skies, by stacking many images together. But where sky photographers stack many 30 seconds shots to create several hours’ worth of exposure, the Huawei P8 does it on a seconds scale.

Having worked with Ben on fire before, I know that he does use photoshop to enhance location imperfections or dull fire. So Ben was a bit worried:

In the best of conditions, fire is one of the most challenging elements to capture. Not only is it dangerous, its luminosity varies with time. Long exposures result in motion blur, and the high contrast between subject and flames typically means that an amazing camera with a large dynamic range is necessary

Ben did get the shot but it was not a trivial setup. The final shot was taken using some ND filters and an overhead Broncolor strobe, so while the photo was done 100%  in  smartphone, it was not a cheap one produce. 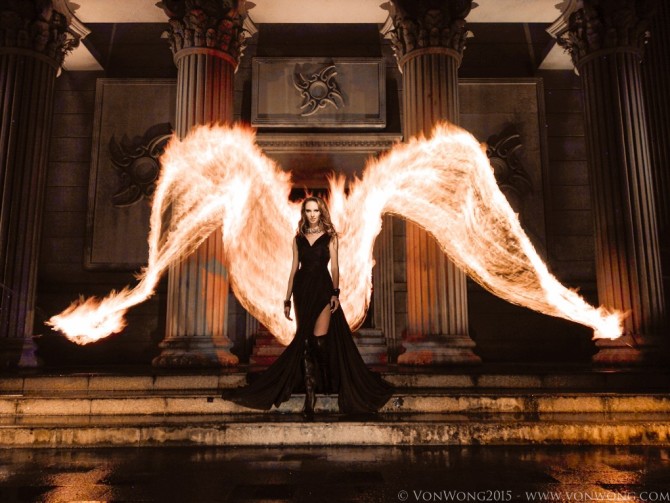 You can read the entire experience over at Medium where Ben shares his entire process.