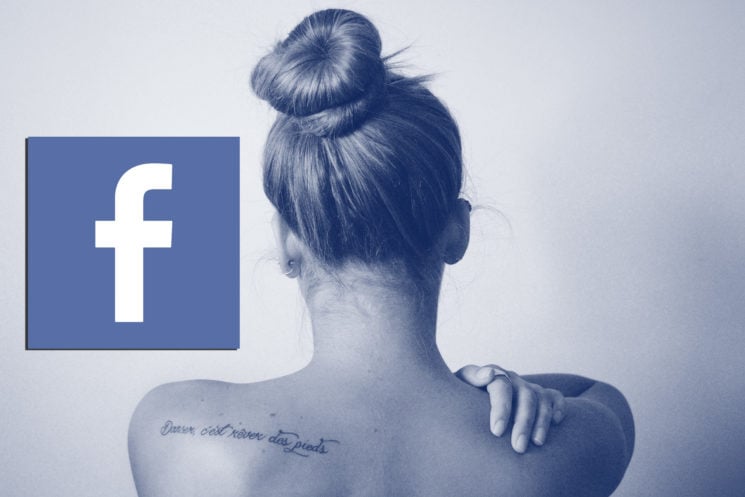 Facebook has the policy to ban photographic nudity, which has been a problem for many photographers who share their work on Facebook and Instagram. But this could soon change. Photographer Spencer Tunick recently organized a nude photo shoot outside of company’s offices to challenge its policies. As a result, Facebook will reconsider its nudity guidelines when it comes to photographic art.

The photo shoot took place on 2 June outside of Facebook’s New York offices. Tunick directed over a hundred people who lay nude on the pavement. They covered their genitals with enlarged prints of male nipples, and women wore male nipple stickers, too. In collaboration with the National Coalition Against Censorship (NCAC), Tunick published photos and videos on Instagram to challenge its parent company’s nudity policy. Check it out here, but note that the link is a bit NSFW.

Artsy writes that Tunick has been arrested five times by the NYPD for staging nude photo shoots without a permit. The recent shoot was the first in New York after 20 years. Following the event, Tunick said: “This is actually a clothed photograph. People are just clothed in male nipples.” Well, that’s clever!

On Wednesday, after the shoot was done, NCAC announced that Facebook will reconsider its nudity guidelines. As I mentioned, it currently bans photographic nudity and female nipples, which has been, shall we say, controversial. According to NCAC, Facebook representatives will collaborate with them on revising its current policies. They will reportedly meet with a group of artists, educators, curators, and activists “to discuss the impact of its current policies and how they can be revised to better serve creators.”

For example, while we restrict some images of female breasts that include the nipple, we allow other images, including those depicting acts of protest, women actively engaged in breast-feeding, and photos of post-mastectomy scarring. We also allow photographs of paintings, sculptures, and other art that depicts nude figures.

Despite the part about “photographs of paintings, sculptures, and other art,” Facebook has still managed to censor works of art. Reuben’s paintings, ancient Roman statues, and a 30,000-year-old statue of a naked woman – they all got flagged for nudity and banned from Facebook.

As you may assume, the same has happened with iconic photos a couple of times. Irving Penn’s images were removed from Facebook for “violating its community standards.” The same thing happened with Nick Ut’s famous photo Napalm Girl. However, this escalated quickly and even led Facebook to relax its censorship restrictions on “newsworthy” images.

If photographers want to post nude images, they need to “hide” female nipples in them. When I scroll through my Facebook and Instagram feed, I see some fine art nudes censored this way. While this means that it takes more time for photographers to prepare photos for posting them, it also kinda takes away from the photos, in my opinion. Despite censoring their own images, I often see these photographers complaining about their photos being removed for nudity after all. It’s frustrating and annoying.

Apparently, Tunick’s photo shoot of “people dressed in male nipples” has had an effect. It’s not over yet, but Facebook has at least agreed to reconsider its nudity policy for photographers. I honestly hope it will be changed because it will enable many fantastic photographers to share their artistic nude photos without being banned.

« There is now a pocket-sized controller for the Blackmagic Pocket Cinema Camera 4K
Lightroom or Photoshop: do you need to use both? »