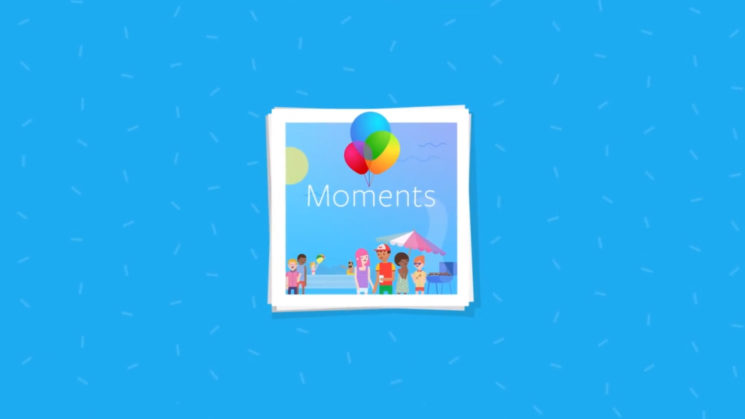 Facebook’s Moments app came onto the scene with a lot of promise. Announced in June 2015 for Android and iOS, Moments allows users to take advantage of Facebook’s face recognition algorithms to detect your friends in the photos on your camera roll, and then share those images with those recognised friends.

Unfortunately for Facebook, though, it seems that users just didn’t care, and very few have been actively using the service. Now, Facebook is planning to kill it off.

The idea behind the app is actually pretty cool. We all go to various events like weddings, birthday parties, nights out on the town, etc. and we snap photos with our phones. Photos that include our friends and family. And we always say “Yeah, we’ll send you a copy!” and never do. Or, at best, we post them to our timeline, forget to tag them and hope they just spot it – which becomes less and less likely as each day passes and Facebook further decreases our post reach.

So, Moments was the ideal solution. At least, in theory. In reality, hardly anybody actually used the app. And according to CNET, that’s what’s led to Facebook making the decision to kill the app off permanently on February 25th.

Facebook does want people to retrieve their photos, though, and they’ve set up a website where you can download your Moments or copy them to a private album on your Facebook account before the February 25th deadline. CNET reports that this service will be available until May, but the Moments Export page on Facebook only mentions February 25th.

I downloaded the Moments app pretty early on. I’ve been to a bunch of gatherings with friends and family, as well as several big trade shows each year. I know the photos of me are out there. People tag me in them on Instagram and their Facebook feed, or they send the images to me in PM.

Not once have been tagged in anybody’s “Moments”, though.

A cool idea, but with all of the privacy issues surrounding Facebook the last couple of years, plus having to install yet another separate app, I suppose it’s not really all that surprising it didn’t take off.

Did you use Moments? How did you like it?