Everybody Street is a movie about some of New York’s iconic street photographers. Ricky Powell, Joel Meyerowitz and Bruce Davidson are some of the photographers featured in the film. 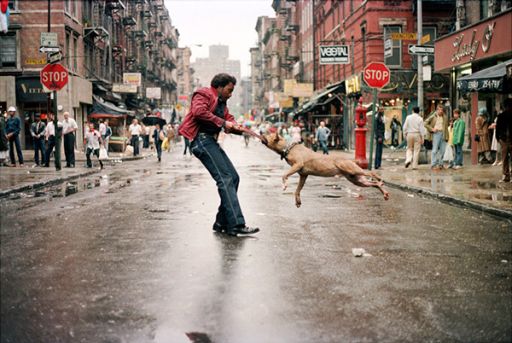 While the clip below is only a trailer, it is pretty inspirational. If you don’t want to start shooting right after you’ve watched, raise your hand.

The About section from the movie pages tells us a little bit:

“Everybody Street” illuminates the lives and work of New York’s iconic street photographers and the incomparable city that has inspired them for decades. The documentary pays tribute to the spirit of street photography through a cinematic exploration of New York City, and captures the visceral rush, singular perseverance and at times immediate danger customary to these artists.

Here are a few clips from the featured photographers: