I have a big and complicated time lapse film project on the horizon, and one of the new pieces of gear I recently picked up was an eMotimo TB3 Black robotic panoramic head.

I have created my fair share of time lapse films in the past. However, for this project I really wanted to step up my game by adding some killer dynamic time lapse sequences. 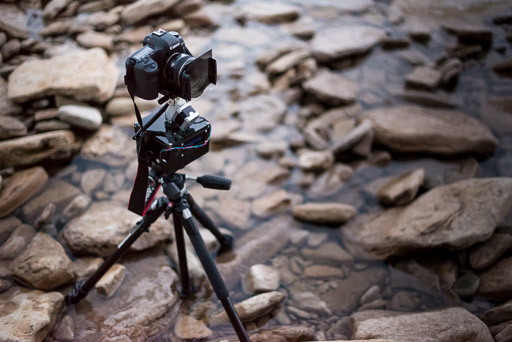 (The eMotimo TB3 head can also be added to a robotic dolly to produce pan, tilt and push / pull moves – three axis control.)

The resulting time lapse video sequences can be pretty mind boggling – and that sense of dynamic motion is exactly what I wanted to add to my work.

I have to admit that I didn’t do a lot of research on what other robotic panoramic heads are available that would be suitable to film time lapse video.

I use Granite Bay Software’s wicked computer controlled time lapse application GBTimelapse – which is specifically compatible with with eMotimo TB3.

(If you want to know what I mean by a mind boggling dynamic time lapse video move – check out the bridge move at 4:35.)

I can’t stand the current trend with tech companies to slough off customer service to a generic list of frequently asked questions – or even worse – a user forum (where I guess frustrated users are supposed to solve each others’ problems???).

Before I pulled the trigger on the eMotimo TB3, I did have a bunch of questions – so I emailed eMotimo directly.

And guess what? I received an email response right away from eMotimo – from a real, knowledgeable person, with specific answers to specific questions!

To me that is an irreplaceable level of customer service that is sorely lacking in today’s tech culture.

On top of that, another actual person from eMotimo called me, on the phone, to let me know that my unit had shipped (when I ordered my TB3 Black, eMotimo had them on back order so I had to wait a week or so before it shipped out).

There is no mistaking that the TB3 is not a mass produced consumer electronics product.

It kind of looks like a quirky mix between a DIY robotics project, a tin of cookies and a Nintendo Wii.

The TB3 is clearly built to be functional, but it’s not going to win any awards for design aesthetics. 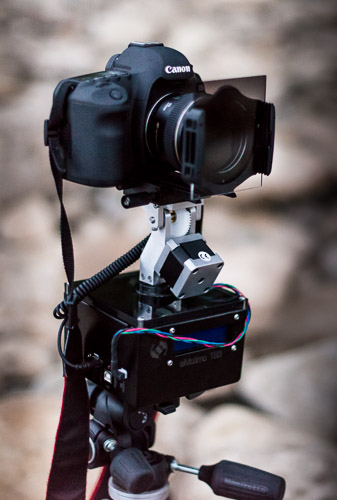 Overall the TB3 is relatively solid. All the components fit together well and are tight and functional.

If you are a photographer or film maker, you have probably been lured into purchasing some piece of crap no name gear from eBay at some point – so you know the feeling when you get that eBay item in your hands, and there is just some fundamental problem with the build quality….ya the TB3 is nothing like that.

At first I was a little concerned about the nylon plastic gearing, but the TB3 has had no problem with any camera I’ve mounted on it, so I suspect that as long as the head is not overloaded with a giant lens, or a heavy camera improperly installed off center, there should be no problem with the gears wearing and eventually slipping.

Finally, I have noticed that the TB3 is just a touch wobbly, compared to mounting a camera directly on a tripod.

I have not noticed any problem with camera shake while the TB3 has been in normal use, but I am a bit leery about how it will perform in gusty winds.

Of course, I’m not shooting in gusty winds everyday, so under those circumstances I will probably not risk camera movement ruining a shot sequence, and instead use a more solid static mount.

Set Up and Filming Time Lapse Video With the eMotimo TB3

I have to say, setting up the TB3 for time lapse video is ridiculously easy!

I have used many other intervalometers and electronic dolly controls, but the eMotimo control is by far the most intuitive and simple setup I have ever used.

The TB3 comes with a little instruction booklet with just a few little points and diagrams – which is like night and day compared to the convoluted instruction manuals I’m used to seeing, but the setup is really that simple and no more information is needed.

At first I was very worried about the reliability of the wireless remote control. I have had so many wireless devices with intermittent connection and operation problems – just the thought of a wireless control makes me twitch.

However, the wireless remote control has connected to the TB3 and performed flawlessly since I’ve had it – so I was pleasantly surprised.

I don’t really want to repeat the TB3 instruction maual here, but the overall procedure to set up a time lapse movement and shot sequence is as follows:

And that’s it. When you run your movement, the TB3 will go to the start position you set and then work its way through to your finish position while using its built in intervalometer to control your camera through the shot sequence.

If you want to see a quick example of a 180 degree time lapse movement filmed using the eMotimo TB3, take a look at this little time lapse sample video.

Use the eMotimo TB3 With A Dolly

As previously mentioned, the TB3 can be mounted onto a dolly for three axis pan, tilt and push / pull moves.

It is a little more complicated to set up and execute a three axis time lapse movement sequence, depending on the dolly and the type of control used.

If you use the popular Dynamic Perception line of time lapse dollies, here is a video that shows you exactly how to set up a TB3 and a Stage 1 dolly.

Would You Recommend the eMotimo Tb3 to a Friend?

OK – realistically, this is a pretty specialized and expensive piece of equipment – you really need a genuine interest in time lapse photography and / or the budget on a good gig to pay for it.

But, having said that, the eMotimo TB3 is a ridiculously easy and crazy effective way to add way more interesting time lapse video sequences to your portfolio.

(And in case anyone asks – no I am not associated with eMotimo in any way – I am just really impressed with the company and the TB3).

Do you think the eMotimo TB3 would fit into your time lapse photography workflow?

What dynamic shot sequences would the TB3 allow you to shoot that you can’t acheive now?