Last week Target announced that its forthcoming swimwear advertising campaign will be Photoshop-free. It’s an approach that I endorse, and I was intrigued to see some of the comments on the article here on DIYPhotography. Don Barnard suggested that having a traffic light system, a little like the nutritional content warnings on food packaging, showing how much manipulation images had undergone would be a good idea. 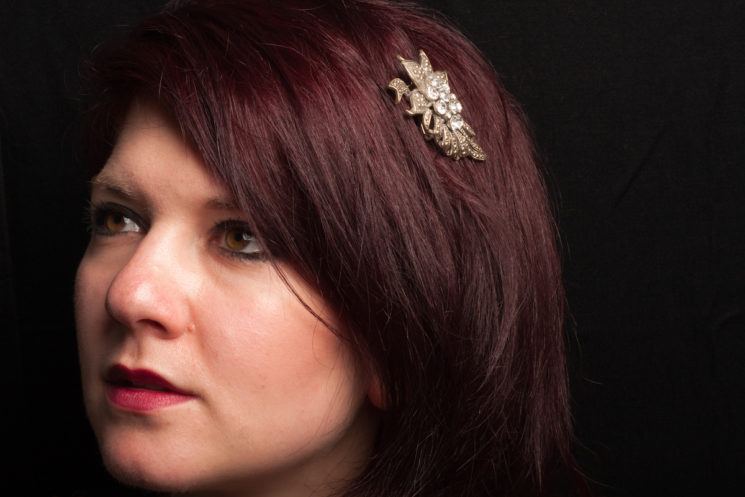 All I want is a simple pie chart symbol in the bottom corner of every commercial image that indicates the extent that photoshop has been used to alter the models appearance. Food has labelling, so should the images used for health, fitness, food and beauty products.

It’s not a bad suggestion at all, but I have my reservations about it.

The idea of some kind of indicator that an image has been enhanced, augmented, or adjusted is not a new suggestion. I wrote about a group called Real Women who launched their Take Action Against Airbrushing campaign in 2010, whose objective was for airbrushed images to be marked as such with the addition of a kite mark. Clearly their campaign has not gained that much traction in the past seven years, and my hesitation to support such a system hasn’t wavered considerably, either.

My opposition to kite marks or pie charts or any other type of post-processing indicator isn’t borne of ignorance or indifference to the implications of too-good-to-be-true models gracing magazines and advertising hoardings and their implications for body image and mental health. For some people the unnatural perfection presented by gym, swim wear, and personal grooming advertisements–not to mention wellness gurus–contributes to an intolerable and irrefutable pressure that contorts what is perceived as a healthy body image. It’s because I don’t believe that they would be effective.

First, let’s consider the implications of a marker system for advertisers. For those who are selling a lifestyle or an aspiration, the idea of perfection is critical to their narrative. These advertising campaigns rely on the audience suspending its disbelief and buying into the fantasy in order to promote the product they wish to sell. These advertisers have no wish to jeopardise their projection of perfection, whether that’s through imperfect bodies or a marker indicating that the bodies in the advert have been digitally manipulated to perfection. What’s their alternative? Thinner, tauter models plastered with foundation and fake tan. Digital manipulation has been swapped for a far more dangerous version of ‘real’ perfection achieved through unhealthy diets and unnatural make up. For the Doves and the Targets who are embracing human diversity in their advertising campaigns, what would the marker system matter?

Second, from a photographer’s perspective, we all know that there are a great many more ways to improve your subject in an image than just with Photoshop. Knowing how to manipulate light and angles has an enormous impact on your model’s appearance. And let’s not forget all those techniques that were employed by photographers before the advent of Photoshop. Image manipulation is not a new phenomenon. There will always be a means to enhance someone’s appearance, with or without Photoshop.

If we want to promote the healthy projection of the human body through images, it will take a great deal more than just saying ‘No Photoshop here!’ When we live in a world where affordable cosmetic surgery can be advertised in the middle of daytime TV talk shows, Adobe Stock’s research has indicated that over the past year there’s a been a 633% increase in searches for ‘sexy + strong’ women from its library, and teenaged girls are reporting anxiety based on their appearance, it’s obvious that there’s a body image obsession. Unnaturally flat tummies, big boobs, smooth thighs, and glossy hair are without a doubt a part of this. But it is going to require a dramatic shift in the way that women are portrayed, and just as significantly, how people are taught to read and interpret images, to bring about the necessary change. There’s no sticking plaster–or pie chart–solution to this. It runs far deeper.

Seeing people who reflect society’s diversity–whether that’s gender, ability or disability, culture, skin colour, sexuality, or any other protected characteristic–in any position from political life to advertising bikinis, is fundamentally important and empowering. It builds stronger, healthier communities. We’re not all tall, slim, with perfect skin, and shiny hair. And that’s why having models that represent the broad sweep of society is necessary: it reminds us that we all have a place in it and those handful of images that promote a fantasy are just that: a figment of the advertiser’s imagination.

Three effective ways to use lens correction in Photoshop

Truth in Advertising Act: A Bill That Wants to Regulate Photoshop in Advertisements

« Performance on a budget – see how the Sony 85mm f/1.8 holds up against the $1,600 G Master
The best autofocus most photographers never use »