The Nik Collection has had a tumultuous history, but it remains one of the most popular and much-loved plugin suites out there for Photoshop and Lightroom. After it was acquired by Google, its future was uncertain, especially after Google announced they’d pretty much abandoned it. Fortunately, they were willing to turn it over to DxO, who released a version 2.5 update a few months later to add some new features and fix a number of issues.

Today, DxO has announced the release of the Nik Collection 3, a major upgrade to the suite, with newly designed Nik Selective Tool (the plugin launcher for Photoshop), new quick edit and non-destructive workflow tools with direct one-click access from within Photoshop to your favourite presets in Silver Efex Pro and HDR Efex Pro. The new upgrade also sees lens and perspective distortion correction and tilt-shift style miniature effects with a new Perspective Efex.

The new Nik Selective Tool is the heart of the collection, finally becoming a useful companion to Photoshop without getting in the way. It has a new design over previous versions of the Nik Collection which blends much better into Photoshop’s dark user interface. It’s also expandable and collapsible like other Photoshop palettes.

It offers direct access to your favourite presets for Silver Efex Pro and HDR Efex Pro, in addition to those included with Color Efex Pro. There are also new Last Edit and Quick Edit features which let you quickly re-apply the last preset or recall the settings of your last edit if you forgot to save it out as a new preset.

When working with Nik Collection 3 in Lightroom, there’s a new completely non-destructive workflow which allows users to edit their images as much and as many times as they like while still being able to change their previous editing settings. It works by using a TIFF Multipage file format which allows you to combine the image with the settings in a similar way to how PSD files let you save images containing Smart Object layers within Photoshop. 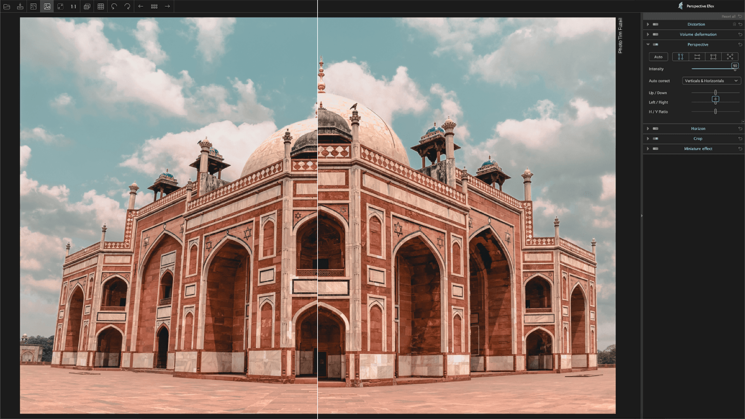 Also new is Perspective Efex, which allows you to not only correct perspective distortion due to not being parallel to vertical instructions, but it also allows you to correct for specific lens distortion deformation, too, like barrel and pincushion effects. DxO says the database has been in development for around 18 years and contains more than 60,000 camera and lens combinations, although you are able to override them and customise it if your particular camera and lens combination isn’t there. 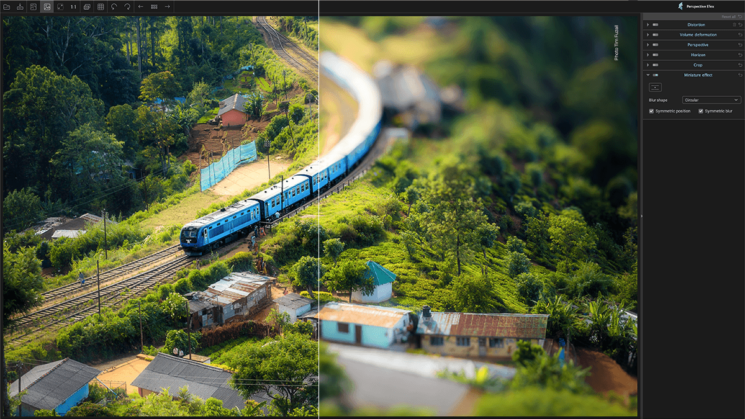 Perspective Efex also allows for creative miniature effects, similar to those you might find with a tilt-shift lens. It’s become a popular technique over the last few years, and now you can do it directly within Nik using blur gradients that are a lot more realistic than simply masking a blur in photoshop.

A new Message Centre inside Nik Collection 3 can also be accessed through the Selective Tool. This becomes the new central location where users can stay up to date on the latest news and updates, webinars, tutorials, etc. rather than having to keep track of multiple websites and social media accounts to know what’s going on.

If you already own DxO Nik Collection 2, you can upgrade to the new version for a launch price of a mere £49.99 instead of the regular $69 upgrade cost that comes into effect on July 1st, 2020. If you are a new user, the launch purchase price is £86.99. This goes up to £125 on July 1st. But if you’re not sure whether you want to buy it yet or not, you can download a free, fully-functional, one month trial.

ON1 Photo RAW, the first new RAW processor in a decade