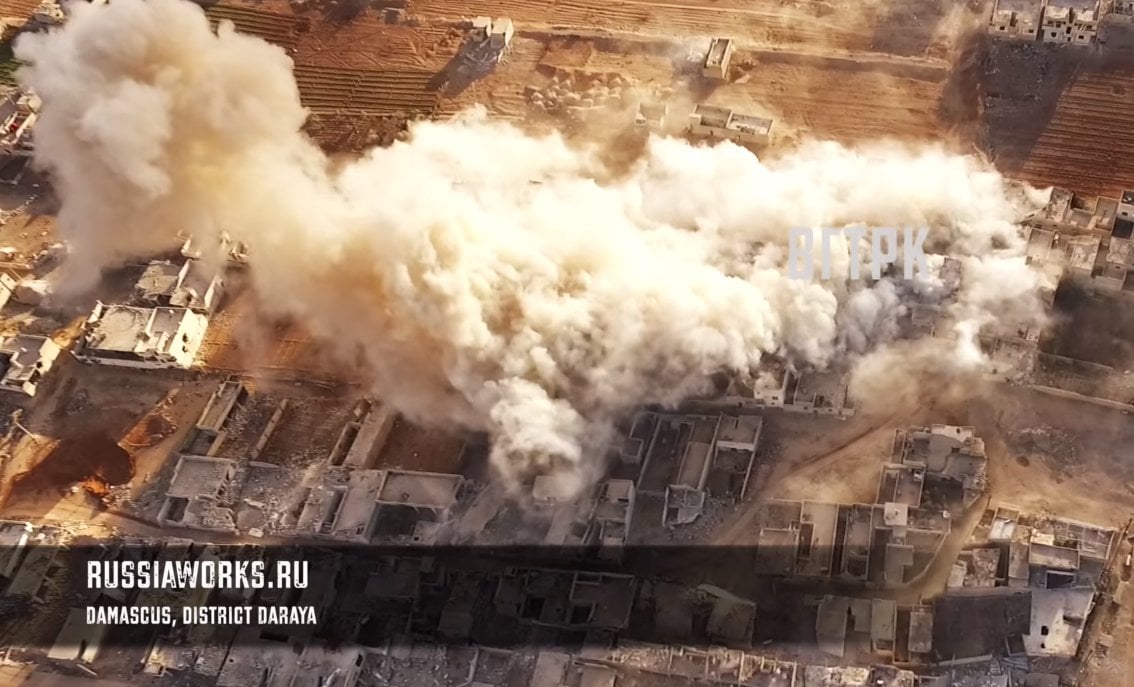 The Syrian civil war is often mentioned in news headlines due to the massive immigrant crisis it caused in Europe, but unique drone footage reveals the devastation of Syrian cities, reminding the world that Europe is handling a side effect of the real problem.

Offering an otherwise unattainable point of view, drones are being used to share the ongoing combat and humanitarian catastrophe, in what looks more like a scene from a Hollywood movie than the coverage you’re used to seeing from war zones.

A war zone, especially one involving multiple belligerents, is no place to send a news helicopter up in the air to capture the massive proportions of destruction.

On the other hand, the damage is so vast that it can’t be accurately portrayed from the ground. Luckily drones are good for more than just crashing into the Empire State Building, and this is where they shine.

RussiaWorks, a Russian company which Business Insider says is tied to the Kremlin, has recently uploaded a video showing military strikes and abandoned buildings in a suburb of Damascus.

The company uploaded another video last week, this time depicting the destruction of the city of Homs. Once one of the country’s largest cities, almost five years of fighting and 13,000 deaths have taken their toll, as can be seen in the video below.

While various organizations are using the videos to raise awareness to the ongoing crisis, it turns out the videos weren’t created out of pure journalistic motives. Back in October Boris Silberman, a Russia expert at the Foundation for the Defense of Democracies, had this to say to Business Insider:

“RussiaWorks is part of a slick campaign by the Kremlin to sell the war at home and project Russia as a military power.

“The videos are put together by a number of Russian war correspondents/production folks that are tied to the Kremlin and probably have a lot of time on their hands — and some good drones — to make highly edited videos.”

RT, the first Russian 24/7 English-language news channel, which is often blamed of being a propaganda outlet for the Russian government, has also shared drone footage documenting the destruction of Homs.

If you’d like to see what Homs looked like before ISIS, have a look at these fascinating photos of hot air balloons over Syria.

This website reveals which cities have the bluest skies