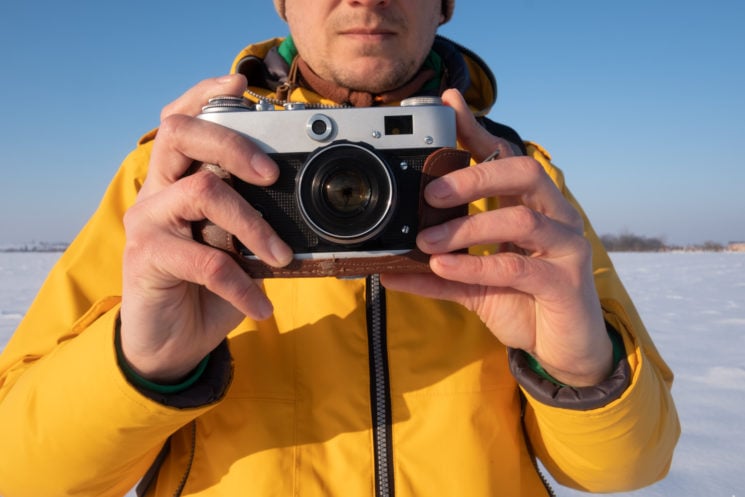 No matter if you’re a hobbyist or you’re paid for your photography, I’m sure you’ve come across all sorts of unpleasant situations. In this video, Daniel Norton reflects on some of the situations that we’ve all been through. Snobbism and vanity are something we’ve all encountered. To be honest, we may even be vain or snobbish to some extent, and maybe we’ve done some of the things he mentions. This video is a bit of a rant, but it’s an important reminder of what not to do and how to be a better human being.

In the video, Daniel gives a few examples of things that we’ve experienced, or maybe some of us even did them. The first one is mocking someone publicly. Let’s say you are an established photographer, who also has a lot of followers online. You sure know a lot about the craft, no one can deny that. However, you see someone who knows less, who takes mediocre photos, or uses a technique all wrong. And instead of helping them, you belittle them for “not knowing what they’re doing.”

Daniel even gave an actual example. An experienced photographer took a photo of a newbie who was clearly doing something wrong. He posted the photo to social media and publicly mocked them for the mistake.

I think that it goes without saying that this is completely wrong. In Serbian, there’s a proverb saying “no one was born with knowledge.” In other words, remember that we’ve all been newbies once and had to learn things from scratch. If you see someone doing something that’s not right, you can help them. You can teach them how to it instead of belittling them and mocking them.

2. Harsh comments on someone else’s work

I don’t think I’ve ever done this, yet I have received some horrible comments on both my photos and my articles. One of my favorite ones was, after I posted an intentionally blurry photo: “I delete photos like this straight away.” It was while I was still a noob and I just started sharing my images. And you can imagine how much of an impact it has left since I still remember it.

There’s no need to look at other people’s work and put them down. I know, newbies can post terrible photos sometimes, but that doesn’t mean you should be harsh. Once again, we’ve all been there once. If you want to give feedback, make it constructive and be kind. Also remember that just because you don’t like something – that doesn’t mean not’s necessarily bad. Be objective: judge technical stuff and how they affect the image, not if you personally like the photo or not. Being kind and friendly costs nothing, really.

At the end, I will quote my dear mom and something she’d been repeating constantly when I was a child: “If you don’t have anything nice to say, don’t say anything.” I pretty much live by this rule, but sadly – the rule of the people on the Internet is quite the opposite. There’s more negativity, trolling and bashing than positive comments and constructive criticism. So, don’t fall into that second group. And even if you don’t like something, there are always ways to respectfully disagree.

Make sure to watch Daniel’s video for more of his thoughts, considering that I posted more of mine here. And in case you’re dealing with trolls and people who criticize you, I recommend you watch this video from Sean Tucker, too.

Are you a photography snob?

How To Stop A Gear Snob From Bullying You