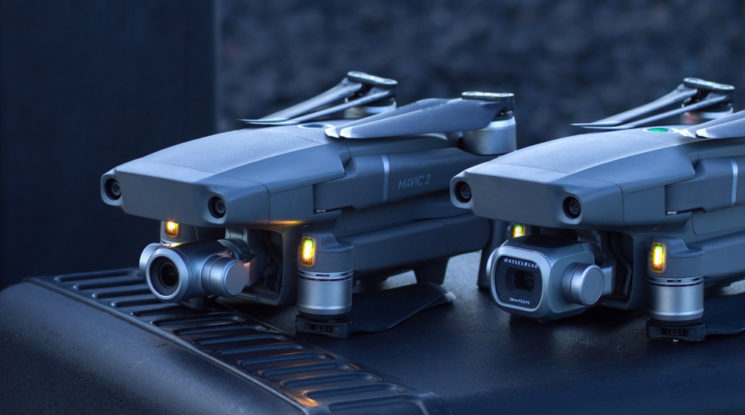 The Mavic 2 Pro is the true successor to the original Mavic Pro. It’s essentially the same drone, but better, especially when it comes to the camera. The new Mavic 2 Pro comes with a Hasselblad camera containing a 1″ CMOS sensor that shoots with a 10Bit DLog-M colour profile. This means it captures up to four times as much colour and brightness information as the camera contained within the Mavic Pro.

It captures 20MP still photographs and up to 4K video with 10 Bit HDR support. And you’re able to plug the Mavic 2 Pro straight into a 4K TV with HLG and watch the footage with the correct colour tones.

The big difference between the Mavic 2 Pro and the Mavic 2 Zoom is, obviously, the camera – if the name & photos didn’t give it away. Instead of the 1″ Hasselblad, this features a similar 1/2.3″ chip to that found in the Mavic Pro, except this one sees the world through a 24-48mm equivalent zoom lens. This allows you to not only get closer to your subject, but also allows for features like automated dolly zoom.

All of the rest of the features appear common to both new Mavic 2 drones, including new intelligent flight tools. Tools such as a new Hyperlapse feature which offers four modes of flight.

ActiveTrack 2.0 is an enhanced auto-tracking feature that allows the Mavic 2 to keep a stronger lock on its subject while flying around, especially at lower speeds. This helps with not only things like timelapse but also with the same tracking features we saw in the Mavic 2’s predecessor.

DJI says that the Mavic 2 is also safer, smarter and overall more stable with upgraded flight autonomy systems. It has more accurate obstacle sensing, and the Mavic 2 models feature 10 sensors on all sides of the aircraft – a DJI drone first.

They also come with a newly designed OcuSync 2.0 video transmission system for what DJI claims is a more stable connection between the drone and its controller. It features auto-switching between 2.4 and 5.8Ghz to find the strongest signals and can use different frequencies for sending and receiving data and video. 1080p transmissions stream up to a distance of 8km.

While the overall design looks like it might not differ too much from the original, DJI says that it has seen an aerodynamic performance boost reducing drag by up to 19% compared to the Mavic Pro. This allows it to fly at speeds of up to 44mph (72km/h) in Sport mode, with a more efficient and quieter propulsion system for up to 31 minutes – a minute more than the Mavic Pro Platinum. 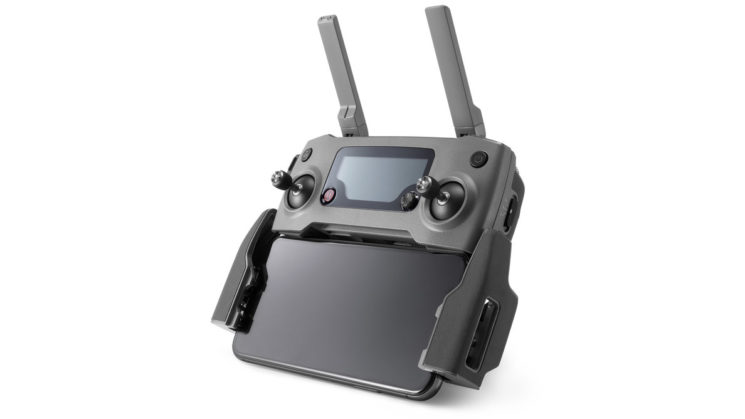 Also new is the controller. The most notable difference from the original, though, is that the sticks can actually be unscrewed and removed. So, you no longer have to worry about them snapping off or ditting into anything in your bag.

Whether it’s worth upgrading your original Mavic Pro to the Mavic 2 Pro or Mavic 2 Zoom will largely depend on your own needs. With the new drones now announced, original Mavic Pro prices will probably plummet fairly quickly on the used market. So, if you are going to switch, I’d probably sell sooner rather than later.

There are four packages in total, two for each drone.

And there’s also a Fly More kit for $319 which includes a shoulder bag, a couple of sets of props, 2 batteries, car charger, battery charging hub and a battery to power bank adapter. The DJI Mavic 2 models are available to pre-order now on the DJI store and are expected to ship at the end of the month.

Find out more about the new Mavic 2 drones on the DJI website.