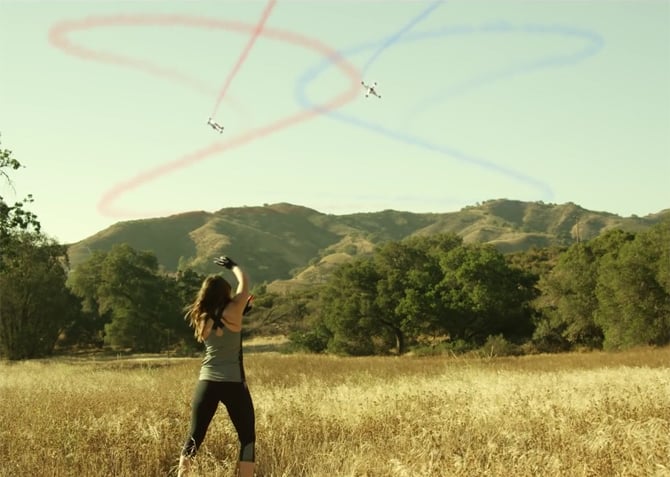 A new video released by DJI presents the Phantom X Concept drone, including a bunch of new(ish) and (kinda) useful technology.

Enlisting help from companies and brands such as Adobe, Lexar, House of Cards and Agents of S.H.I.E.L.D., DJI also presents what I predict could become the next biggest PITA – drone sky painting. 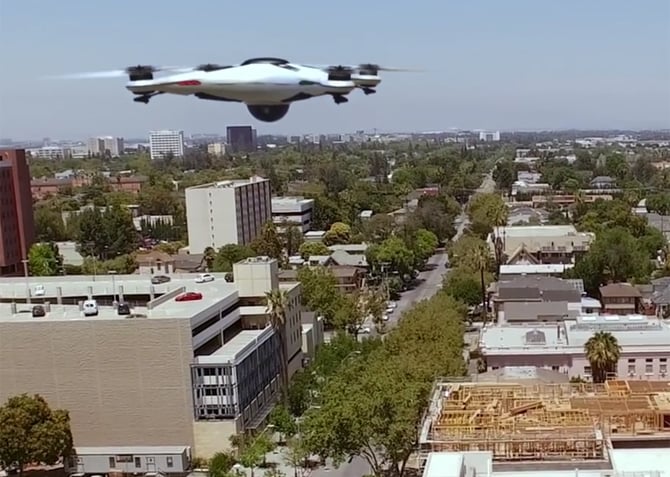 Two of the Phantom X’s coolest specs are the throw-in-the-air-to-activate option and the follow-me feature, but as No Film School points out, these are already on the verge of existing in the consumer space thanks to the Lily drone.

What the Lily drone is sorely missing and the Phantom X could turn into a mainstream feature is obstacle avoidance. It is almost surprising that GPS and follow-me capabilities are even being considered without being accompanied by obstacle avoidance, and if the FAA wasn’t so far behind when it comes to regulating drones I suspect this would become a legal requirement.

The fact that the innovative drone isn’t all that innovative didn’t prevent House of Cards executive producer Dana Brunetti from telling viewers how the drone will empower filmmakers and give them the ability to do things they were previously unable to do. One of these features is multi-angle shooting, and while I agree this is nice and could be useful mainly for live events, multi-cam is hardly new and is usually achieved in post production. 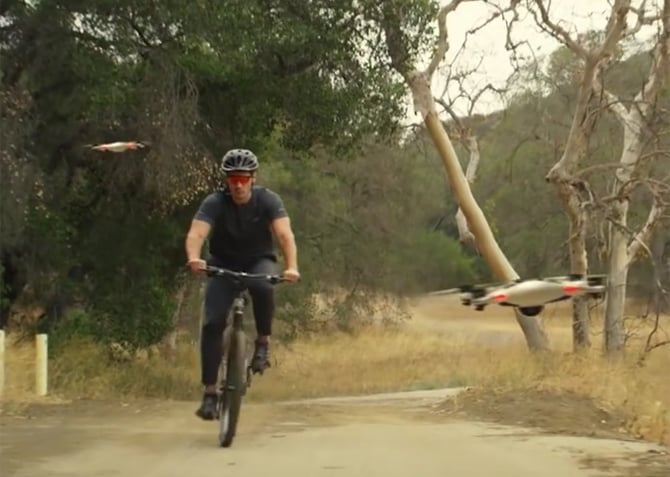 Not so helpful. Multi-Cam.

Adobe senior creative director Russell Brown gushes about “technology from the future” as the video shows the Lily-like drone activation, in another example of not-so-new ‘futuristic’ features. 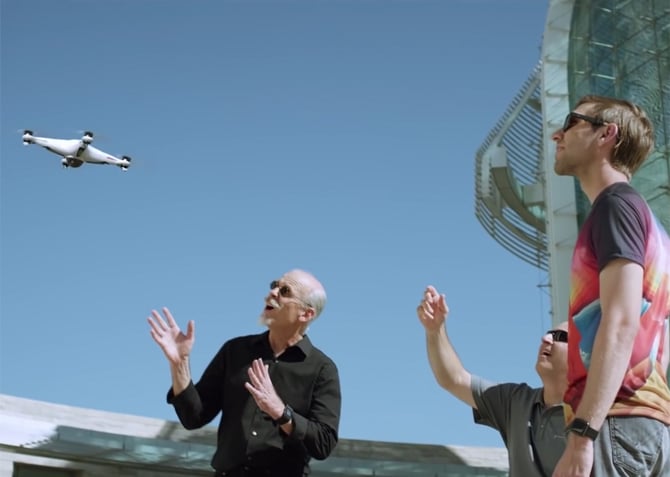 Not so new (but still cool). Throw-to-activate.

Jeff Cable, Lexar’s director of marketing, also took part in the video but with rather useless input (“Things that weren’t possible, even two years ago, now are possible”) and talking about taking selfies that technically aren’t really selfies, leaves one wondering if DJI paid for these companies to participate in the video or if they earned a spot in the video due to some behind-the-scenes business cooperation going on. Pinterest’s head of core experience Scoot Goodson is also there, though I’m not sure what cooperation could be going on there. 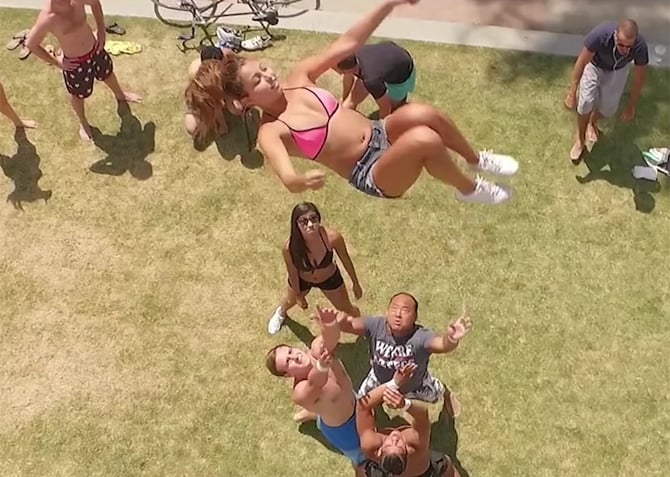 Last but not least DJI shows off the sky painting feature, and who better to present it that Agents of S.H.I.E.L.D.’s ‘Skye’? For obvious reasons DJI decided to ignore the fact that Chloe Bennet’s character has been renamed ‘Daisy’. I guess sky painting with Skye sounds better that sky painting with Daisy.

What won’t sound or look good, though, is when millions of drones will not only be buzzing above our heads but also filling the sky with ugly streaks of colors. I give it a day after release until the first ‘trash the dress’ shoot were both the ground and the air are filled with toxic, non-environmentally friendly materials.

I agree this feature is nice in theory, but in practice it is probably best left for the drone circus.

The big question left unanswered is will future drones be immune to the DroneDefender and drone-shooting neighbors?

I was also a bit disappointed that no Hasselblad technology was featured in the Phantom X after DJI’s recent purchase of a ‘strategic minority stake’ in the Swedish company.

« This Timelapse Shows A Cruise Ship Cut In Half, Then Added A MIddle Section
Two Amazing Composites By DIYP Readers »