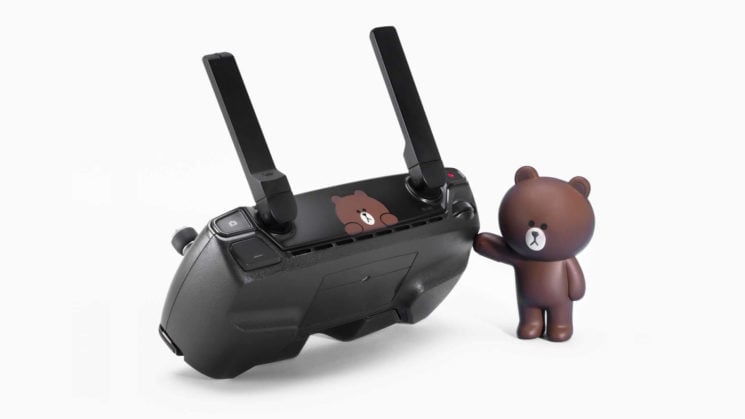 It’s an odd pairing, DJI and messaging app Line. They’ve come together to produce Spark drones themed on one of their “Line Friend” characters. That character is a bear, called Brown. The newly themed Spark is, naturally, brown. And it features pictures of the bear on both the drone itself and the controller.

I’d never actually even heard of Line until I saw this float across my screen. So, I suppose from that side of the equation, it’s helping Line out by letting more people know it exists. But it still seems like a very odd pairing for a special edition drone. 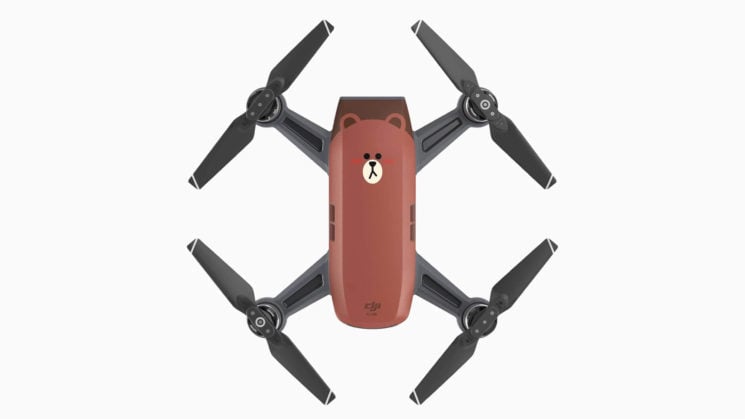 Other than the paint job, it’s the same Spark we already know. It has the same flight time, same flight range, same 2-axis gimbal with 12MP 1080p camera. The price is the same as the original, too, at $399, so you’re not paying extra for this flashy new look.

So far, Brown is the only character confirmed to be coming to the DJI Spark. And it’s available to buy now through DJI if you feel so inclined. There’s no word yet on whether any of Line’s other characters will appear on drones in the future, but they haven’t ruled it out, either.

It does suggest, though, that if DJI is bringing out newly themed Spark drones, then we probably won’t see a Spark 2 in the near future.

« How to shoot amazing concert photography
What is missing from photography »