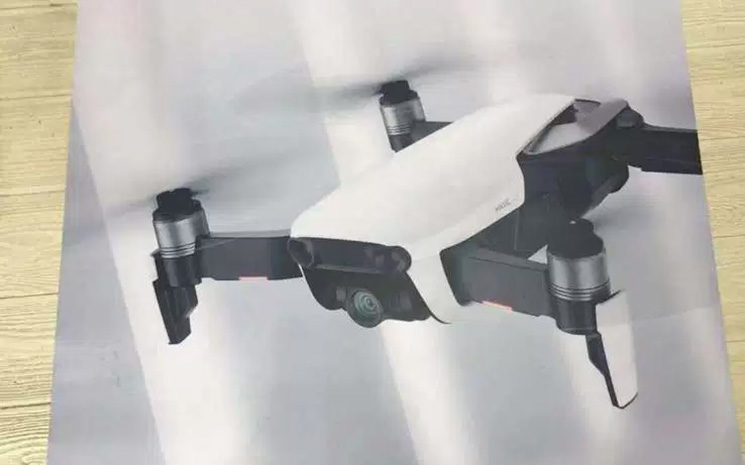 So, it looks like the rumours were true. DJI are prepping to officially announce the DJI Mavic Air in around 23 hours (at the time of writing). And these leaked photos from Drone DJ offer some suggestion of what may be in store. It kinda looks like a Mavic Pro and a Spark got together and had a baby. But is it really deserving of the Mavic moniker? 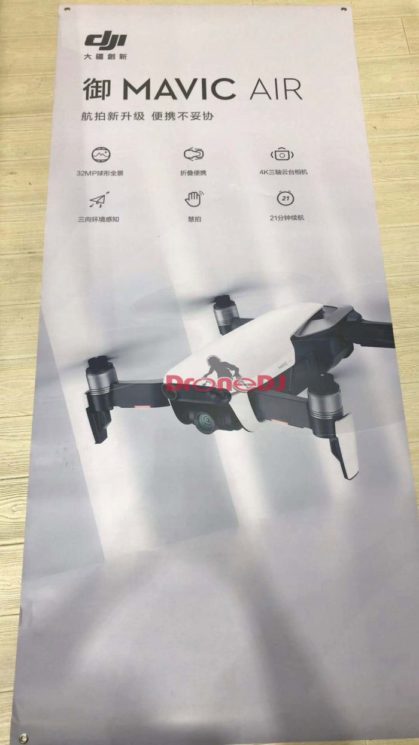 Drone DJ seem to agree that it resembles the Spark far more than it does the Mavic. Of course, it has folding legs like a Mavic and the camera is capable of 4K video and 32MP stills. Much better than the Spark. It also sports a 3-axis gimbal, which is a nice upgrade over the 2-axis gimbal found in the Spark. But it looks more like a Spark in design. It does have a relatively short 21 minute flight time, though. Only 5-6 minutes better than that of the Spark, 3 minutes shy of the Mavic Pro, and a good 9 minutes less than the Mavic Pro Platinum.

So, what specs do these leaks tell us? Well, according to Drone DJ… 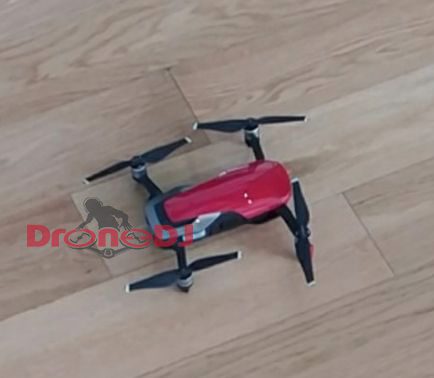 There’s no word on the sensor size or codec used for footage, and whether it’ll offer Log. There’s also no clue of the range, either. Will it be supplied with a controller or will you have to use your phone by default like the Spark? In this photo, seeing it in somebody’s hand, it even looks similar in size to the Spark. 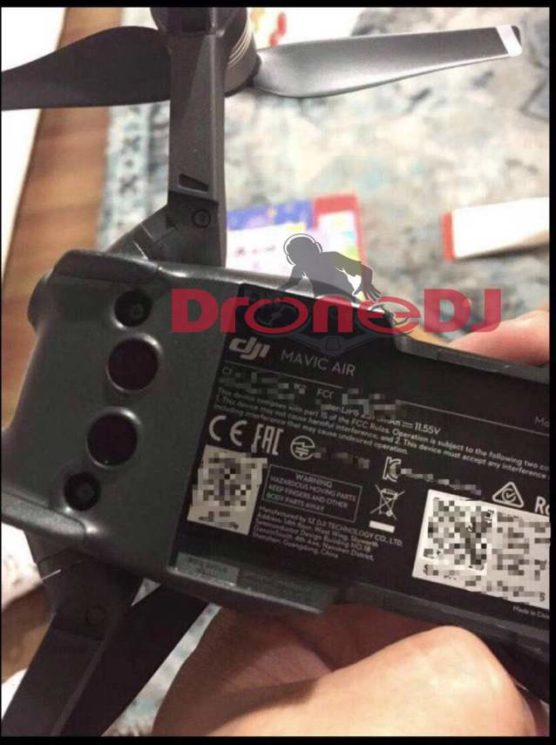 The best guess on the price right now is around $699, which is a nice middle ground between the Spark and the Mavic Pro. Although, I do wonder if it’s close enough to the Spark to kill sales of the that one completely. This already looks to be what many of us were hoping the Spark would be when it was first announced. Any potential Spark successor would have to be pretty impressive to justify buying it over this, even at a lower price.

But, in around 23 hours, we should know for sure. We’ll keep you posted as we hear more.

« Remember 1995 digital cameras? Here’s what shooting with them was like
10 tips to help you make fantastic travel videos »