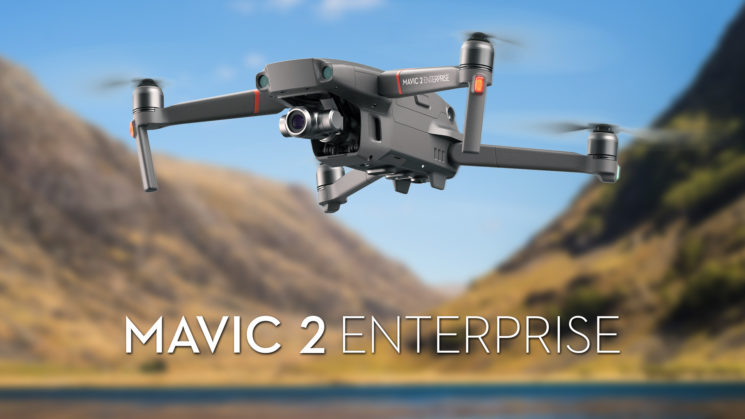 After having recently announced both the Mavic 2 Pro and Mavic 2 Zoom, DJI has now announced the new Mavic 2 Enterprise. DJI is turning the Mavic name from more being than just a single drone into a whole range of products focused on different tasks

Despite the name, though, the Mavic 2 Enterprise is not aimed at seeking out new life and new civilisations, nor boldly going where no one has gone before. It’s designed for more practical aerial video uses in non-filmmaking industries.

An “Enterprise” level Mavic popped up a few months ago. It was leaked back in July, although there wasn’t really any solid information back then. But much of what was shown then has now been confirmed. Despite being designed for things more along the lines of search and rescue, construction, surveying and such, the Mavic 2 Enterprise has the same sensor as the Mavic 2 Zoom with a 3-axis gimbal. It also includes the 2x optical and 3x digital zoom, too.

Although it’s fairly close in spec to the Mavic 2 Zoom, it’s unlikely most filmmakers will find this an attractive option. Where it does offer an advantage over the Mavic 2 Zoom, is with its batteries and accessories. Accessories designed for more demanding tasks than filmmaking. 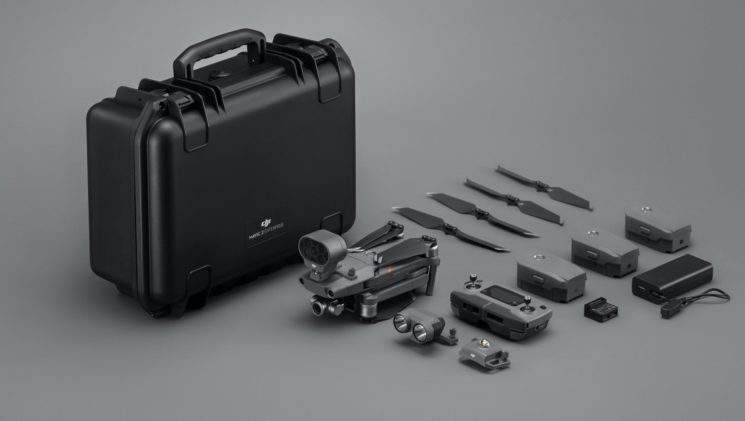 So, the batteries. If anything’s going to be potentially useful to filmmakers, it’ll be this. But possibly only if you live in Alaska, Canada, Antarctica or somewhere similarly cold. The Mavic 2 Enterprise comes with self-heating batteries which can work in temperatures as low as -10°C with an 8km range and 31 minutes maximum flight time.

Other accessories also include…

It was suspected in the leak that one of the units might be a speaker, although I still wonder how easily it’ll be heard over the sound of the propellers.

There isn’t much information on price or availability, just that you can order through the DJI website. So, for now, if you want to find out more and get your own, that’s where you need to go. No doubt it will eventually start showing up at some of the usual places.