Photographer Dan Tabar shoots on sound stages, movie sets and studios taking production shots and scene shots. (Those are used by the production but also sometimes get released as BTS from some movies).

When sound is rolling, the sound of the flipping mirror is quite disturbing and while the D800 that Dan uses has a “quiet mode”, it was not good enough.

The solution is to use a Sound Blimp – a sound absorbing case that mutes the shutter sound. A commercial Blimp goes around $1100, so Dan devised his own DIYed version for about $80using a Pelican case a  a base and PCV fittings.

“Having worked on a few sound stages, sets, and studios now, I felt the need for something to effectively suppress the rather loud shutter actuation and mirror slap of my D800. The “quiet mode” on that camera is a bit of a joke, and definitely does not cut it when sound is rolling on set. This limits when I can get behind-the-scenes/production shots without the audio crew wanting to murder me.”#

Dan cut the Pelican case to fit the D800 and fitted a few PVC reducers around it which gives him the option to use both wide and tele lenses. Since the camera is hidden in the case, Dan uses a Cactus 5 remote trigger to “press” the shutter. 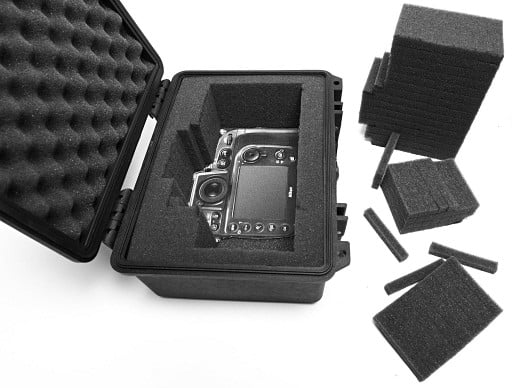 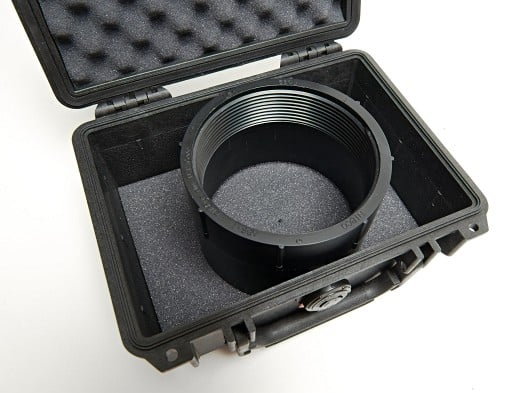 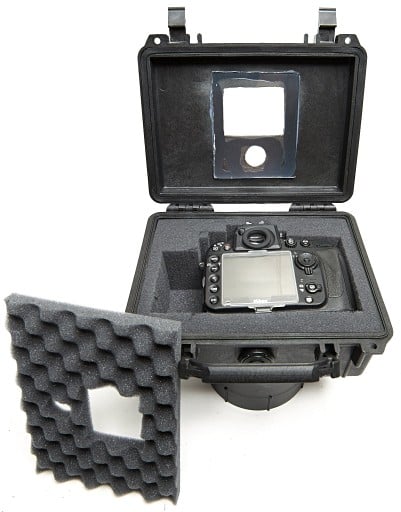 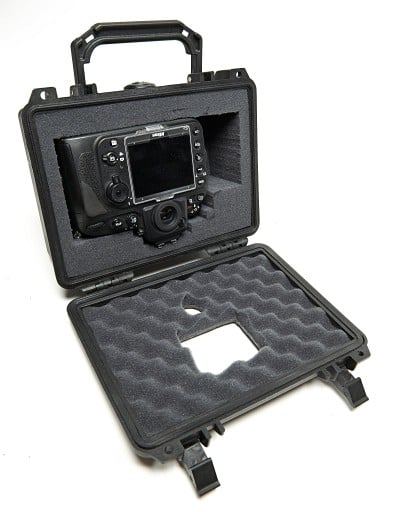 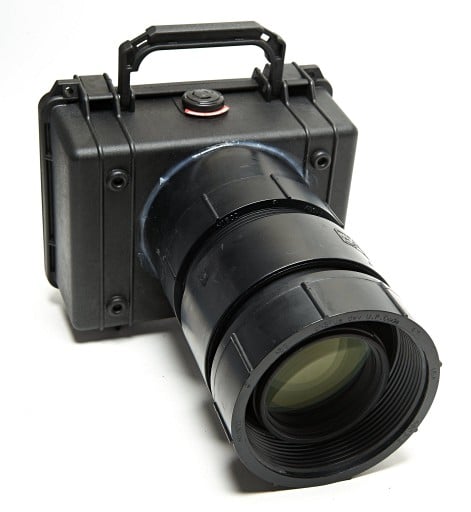 Here is a quick sound test that shows the impact of using the Blimp.

As an extra bonus, it seems as Dan is carrying a Black Magic :)