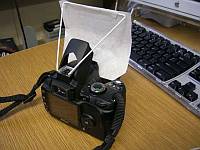 Why spend a fortune on an on-camera softscreen diffuser? (OK, 9 dollars are hardly a fortune, yet…). This guest post by Huy Hoang shows you how to build one for just a few cents. (Mental note: make a DIY manual on how to reduce the cost of a Nikon D2X by the same ratio). Huy is a member of DIYPhotography.net’s instructibles group – check it out. The idea is similar to the one explained on the speed light mounted softbox article, but takes half the time and can be used on a built in flash.

Hold on!! Why would you want a softscreen in the first place? I can think of two reasons: number one – the build in flash is soooooo small, it is a very hard light source. And 2 – it can not be bounced. However – you can get more out of it. Just to get your appetite going, here is what you’ll get when you are done 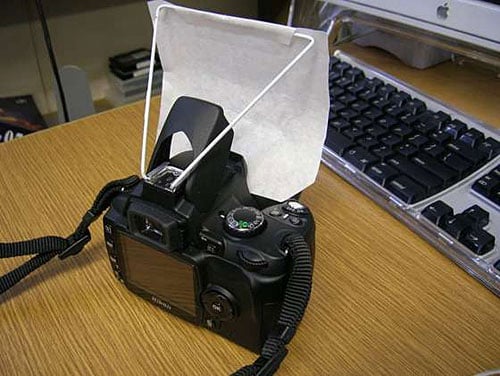 And now to the main dish of this article:

Well, if you are interested enough to read this post, I assume you know
what a diffuser is so no need to introduce its purpose. It’s just
another version.

The idea is very simple, the image speaks for itself: a cloth-hanger-wire frame with a screen cut out from vacuum bag.

Bend the wire, hang the screen – While cleaning my closet, I found the cloth hanger is pretty strong, so
I bend it to fit into the flash hot shoe, basically just a few trial
and errors. There are many wire sizes, some are too big and some are too
small. You will know which one is the right one. I had 3 sizes of wire
but only one made sense to me right away.

How you want it to cover the flash is up to you. I bent it into two
arms so I can hang the diffusing material in front of the flash.

Important: try to bend the wire along the side of the
flash hot shoe. Because the wire’s plastic coat will eventually come
off, you don’t want to short-circuit the pins on the hot shoe base. In
my case, the inner pins are lower than the surrounding, I just had to
make sure the wire is straight and not curve down to touch the inner
pins when I slide it in.

Canon (D)SLR: on the Rebel XT, I found a tiny switch
on the right edge of the hot shoe to detect external flash. If I slide
my diffuser frame in, the built-in flash won’t fire. I had to bend the
frame around the switch, it’s less sturdy but good enough
(unfortunately, I returned the camera without taking a picture of the
modified diffuser frame to show here).

My Nikon D40 doesn’t have any switch around the edge of hot shoe so there is no problem.

I tried different materials, keeping in mind that I need something that
diffuses the light evenly, blocks least light, and is durable. Printing
paper blocks too much light, while with tissue paper, you will need to
bring a whole box for replacement.

The material I’m using is from a vacuum bag. Because the air has to
flow through it, its transparency is somewhat equivalent to tissue
paper, but it is super durable (much better than printing paper).

I folded a flap on the screen and tape it so that it’s attached to the
frame and the whole thing can fold flat in my bag. You might want to
tape something reflective to the frame to save some light and prevent
you from being blinded by the bounced flash.

Well, it’s a small idea, nothing much to talk about. 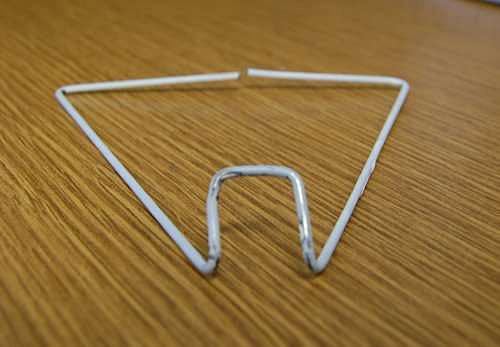 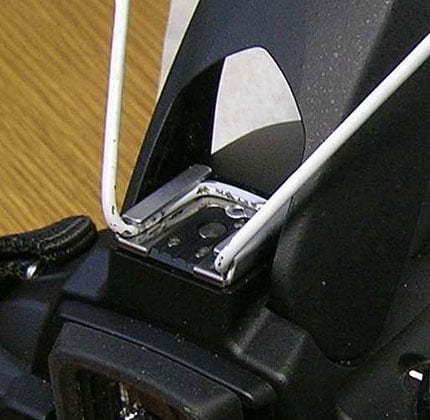 Sample photos for comparison and thoughts – As requested, I took two quick shots of a kitchen, mainly because the
flash is on top of my camera so I want something that has space below
it to see the shadow (the microwave oven and handlebar of the pan).

Notice that the photo taken with diffuser is darker because part of the
light was blocked by the diffuser although my D40 use TTL built-in
flash. But it’s not a big deal, it can be easily adjusted using
software. The far right photo has been adjusted from the middle one
using Level tool in GIMP. Also, I love the warm tone more than the flat
white.

After two weeks of carrying the diffuser in my backpack (folded flat),
sometimes it came out of the backpack with the soft screen completely
crumpled, and the tape I used to hold it to the frame fell off.
However, the material (vacuum bag) is so durable that I just straighten
it and back to good again. I had another DIY soft screen before using
normal printing paper and it couldn’t withstand 4 times of coming in
and out of the same backpack.

Image 1 – no soft screen – notice the sharp edges on the knife’s shadow and on the microwave shadow: 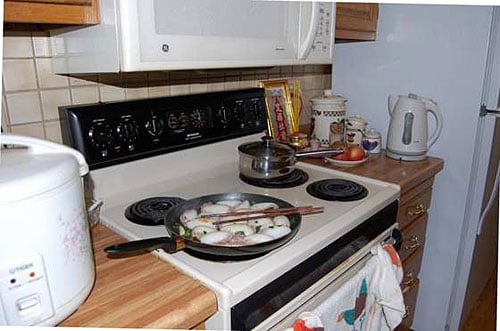 Image 2 – soft screen on – note how the knife shadow is almost gone, and the microwave shadow is nicely blurred. 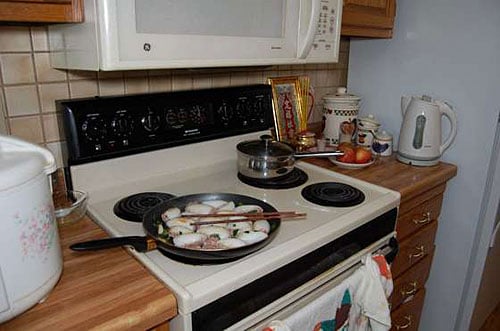 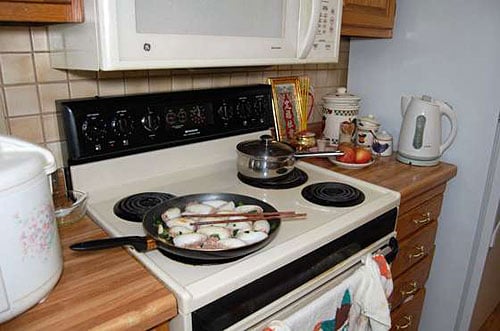 More on material – I just had a look at different vacuum bags in my house and realize that
not all vacuum bags are ideal, so I should clarify on the one I used.

I also tested a tissue paper I found left after dinner. I took two
shots: one with Rubbermaid vacuum bag, one with the tissue paper, and I
couldn’t tell the difference between them. The tissue paper is pretty
strong too (it’s from a big roll in the kitchen), but not as strong as
the vacuum bag and is thicker.

Another option is to use silk – it is cheap, strong and has great opacity. 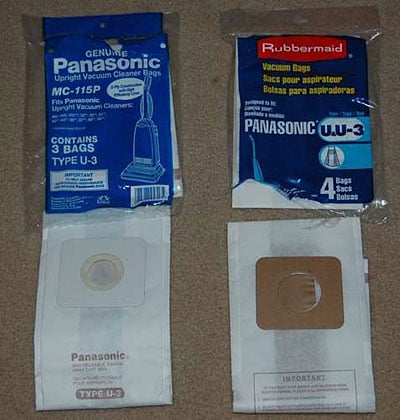 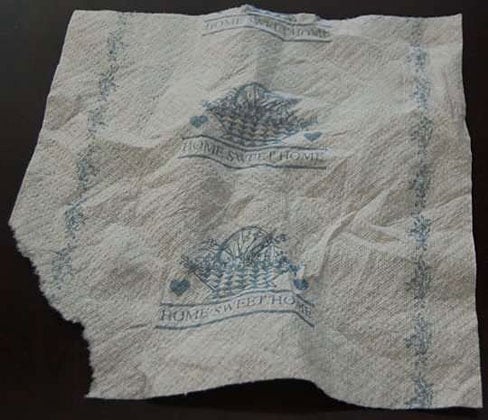 The Headphones Pop Up Flash Diffuser