Death Valley in California is not where you usually expect to find an aurora. Those are usually found way more to the north. 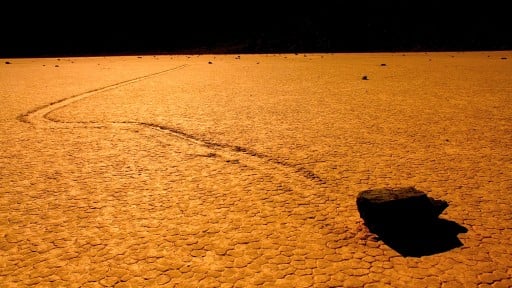 However team Starchasers came across a rare phenomena that caused an Aurora to appear as south as Death Valley, CA while they were shooting March 16th – 18th 2013.

“The pink aurora first makes an appearance during the star trails shot at 1:36 and later in more detail at 2:22. Since we didn’t even know auroras were POSSIBLE this far south, we did some research and learned there was a CME (Coronal Mass Eruption) solar event that night (March 17th) which likely triggered what we see”

If you are wondering what this CME is (and about the one in March 17th in particular) There is a great explanation from universe today accompanies by another wonderful timelpase that shows an 180 of the sky from a more northern place – Östersund, Sweden.

“This video taken by Göran Strand from Östersund, Sweden shows what happened on March 17, 2013 when a Coronal Mass Ejection hit Earth’s magnetic field. Two days earlier, sunspot AR1692 had produced a M1-class solar flare that resulted in the CME that hit Earth.”

Here is the behind the scenes from that shoot. Two things I have noticed: 1 – apparently the team is amazed at the aurora as they were not expecting it. 2 – They go out with the most minimal gear and create amazing videos: just a 5D, a tripod and an intervalometer.

« The Slider World Is Changing, Innovating, Are You Game?
Build A Camera With This Raspberry Pi Camera Module »