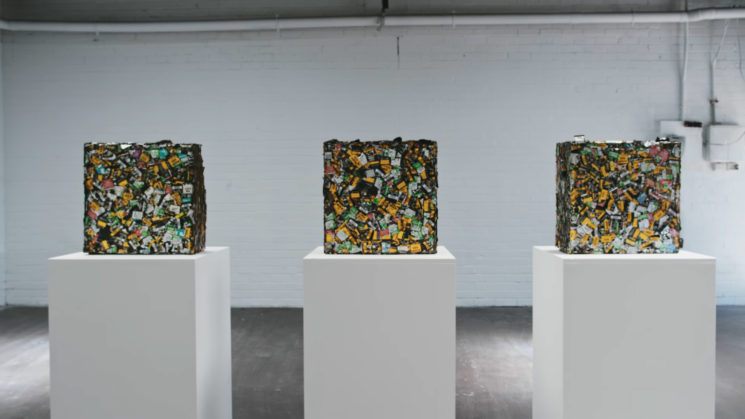 Those of us who develop ourselves typically throw the empty film canister away when we’re done. Perhaps we’ll keep one from a roll of something a little rare now and again. Hillvale, an independent film lab in Melbourne, Australia, however kept everything. Since opening shop in 2013, Hillvale have been saving the 35mm film canister from each roll of film that’s been brought in to them for developing.

Last year, they developed their 50,000th roll. That means between 1.2-1.8 million photographs. Hillvale decided to celebrate this momentous occasion by turning these empty film canisters into works of art. Well, they had to do something with them. The empty canisters were just taking up far too much room. Thirty 50 litre (13.2 US Gallons) tubs, to be precise.

No easy feat to achieve. It took a team of about 30 volunteers a whole week to prepare the canisters. The plastic spool and end caps had to be removed from each roll of film. And this was all done by hand. 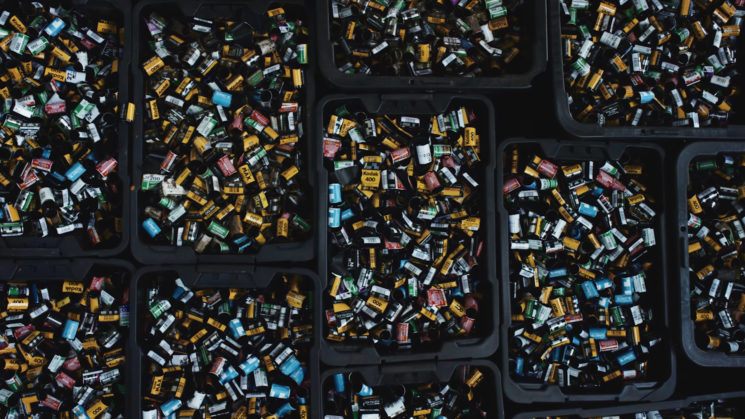 Then they took the tubs full of canisters to a local metal yard. There, they were given the squeeze by a 200 ton crusher which compressed the empty rolls into three cuboid shapes. The total weight of all three cubes came to 304kg (670lbs) and each contains around 17,000 canisters. Each individual despooled canister weighed around 6 grams (a little over 3/16 oz). 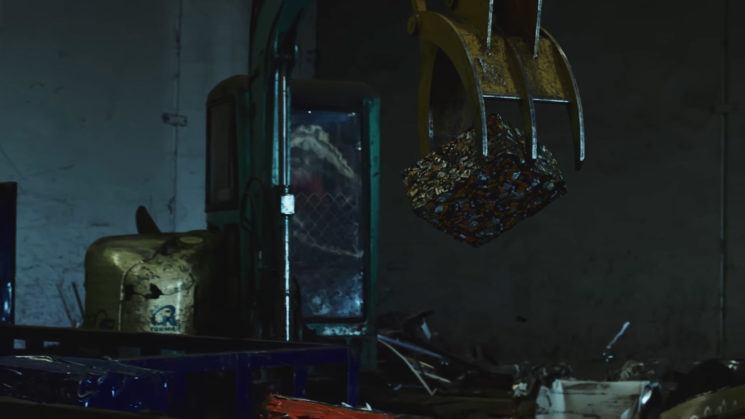 It reminds me of those frames you see on the walls of some businesses & offices that hold the first dollar the company ever made. But, making it more industry relevant is much cooler. It’s certainly a unique way to show off a big company milestone.

50,000 rolls over three years. Assuming a 5 day work week, that’s around 70 rolls a day, every day. For a local independent lab, that’s quite a volume these days, and would definitely suggest that film is far from dead. At least in Melbourne, Australia.