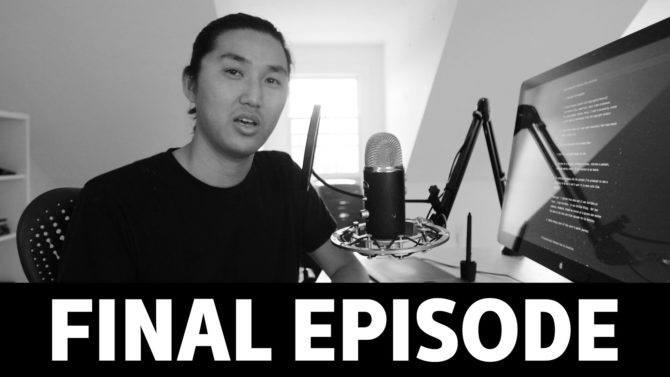 The Cinematography Database was one of the more recent YouTube shows I really started looking forward to the each week as new episodes were released. Now, the creator of the show, Cinematographer Matt Workman, has been forced to shut down the show in its current format over Copyright issues.

In the latest video to the Cinematography Database channel, Matt explains what happened, his decision to end the show in its current format, and possible plans for the future.

A number of people have suggested, and Matt also acknowledges, that Fair Use could potentially be a strong argument here, falling under the whole “Commentary and Criticism” thing.

The definitions for fair use, however, are so vague (as they were intended to be) that it’s not an easy battle to win, nor a long term solution to the fundamental problem.  Of course, lots of other YouTube channels get away with showing Hollywood material just fine, but they tend not to show it to such an in-depth extent.

Also, more and more TV show & movie creators are also pushing out their own content along similar lines as online “Extras”.  With viewers switching from buying DVD & Blu-Ray season box sets to watching through online digital services, where else would they put them?

As a quick example, HBO have already put up their “Anatomy of a Scene” video (be warned, spoilers, don’t click it if you haven’t watched the episode yet) for something in last night’s Game of Thrones.  So they may see shows like this as their “competition”.

As Matt’s channel does now contain “marks” against it for Copyright violations, he’s limited to only uploading 15 minute videos at a time.  So, even if he was able to, continuing the show in its current form isn’t an option.

It’s a shame that Matt doesn’t want to try and fight this, but it’s understandable why.  Going up against Hollywood isn’t a proposition to be taken lightly, and could easily and quickly destroy a career he’s spent over a decade building up.

It also goes to show that even for educational or personal use, where you’re not profiting from the content you’re “borrowing”, Fair Use isn’t always (or even often) a valid argument.  Even when it is, it’s usually not worth trying to fight.

It’s a shame, though, because you can tell from watching the cinematography breakdowns that Matt puts a lot of hard work and effort into producing them.  Whether you shoot stills or video, the tips contained within offer some great advice and insight into lighting, composition and how to tell a story with your images.

I have no doubt that whatever direction the channel takes in the future, it will be very good, but it will also be very different.

Matt has scheduled the videos for deletion before YouTube does it for him, but for now you can watch what remains on the Cinematography Database channel.

I wouldn’t wait too long, though!

Should Matt simply upload to a more forgiving platform and claim Fair Use?  Or do you think he was wrong to use the footage from the movies to the extent that he did?  Let us know your thoughts in the comments.