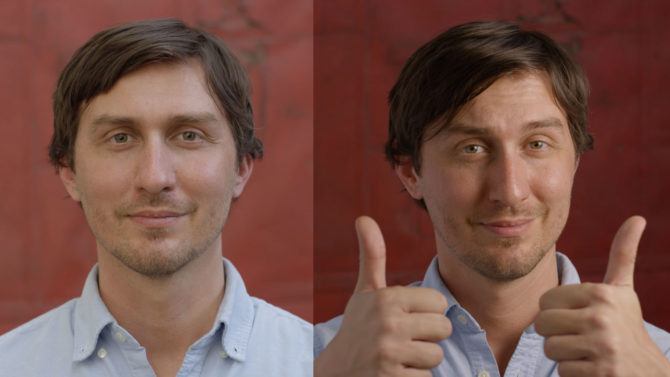 Working with minimal equipment can be a fun challenge. If you’re just starting out and have only limited gear, it can be your only choice. But what can you do to help make that one light produce more interesting results? Well, with the help of some flags and reflectors, you can do quite a bit.

This video from Morgan Cooper of Cooper Films shows us how it’s all set up and what task each component achieves. He is demonstrating the setup in relation to film, and he is using a rather expensive Arri SkyPanel LED light. But, the techniques can be used with much less expensive lights, such as the Aputure Amaran AL-HR672W. You can also apply the same principles to stills photography using a speedlight in a small softbox.

I don’t know if it’s quite “cinematic” (what even is that, anyway? is it one style of lighting?) but it’s certainly a lot more interesting than the ambient light bouncing around the room.

It may be argued that if one can justify taking a $5.6K Arri light on a shoot, then they probably have more lights they can take along to make their life a little easier. Multiple light setups do offer more control. But, that’s not really the point of the video. Don’t get hung up on what the gear is. He isn’t using one light because he doesn’t have access to more, he’s doing it to show us what can be done. 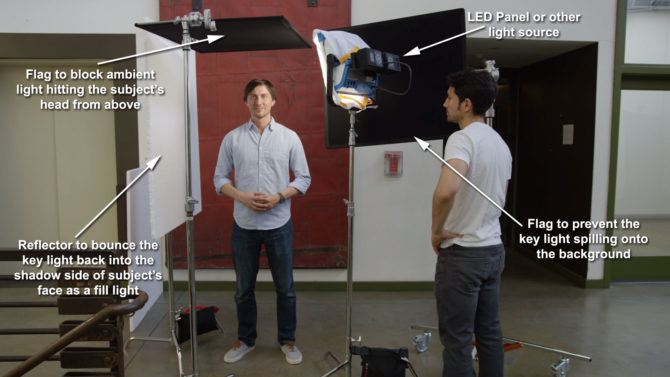 It’s an efficient setup. And the expensive LED panel and big clunky C-Stands can be swapped out for a much more portable setup.

Switch the C-Stands with some Manfrotto Nanos, swap the black & white boards with some folding 5-in-1 reflectors, and it’s a compact bundle of kit that could fit into a backpack. Ok, it might be a large-ish backpack, but a backpack none-the-less.

Knowing how to shape & control the light and use modifiers to your advantage is invaluable. Even if you’re not using artificial light sources, knowing how to manipulate light sources is essential as a photographer.

What’s your favourite one light setup? Let us know and show off sample shots using it in the comments.

More Clever Ways To Mount Foam Board Reflectors and Flags