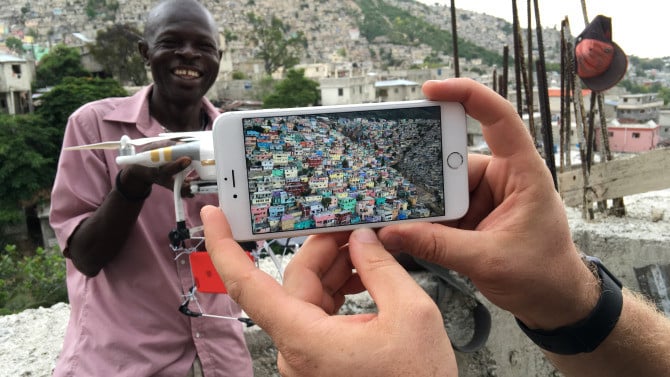 The filmmakers over at RYOT have just released a short mini-documentary that was shot entirely on the iPhone 6s Plus, which is some of the first footage we’re seeing made with Apple’s latest smartphone model. David Darg & Bryn Mooser, the filmmakers from RYOT, took their 6s Plus to Haiti, where they made a vibrant film about an inspiring Haitian gentleman.

The iPhone 6s Plus features a 12MP camera, capable of shooting in 4k, which also marks the first time an iPhone has seen a megapixel boost since 2011.

“When we heard the new iPhone would shoot in 4K, we thought about what we could shoot that would really demonstrate the power of the resolution. Jalouzi is so visually impacting. The mountainside is full of detail and color, so it’s the ultimate test of a camera’s ability. Plus, we’ve been wanting to tell the story for a long time.”

Of cousre, to watch the footage in it’s full 4k glory, you’ll need to have a setup that’s capable of playing it. If you don’t, you can still watch the video (and behind the scenes footage) at the typical lower resolutions.

You can read the entire story over on the RYOT Blog and take a look at all the footage, here:

« Dont have enough Selfies? Use This Spoon Selfie Stick So Everyone Can See You Eat
Fearless Tourist Shows You What To Do If A Wild Elephant Charges You On Your Next Photo Safari »