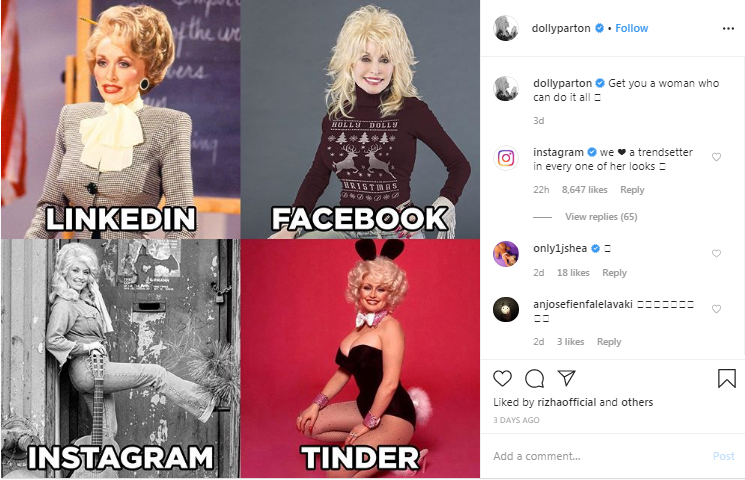 When Dolly Parton posted a photo of herself on her 74th birthday, I doubt that she had in mind what she would start. She posted four photos that jokingly emphasize the differences between people’s photos on LinkedIn, Facebook, Instagram, and Tinder. Soon enough, her post started a viral thread among celebrities. Everyone is sharing their photos in the same meme format, and it’s absolutely hilarious!

Dolly Parton posted this photo captioned “Get you a woman who can do it all.”

It didn’t take long before this format exploded all over the internet. The format has become wildly popular among celebrities and common folks alike. But here are a few of my favorite ones from celebrities:

These are also pretty funny – what would photos of Friends characters look like on different social media:

Even Met Museum made their version of the meme, and it totally cracked me up!

A post shared by The Metropolitan Museum of Art (@metmuseum)

The “Dolly Parton Challenge” even has its own hashtag on Instagram, with almost 54,000 posts at the moment of writing this, and counting. Wow! Of course, I couldn’t resist, and I also made one of my own: 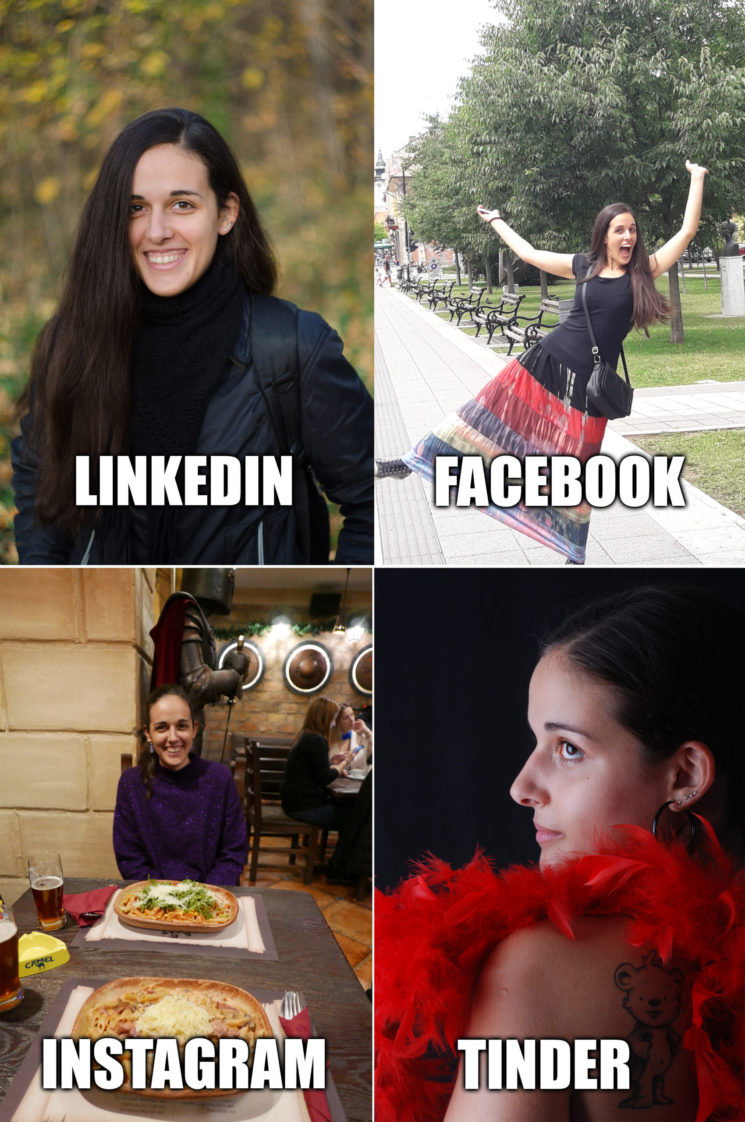 This trend and all the photos resulting from it are, above all, really amusing. But at the same time, I find them fascinating. First of all, it’s incredible to see how quickly something can go viral and spread all over the internet. I felt it on my own skin after “the Samsung story” exploded, but it never ceases to amaze me.

And second, this meme trend opens a whole new topic for discussion. It made me think: no matter how light-hearted it is, it makes us in a way admit that we indeed display ourselves in different light throughout different social media. I think it’s normal, though. I mean, you’re not searching for the same things on LinkedIn and Tinder (although there are exceptions). Still, it’s interesting to think just how differently we represent ourselves to different groups, and how many different personas each of us have.