A band of nine skydivers board on two airplanes, all equipped with GoPro cameras capture the footage of their lives this week. (no pun intended). 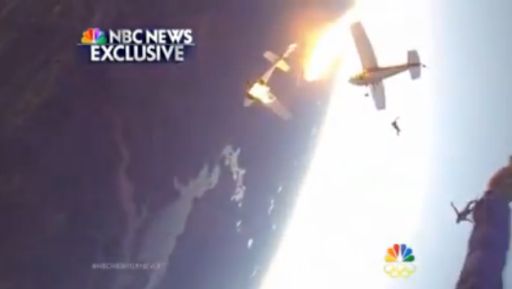 The two groups were getting ready for their last jump over Superior Wisconsin when, for an unknown reason, one of the planes bumped the other at an altitude of about 3,600m. The result was a huge fireball and one of the planes getting torn to pieces.

Luckily for the skydivers, they were about to perform a jump and go in formation, so everyone was equipped with parachutes and ready to go. GoPros were already rolling and captured the entire event.

The pilot for one plane managed to eject and land with an emergency parachute, while the other plane was safety brought to ground.

This footage from NBCNewsTV captures the entire event.

A drone did not collide with Boeing 737 in Mexico, investigation concludes