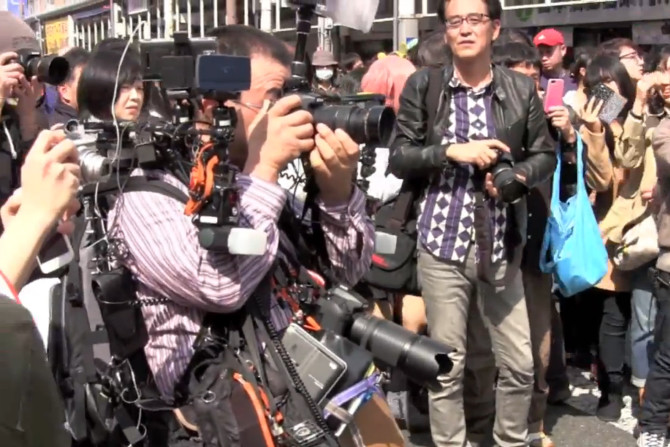 A few months ago I came across a photographer who had a DSLR strapped to his chest, another taking stills and a GoPro mounted on his head capturing video. Never mind that most of his footage was likely not even worth watching, he seemed to have a pretty decent method of carrying all that gear.

Then came along this Japanese photographer to show us all how it’s done. Almost more gear than man, this walking pile of equipment uses a custom-made rig to lug three Nikon DSLRs, the same number of off-camera flashes, a smartphone and an assortment of compact and action cameras.

This zealous photographer was spotted at a cosplay street festival in the Japanese city of Osaka, though you might be too focused on the guy to even notice the women with the green or purple hair, or the occasional karate guy walking through the frame.

The video was uploaded by the Osaka tourism channel and by the looks of it this guy seems to be receiving more attention than anyone actually participating.

If you happen to know who this guy is, please ask him to contact us. I’m dying to know what other gear he has packed away in the bags he’s carrying. 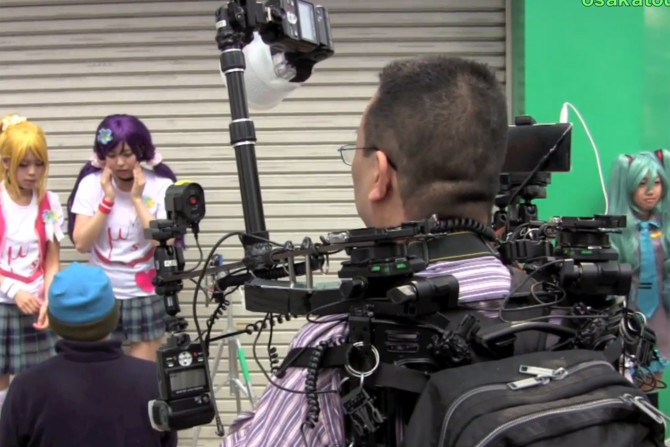