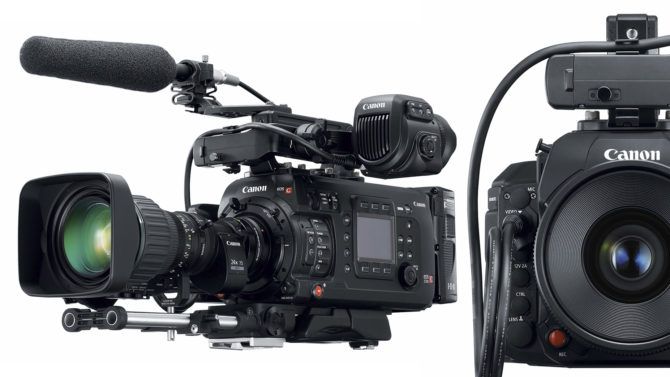 Canon have announced their new flagship cinema camera, and it’s quite a beast. It’s a much larger camera than the previous EOS C offerings, aimed at serious production. It’s also a far more modular design offering a lot of customisation.

With the optional Codex recorder, it captures 4.5K RAW video at up to 120fps. Internally, it captures 2K ProRes at up to 240fps, and 4K ProRes at up to 60FPS. It is the first Cinema EOS camera to support anamorphic shooting with a built in “de-sequeeze” function for external monitoring. It also features the same dual pixel autofocus technology of the 5D Mark IV.

Other than being able to mount EF lenses, that’s about where the comparison to the 5D Mark IV ends. While it may offer much of what people expected the 5D Mark IV to bring, it goes way above and beyond.

The top and bottom of the camera are basically cheese plates. Big flat panels loaded with 1/4-20 and 3/8-16 screw holes for mounting equipment. Equipment like microphones, monitors, rail systems, etc. 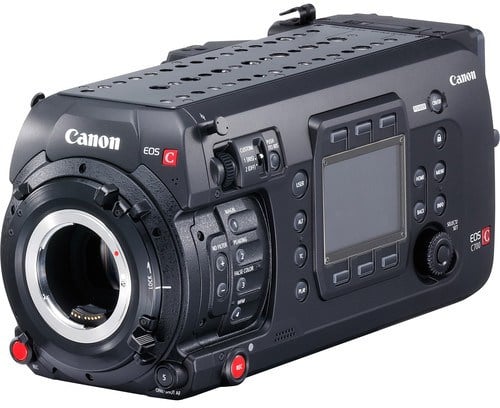 The new camera replaces the EOS C500, a rather modest but powerful little camera which never really hit the big time. It wasn’t Canon’s fault, the C500 is a very respectable unit, but the competition from Sony was just too fierce. Now, it appears that Canon are aiming at a slightly higher level and going directly after RED with the C700. But, it may prove to be just as tough a market to break into.

The C700 comes in two flavours. The first has the standard 4.5K rolling shutter CMOS sensor with 15 stops of dynamic range we’d expect. This is the version which contains Canon’s new dual pixel autofocus technology. It is available with either EOS and PL mount.

The other version contains a 4.5K global shutter CMOS sensor. It has a slightly lower dynamic range of 14 stops, and there’s no dual pixel autofocus. But, a global shutter is definitely better suited to fast action shooting. You don’t get any of the skew or issues common to cameras like DSLRs, including the new 5D Mark IV. This camera appears to only be available with a PL mount.

At those prices, it’s certainly not an alternative for those who were hoping for better video capabilities in the 5D Mark IV. But, if you’re in the market for a high end cinema camera, it’s certainly a worthy contender.

For those on a lower budget, there’s Canon’s also newly announced XC15 4K UHD video camcorder. Aimed at news and video production, it’s the replacement for the XC10 4K UHD camera announced last year. It does present one rather nice little upgrade, though. An XLR socket. 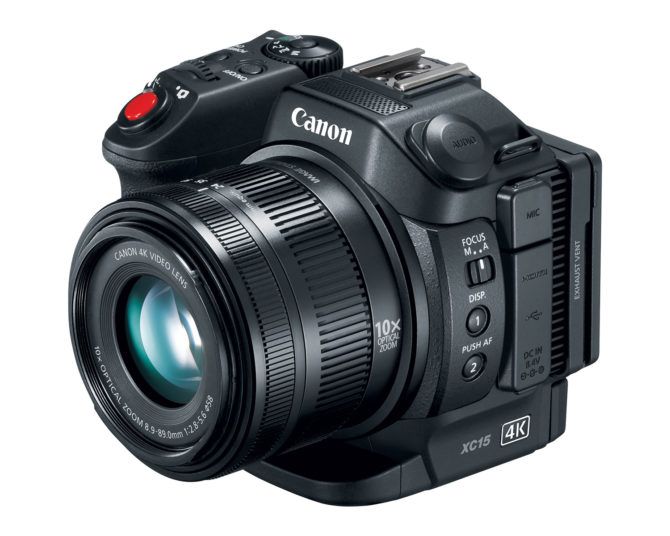 You can’t switch out the lens in this one. It’s basically video’s answer to a bridge camera (albeit an extremely good one). But it shows that Canon do occasionally listen to their customers. An XLR socket for feeding in external audio was the biggest failing of the XC10, and a welcome addition to its successor.

So, what are you doing for video? Will you stick to DSLRs? Do you already use one of Canon’s Cinema range of cameras? Does a cinema camera with a built in lens even seem worth it for anything beyond news reporting? Let us know your thoughts in the comments.