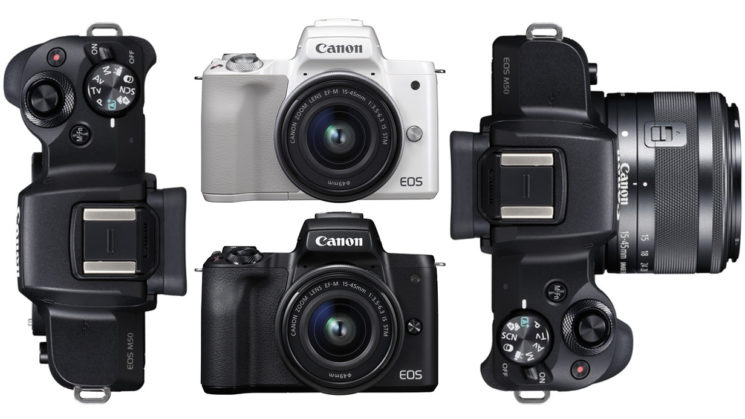 It’s nice to finally see some of the rumours squashed, and a couple confirmed. It also ends any speculation as to whether or not Canon were bringing back the eye-ball scanning autofocus viewfinder systems of the EOS5/A2e. They didn’t. It does look like Canon may have finally hit on the perfect combination of specs and stats to make the ideal vlogging camera, though.

Canon seems to have led the way when it comes to creating (near) perfect cameras for vlogging. Between the 70D, 80D, M5 and G7X II they’ve got things fairly sewn up in that market. The EOS M50, though, almost seems entirely targeted to that audience. But it seems that it’s no slouch for stills, though, either.

With its 24.1 megapixel APS-C sensor, dual-pixel autofocus and eye-tracking autofocus system (that’s your subject’s eye, not the photographer’s), it appears to be a rather nice compact little package.

Stills shooters will likely see the performance they’ve come to know and love from Canon’s other mirrorless options. Except with an improved autofocus system and faster continuous shooting rate. The new Eye-AF system is certainly going to be an advantage for shooting portraits or even photographs of friends and selfies. The flip out articulating LCD is also going to be a very welcome change from the tilt screens of Canon’s other mirrorless offerings. 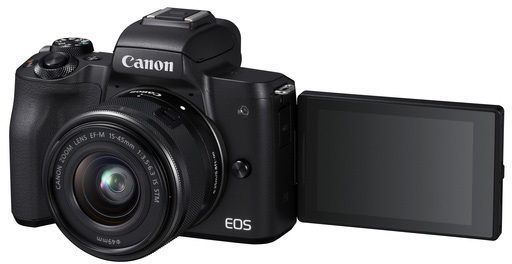 Throw a Manfrotto Pixi underneath there, and it makes the perfect vlogging camera. But there are two potential issues. The first is the rather noticeable lack of 29.97 frames per second (30p) for US users. To be honest, though, many have either switched to just shooting 23.976fps (24p) or are stepping things up to 59.97fps (60p). So, that might not be a big issue.

The other problem, though, and this could be a big one, is that the Eye AF system only seems to work in One Shot AF mode. Given that this seems to be this camera’s biggest selling point, more so than 4K video, it seems something of an oversight that this does not appear to work when shooting video. It could be that I’m wrong and misinterpreting the specs, but I guess we’ll have to wait and see.

But, if the dual pixel autofocus and new DIGIC 8 processor can keep up without that, the flippy out LCD, external microphone input, and lighter weight will definitely make this system appealing to vloggers. The fact that this is Canon’s first consumer body (mirrorless or DSLR) with 4K video is also going to be very attractive.

Updated note: Scratch that, no Eye AF, no dual pixel autofocus and a 2.5x crop when shooting 4K video. Your 18mm lens is now going to have a similar field of view to a 45mm on full frame. So, useless for vlogging. 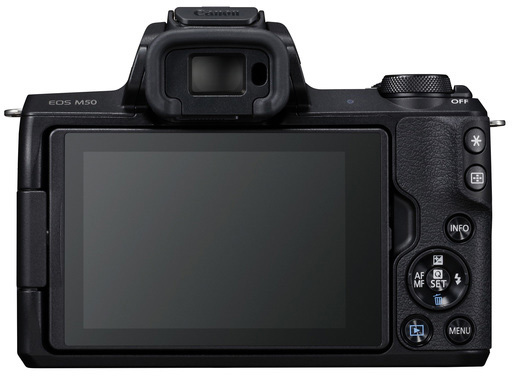 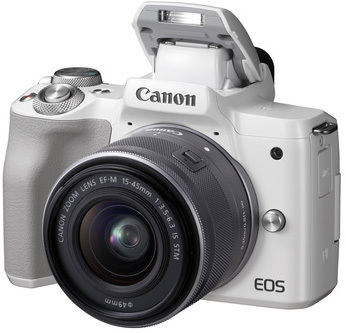 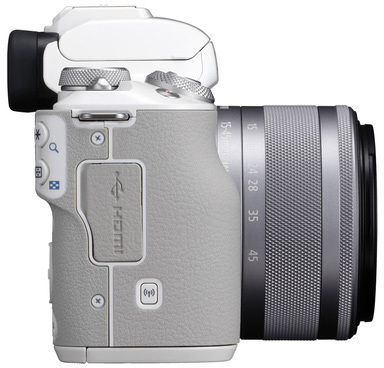 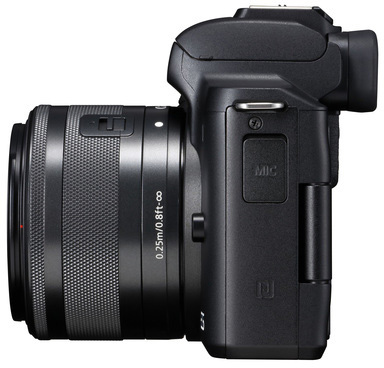 Check out the full specs and find out more on the Canon website.

« Buyer orders $6,000 camera from Amazon, receives a box of rocks. Twice [UPDATED]
Canon adds a motion control head to its new 470 EX AI speedlight – but why? »