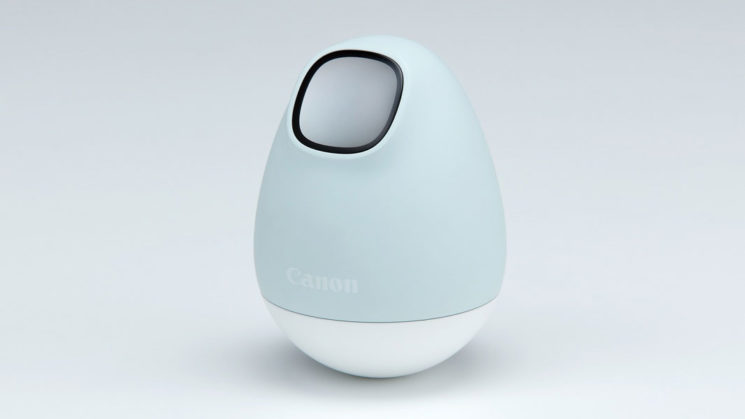 Canon has unveiled a new concept camera – something they seem to have been doing with alarming regularity over the last couple of years. I think it’s actually quite interesting, seeing a big brand like Canon taking on some of the ideas that would simply be seen as “gimmicks” had they been done by a lesser known company.

This new one, though… Well, it’s definitely a little strange. It’s called the Posture Fit and it’s essentially a camera that sits on your desk watching you. All the time. It makes sure that you’re taking enough breaks, that your posture’s good, and yells at you (in as cute a way as possible – apparently) to get off your arse or to sit up straight.

The new camera comes as part of a presentation, throughout which they stress the “cuteness” of the concept camera, posted to the Canon Imaging Plaza YouTube channel. The part about the Posture Fit begins at around the 24:20 mark (it should start playing from there).

The video talks about Canon’s journey into concept cameras, what they’ve done so far and where they might go in the future – which is the new Posture Fit camera. It is a neat idea, to be fair. Bad posture and not taking enough breaks is something that many of us are guilty of when working at the computer (especially over the last year where many of us have been working from home).

Canon’s goal is to make the device that corrects those issues as “cute” as possible. They say it also must grab the user’s attention visually, rather than just audibly. They note that noises and even vibration from devices like smartphones doesn’t really grab our attention. So, this camera kind of dances when it thinks we’ve been doing something wrong and wants to yell at us. 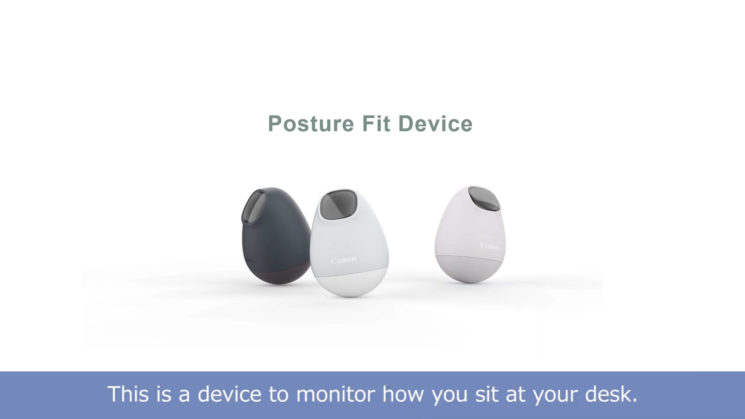 It sits on your desk all the time, in a kind of sleep mode waiting for somebody to sit down. When it notices somebody, it sits up, locks onto them and boom. That’s it. You’re being watched. Every second of every minute you’re sitting at your desk. Just waiting to be yelled at. To do its little “dance” to get your attention it essentially rolls to one side. It’s a bit like a Weeble. Remember those? They wobble, but they don’t fall down.

As I said, it’s a neat idea, and I admire the effort to which Canon seems to be going to make it “cute” and not creepy, but in a world where half the world’s webcams are covered in tape when they’re not actively in the middle of a Skype or Zoom call, it’s still pretty creepy.

Canon does say in the presentation that they don’t know if this camera will reach the retail market, and I’m still a bit 50/50 on whether something like this should, but it is very interesting to see not only Canon’s take on new and interesting uses for cameras but the fact that they’re actively pursuing the ideas to see how viable they might be.

Would you leave one of these sitting on your desk? Watching you? Endlessly?

Canon Set To Take Over Video Surveillance Industry With A $2.8 Billion Purchase