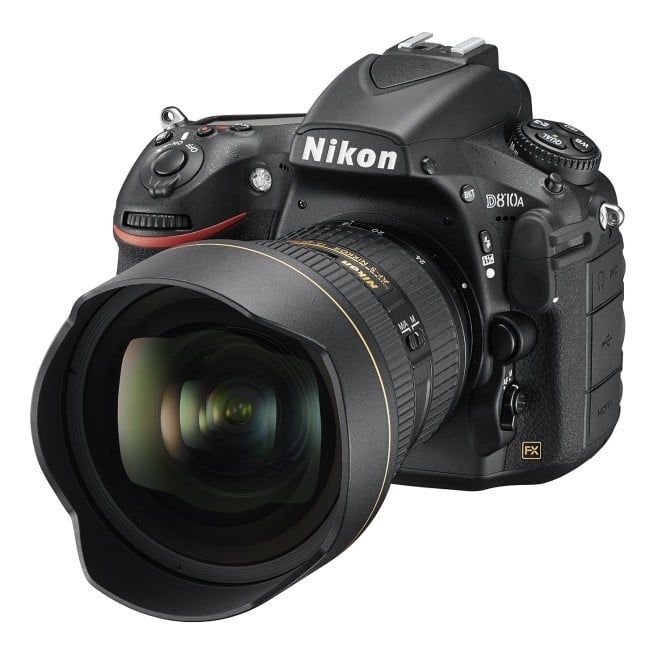 Nikon D810A. Will Canon respond with a 5D Mark IVa?

Not wanting to leave the astrophotography market to Nikon’s upcoming D810A, Canon is said to be working on its own dedicated full frame camera.

When the D810A was announced Nikon said it will start shipping in late May, so any day now, but its Canon competitor is expected to be released only in 2016.

Could we see a Canon 5D Mark IVa?

Should the rumor be true, it will be interesting to see which model will be converted for the mission.

The 5DS or 5DSR could be interesting options due to their 50MP sensors, but I definitely wouldn’t rule out an “a” version of the 5D Mark IV. In fact, with better high-ISO and video capabilities, this could be the better option of the two. A couple of major advantages going for it are the lower megapixel count, if you plan on taking hundreds of images and stacking them, and perhaps a cheaper price.

If that’s the case, we could see as many as three models of the 5D Mark III replacement – the “regular” 5D Mark IV, the video oriented 5D Mark IVc and the infrared-sensitive 5D Mark IVa.

With the rising popularity and lowered price of full frame sensors, but mainly because ‘that’s what Nikon did’, I’d be extremely surprised if Canon will eventually come out with a new astro camera without a full-frame sensor. Such a camera wouldn’t stand a chance.

If you don’t want to wait until further info comes in regarding this camera (or the rumor is busted), you can pre-order the D810A. According to Amazon the camera will be released on June 8th.