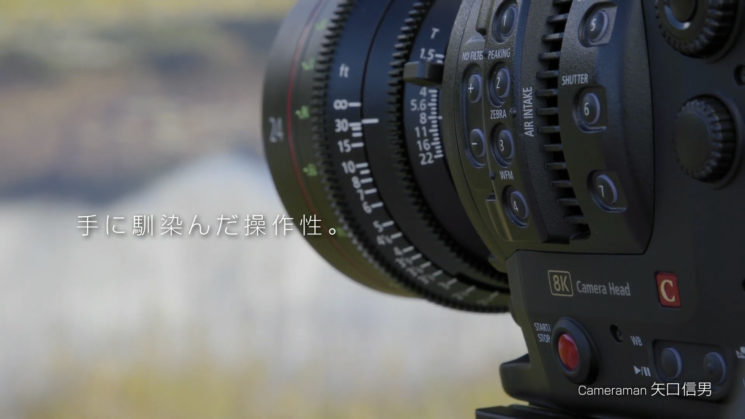 Well, this isn’t like Canon at all. After the big splash and months of build-up over the EOS R5’s launch and its 8K video capabilities, you’d expect they’d make a big deal about the launch of their new 8K EOS Cinema camera, but aside from a few sample clips, apparently not. Bear in mind, this is a camera that’s been more than five years in the making.

Canon Marketing Japan has released a new video with a lot of information about their new 8K cinema camera to their YouTube channel a couple of days before Christmas and told… well, pretty much nobody. And it’s not just a little teaser, either. This video is almost 12-minutes long featuring interviews with a number of Japanese camera operators and filmmakers.

The camera is described in the video as being “almost the same” as the Canon EOS C300 – but with an 8K sensor – and operation is virtually identical. Of course, you still require the “8K Conversion Box” if the clips in the video are anything to go by, so it’s still going to be a fairly bulky setup overall, even if the camera body itself is rather small.

There isn’t too much revealed with regard to the technical specs, beyond the comparison to the C300 and that it can shoot that 8K footage in RAW. Mostly, those speaking in the video talk about the feeling the camera provides and the benefits it offers for what they shoot. 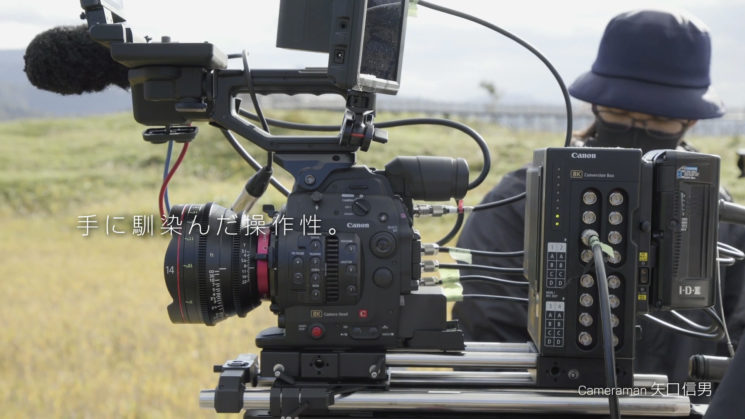 The camera is expected to be released at some point in 2021 (along with a second 8K camera). One is supposed to be a new flagship similar to the EOS C700, while the other (presumably this one shown in the video) is to be the “lower-end” modular one, more like the EOS C300 and EOS C500. No doubt we’ll hear more soon.

« This is what the Jupiter-Saturn conjunction looks like from a moon-orbiting probe
Another fast fifty? – The TTartisan 50mm f/1.2 review »