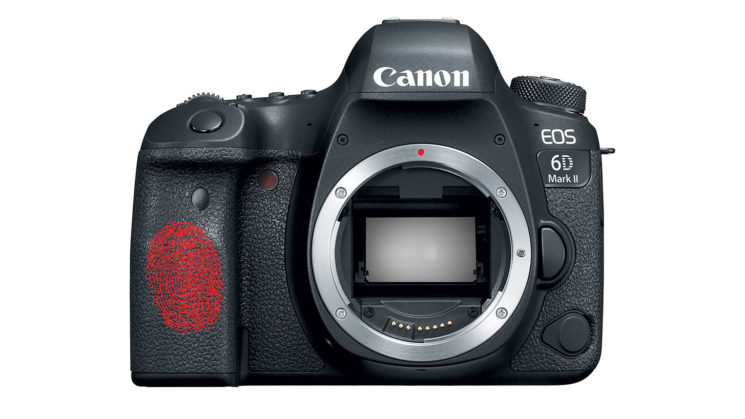 Canon has recently admitted that they are lagging in innovation behind other companies. Judging from that interview, there was no word about their plans related to photography. However, the company has recently filed a patent that lets you control your cameras and lenses using fingerprint detection.

The fingerprint technology allows you to program your camera and lenses for multiple users. It lets you save the specific settings such as IS, AF, and other customizable feature. When a user presses their finger to the sensor, the camera/lens will be set according to the user’s preferences.

Here’s what the sensors would look like on a camera and a lens:

Another possible use of the fingerprint ID technology is locking out the gear completely. You can program it only for yourself to be able to use the camera, similar to fingerprint unlocking on smartphones. I guess this would be useful if your camera got stolen, or to protect your images if it gets seized.

On the other hand, there are plenty of situations when the fingerprint ID is pretty much useless. If you wear gloves or if you shoot with the camera in an underwater housing, for example. Also, I don’t see it as a much-needed feature on a lens. It’s not clear, though, whether this patent will ever actually become a part of Canon cameras and lenses. But I guess users would be more excited to see the reported Canon’s full-frame mirrorless anyway.