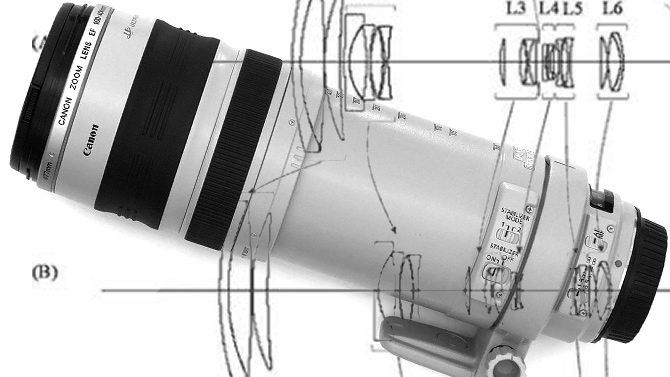 Canon filed a patent for a 28-560mm f/2.8-5.6L IS lens just a few short months ago. Now, they’ve taken out the image stabilisation and filed another. Many believed that the previous filing was just another patent that would never actually exist in the real world. This new filing suggests that it might happen after all.

It’s not uncommon for Canon to produce IS and non-IS versions of the same lens. Just look at their 70-200 models. You’ve got the f/2.8L IS, the f/2.8L, the f/4L IS and the f/4L. Whether they’ll do that with a superzoom, though, is another matter. It is possible, though.

One of the goals mentioned to Canon Rumors about a 28-300mm replacement was that they wanted to save weight. No doubt IS would be a big selling point in a zoom that reaches this far, though. Perhaps two patents and two lenses is a compromise. Those that want IS can get it, and those that don’t need it can save a little weight.

They probably won’t be able to save too much weight, though, as a lens with a max aperture of f/2.8-5.6 is still going to be hefty, even without IS. It probably won’t be cheaper than the lens it may replace, either.

But then, maybe folks are right. Perhaps it is another patent filed for the sake of it and it’ll never be made. Regardless, you can find a little more about it over on Egami (translated).

Do people even really use superzooms? I think I’ve only ever seen one person use a 28-300mm superzoom (and it was a Nikon one). I wonder if the fact that Canon’s costs over twice as much as Nikon’s has anything to do with its popularity. It could just be that people in general don’t like superzooms.

Do you use any superzoom lenses? What do you love or hate about them? Could you see yourself walking around with a single lens that has such a massive range? Or would you prefer more lenses with shorter focal ranges better suited for your purpose? Let us know in the comments.

$35 superzoom lens on a smartphone: is it even worth buying?

« 7 Tips to stay inspired in your photography
Quick Tip: How to not lose all your photos if your phone dies »