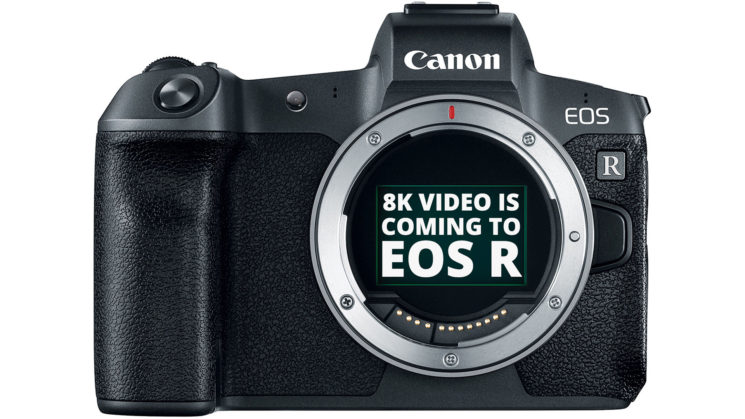 In an interview with Imaging Resource and Canon Exec, Yoshiyuki Mizoguchi revealed some interesting details about the future of the Canon EOS R and where the series may be heading. And according to Mizoguchi, that direction will be heavily influenced by video.

The interview, once again, confirmed Canon’s commitment to continuing development of their DSLRs and EF mount lenses. He also spoke about their intentions when designing the EOS R system.

We developed the EOS R System for the next 30 years, and started by introducing higher-end RF lenses. Yes, we are very serious about mirrorless. But please do not get the wrong impression, we will continue to enhance DSLR technology and products as well. We will work hard on both DSLR and mirrorless technologies and will wait to hear what customers say about each. Regarding the EOS R series, we are considering multiple models including a pro-level model, although I cannot comment on the time frame at this point.

There have been several rumours about how many and what type of EOS R bodies Canon will be announcing this year. Two new EOS R bodies have been rumoured for 2019. One is supposed to be a super high “more than 75-megapixel” resolution, and at least one is expected to have 5-axis IBIS.

But how is video influencing the course of the EOS R lineup’s future? Quite heavily, apparently.

Video will play a huge role in the EOS R System for sure. For example, an 8K video capable camera is already in our EOS R-series roadmap. And we are not just looking at video from a camera perspective, we are also working on how to make RF lenses better for video capture as well.

And they’re even thinking about video now with RF lens design.

For example, the RF 24-105mm F4L was the first L-series lens with Nano USM technology, which contributes to silent and smooth autofocus while shooting video. We are looking to further extend the Nano USM-equipped RF lens lineup. Paired with Dual Pixel CMOS AF, a wide range of Nano USM equipped RF lenses will promise video creators great image quality as well as impressive autofocus together in the R-series.

Of course, a camera being on the roadmap doesn’t give any indication as to when that camera may come. It could be during 2019, or it could be five years from now. But, it is coming eventually, so they say.

Mizoguchi also categorically denied any conspiracies that Canon was intentionally holding back features in order to not dent sales of their Cinema EOS line of cameras. After being asked quite bluntly, he responded…

This is simply not true; we do not place any limitations on video features for fear of losing Cinema EOS sales. We are keenly aware of what customers are asking for, such as 4K without crop factor, faster frame rate, in-body image stabilization (IBIS) and an extended product lineup with Canon Log. While I cannot specify a timeline at this point, these are all features we are aware of and are working on.

Well, let’s hope they figure out that first one, soon.

The whole interview is quite insightful and very interesting. Head on over to Imaging Resource to read the full thing.