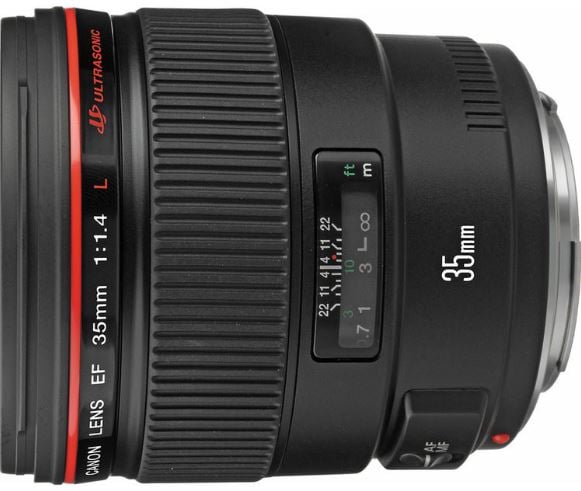 The Canon 35mm f/1.4L expected to be replaced in the near future, and after previous reports claimed the Mark II was being tested in the field by a select group of photographers, we’re now hearing that the lens is ‘done’.

A release date is unknown at the moment and is said to be dependent on the production rate of existing lenses, but will it not be too late?

Canon Rumors explains that although the 35mm f/1.4L II is ready for production, the manufacturer is still trying to meet demand of some of its already released lenses such as the EF 100-400mm f/4.5-5.6L IS II.

You’d think that if Canon really has a lens capable of matching of beating Sigma’s butt-kicking 35mm f/1.4 Art lens it would drop everything and make its production a top priority, but then again Canon’s 100-400mm lens is also taking fire from Sigma with its 150-600mm lens.

As previously mentioned, the lens is rumored to be released by the end of the year and CR marks a fall announcement as likely, but not alongside a camera. That’s too bad as a 5D Mark IV, or even a 1D X Mark II, and 35mm f/1.4L II release would have Canonists over the moon.

There’s currently now news on the expected price of the new lens, which will most likely be its weak spot versus its Sigma counterpart, and the weight is unknown either.

That being said, what the rumors do claim to know are that the lens will be dust and weather sealed, include all of Canon’s latest coatings, and come with a newly designed hood. The Mark II should also be longer than the Mark I with a smaller diameter and filter thread – same as the Sigma.

I’m not a Canon user but I’m excited to see how this lens will stand up to the third-party monster. Sadly for Canon though, by the time it finally releases its answer to Sigma, it could already be losing more clients to the newly announced Sigma 24-35mm f/2 – the world’s first f/2 full frame zoom lens.