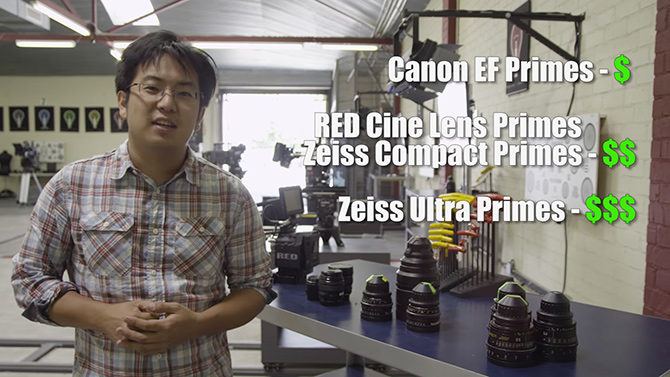 When it comes to buying lenses, you often get what you pay for, but is there a certain point where throwing more money at them doesn’t bring you any real benefit?

In this video, Freddie Wong of RocketJump Film School compares some inexpensive Canon EF Primes ranging up to about $500 with equivalent focal length $5,000 RED Cine Lenses and Zeiss Compact Primes and some $15,000 Zeiss Ultra Primes in an attempt to answer this question.

With the assistance of DPs Shaun and Jon, along with Jamie, who knows absolutely nothing about video, photography or lenses, several different versions of sequences shot with lenses at each of the different price points are shown to see if any of them could tell the difference, and whether it even mattered,

Optically, it seems that there’s pretty much no major benefit of the super high end glass, except when it comes to the extremes.  If you’re shooting at around f/5.6-8 then it would be virtually impossible to tell which lens each sequence was shot on, especially once the images are graded.

What you are paying for is that edge to edge sharpness, lack of vignetting, chromatic aberration and other issues at the extreme wide open apertures, and how they handle things like flare. 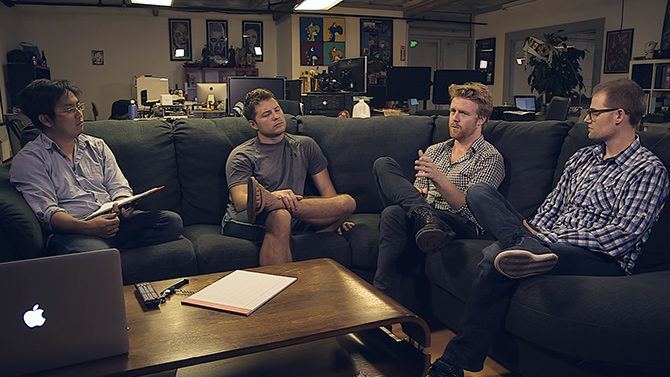 You are, however, also paying for an easier life and better workflow.  If your shot is reliant on nailing focus every single time using a follow focus, the higher end cinema lenses are designed specifically for recording footage, built specifically to work with with things like follow focus units, whereas DSLR lenses are not.

That extra few grand you spend on a given lens might save its purchase price several times over during the course of making a film due to the amount of shots you don’t have to do another take of because the focus was missed.

But, as is shown in this video, that doesn’t mean you can’t produce outstanding video with inexpensive DSLR lenses, it just takes a little more work.

« Leica M – The Full Review
The Value of A Professional Photographer, or, “Can I Have All the Unedited Photos?” »