I am not really sure how to tag this other than a big #fail for the USPTO, or a huge Kudos for Amazon’s IP attorneys. In a patent simply called Studio arrangement Amazon took IP ownership on what we all call shooting against a seamless white backdrop. 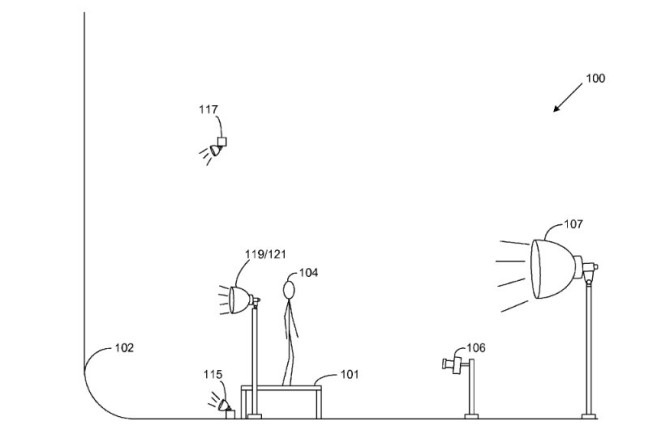 The patent describes the arrangement of elements in the studio to make a product shot. it even details the F-stop, ISO value and focal length you need to use [bold text by me]:

Another part of the patent describes a table and some trivial lighting: 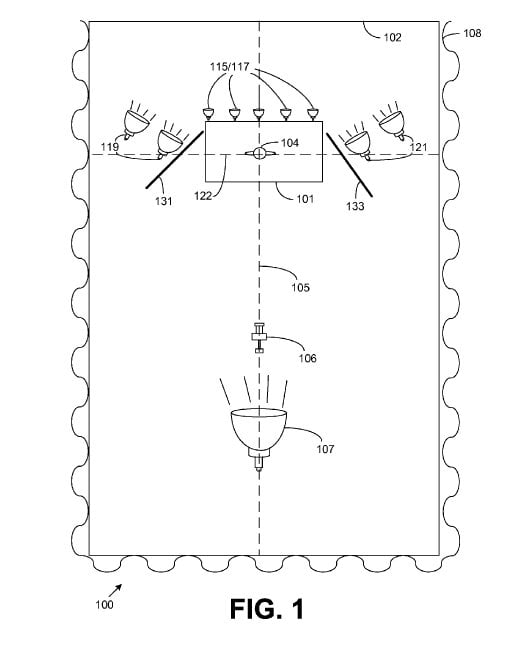 If this all sounds too complex, the patent also describes the workflow in which you have to work in order to take the picture: 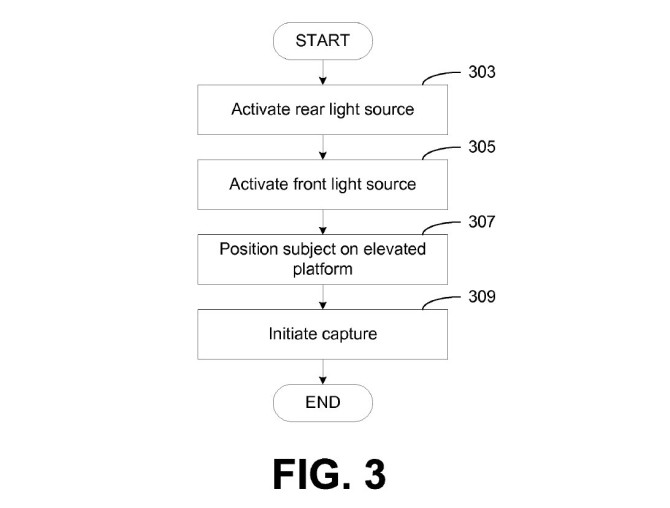 The patent number is 8,676,045B1 and you can read the entire boring text on USPTO, or just about any basic studio photography book.

Of course there is a reason for all that, and that is to take photos without any manipulation or green screen, as Amazon notes in the description of the patent:

Prior art solutions for achieving such a result for capturing images and/or video of objects set against a true white background include solutions that often involve some type of image retouching, post processing, “green screen” techniques, or other special effects and image and video manipulation to achieve the result of an object set against a true white background. Accordingly, as will be described herein, embodiments of the present disclosure provide a studio arrangement in which an object can be photographed and/or filmed, and the images and/or video captured by the camera achieve the effect noted above without any image manipulation due to the particular arrangements of the subject, camera, lighting and background.

Now, I am not a patent attorney, but it seems that 1. there is plenty of prior art on this and 2. there is absolutely no way to enforce it. I just hope that the lawyers at amazon are happy with their retainers.

« Mother’s Day Photography Gift Guide
There Goes Your Workday: Toronto Star Photojournalists Show Us How They Get Their Shots »