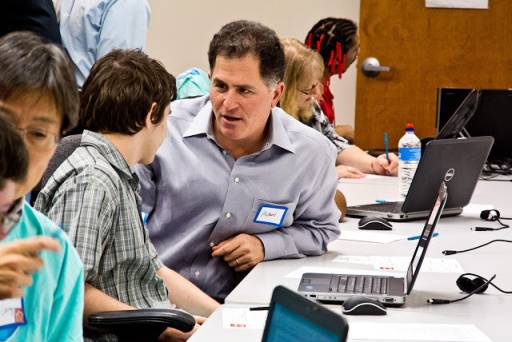 We talk about cameras and stuff like they really matter. As though our choices will dictate some plane of reality that will change our lives. And we give far too much credence to camera reviewers. Anyone who’s read my blog over the years knows that I’m as clueless about what constitutes the perfect camera as everyone else in the whole industry. We’ve chased after megapixels, high ISO performance, build quality, nostalgic design cues, low noise and high speed and not a single parameter makes much sense in its own little vacuum.

One of my blogger friends wrote a piece gushing about the high ISO performance of the Canon 6D and how it opened up the doors of perception for him by allowing him to shoot well exposed images in Stygian darkness. Problem is that the image he posted wasn’t nearly as good as the ones he’s done previously with much less capable cameras. He worked harder on the older images and leaned on the idea that his camera was providing the magic on the newer images. Big mistake.

Over the years I’ve had the opportunity to test a bunch of different cameras. Some are cameras that advertising and handling made me infatuated with and I bought those with my magic credit cards and, for the most part, over the course of months or years, felt the magic wear off and sold them or traded them in with significant friction of trade.

I believe that most of us pursue the hunt for the perfect camera because of an overwhelming sense of insecurity. Most of us believe that we are not possessed of talent or vision or any of the great stuff that everyone else seemingly must possess that gives them the opportunity to make great images. We see ads in which our role models and heroes profess to use a brand and model of camera and we buy it in the hopes that some of the great power of the technology will convey to us. Will lift our work up and help overcome our innate inferiorities.

We give away some of our power to the camera and to the reviewers and spokespersons. Why do camera companies have people review their cameras? Why do they select the people they do to evaluate their cameras? Well obviously they look for people with audiences and credibility because the testimonial is still a very powerful form of persuasion.

If you are looking to me to justify your camera purchase my opinion will only make as much sense for you as it does for me. So let’s look at my case study:

That’s the progression of my digital camera buying. And those are just the brands not the individual models (of which there have been many). Is there any logic to it? None that I can see. What’s the end result? Huge friction of trade at every shift. Thousands and thousands of dollars poured into black holes. In real estate we’d call it short selling. The reality for everyone in the market is that five minutes after buying whatever new toy we’re buying we’re under water.

But if, after every new acquisition, my images got demonstrably better and I got more creative and the camera did sprinkle a higher quality of creative pixie dust on me I’d gladly spend the money to move my ego (oops!) I mean my art forward. But the reality? The reality exists somewhere beyond my rational reach. I know each camera is, on paper, capable of more than the cameras before but does the technical capability of a camera have even the slightest effect on the emotional quality of photographs?

Not that I can see.

At the top of this blog I put a photograph that I very carefully selected as an example. It’s a picture of Michael Dell volunteering at Austin Easter Seals. I shot it with a Nikon V1 camera a few years back. I liked that camera and I probably sold it in a moment of stupidity after trying to make it do something it wasn’t designed to do. But I wrote a number of mini-reviews about it and it was definitely a workable tool. In fact, I think it did a great job at the Easter Seals shoot. It was small, discreet, fast to shoot and it seems to have handled the requirements of basic photojournalism quite well. Jobs haven’t gotten more demanding and imaging hasn’t gotten any more difficult but that little camera is gone and replaced by something new and shiny. At my loss. And the opportunity loss of that money in both directions. The acquisition and the sell.

If you took me seriously as a reviewer every time I get a crush on a new camera you’d be doing yourself a huge financial disservice.

A lot of the cameras I review are sent to me on short term loans. They arrive, I shoot with them, cart em around with me all day long and screw around with the files until I break em to find the quality boundaries. Most cameras are great these days. The differences are largely the way they feel and in how perverse the Japanese, Koreans and occasional German menu architect have turned out to be. Some cameras are operationally tough to use because of their interfaces. Some have handling issues that can only be solved by people with very plastic and elastic hands. Some cameras have no discernible spirit or soul and some cameras are just mean. But it’s all terribly subjective. At the end of the test period I get to send them back.

I’ve tested and shot many cameras and at some point in the process I’m nearly always torn between an appreciation for the images and some imagined or real shortcoming of the camera design. The files are beautiful. Sometimes you love the idea of the camera but the handling is not there yet. I like new stuff right up until the moment that it fails me operationally. If you looked at the images I shoot with the cameras and read what I’ve said about the cameras you might be tempted to buy the cameras. And with some cameras the early models sent to reviewers are eventually transformed by firmware updates that turn an operational assessment upside down. I don’t want to torch a potentially good imaging machine out of impatience. But you should always wait to buy one from any maker until you can handle it yourself. And that’s what you should do with every camera anyone reviews. Try it yourself. Work the controls. Use it the way you always use your cameras and see if the camera will solve your problems. Not mine.

Case in point: I love the look and the feel and the files of the Leica Vario X. So much so that when I handled it with the EVF attached I was seconds away from buying one on the spot. I’d owned many film Leica cameras and loved every one of them. But I walked away and took a breath. As I fought about the way I liked to shoot I admitted to myself that I almost always shoot wider than this camera’s apertures would allow. Especially in the focal length range in which I like to shoot. 70 to 90mm f2.0-2.8 is my sweet spot. I knew this camera wasn’t for me. But… Ming Thein wrote about it so eloquently that I wished it were.

I’m writing this in response to Charles who asked me about my camera choices in a previous blog. I hope it’s a better explanation than the one I wrote. I am always grappling with ethical questions that arise when writing about stuff.

When I see the image of Michell Dell with the kid in the image above I am reminded that all of this nonsense about cameras is time limited, constantly morphing and changing without check, and ultimately unsatisfying. No matter how perfect a camera is there will always be something to pine for in the yet unannounced Mark 2.

Kirk Tuck is a professional photographer for a few decades and the writer of best selling photography books.

He loves shooting portraits of people, and have shot both CEO’s of Fortune 100 companies as well as men and women who work with their hands.

HKirk writes an excellent blog called The Visual Science Lab which I highly recommend. This post was originally published here.

« 15 of My Favorite Photography Products Under $50.00
Portraits Of A Girl Taken Sideways With An Extra Face »