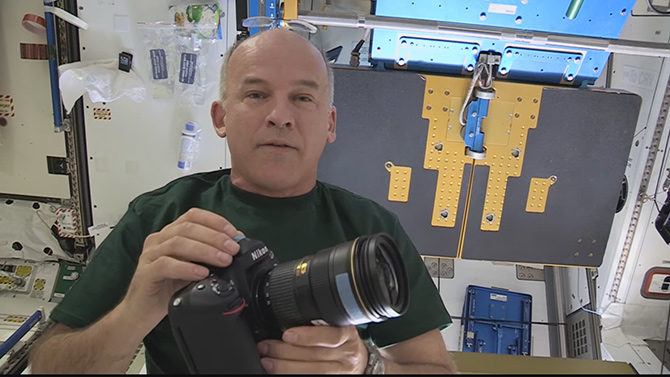 From the moon landings to present day, one constant question that much of the world’s population has when it comes to space missions is their choice of camera equipment.

During the space race with the then U.S.S.R. of the 1960s, and using primarily Hasselblad cameras with 70mm film, NASA found that they needed more portable cameras for active situations.  This was when NASA’s long history with Nikon began, and they have been supplying NASA with camera equipment ever since.

Recently, in a Space Station Live stream, American astronaut Jeff Williams received the question again and went into some detail on the equipment they use on the ISS.

Known for the high level of detail they can capture, wide dynamic range, and high ISO performance, NASA’s weapon of choice today is the Nikon D4, of which the ISS houses several, along with a wide selection of Nikon lenses, including the Nikon 24-70mm f/2.8E ED VR shown in this image. 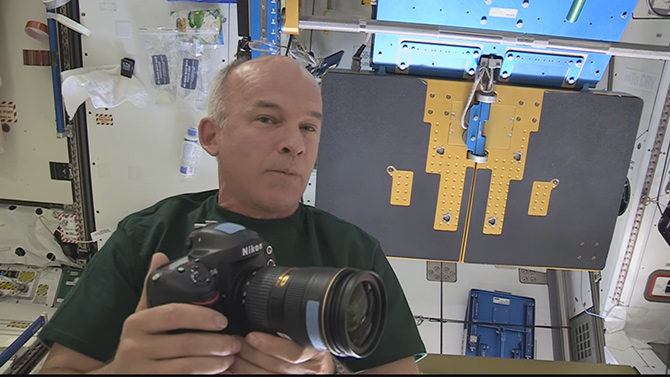 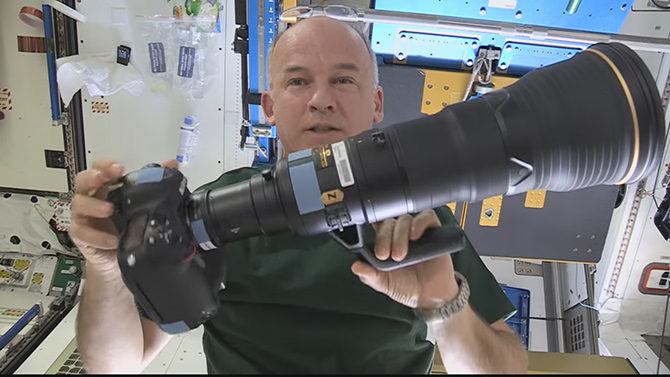 Towards the end of the video, Jeff shows us his Window on the World, through which he creates many of his photographs, and is the only point on the space station from which you can view the entire planet at once. 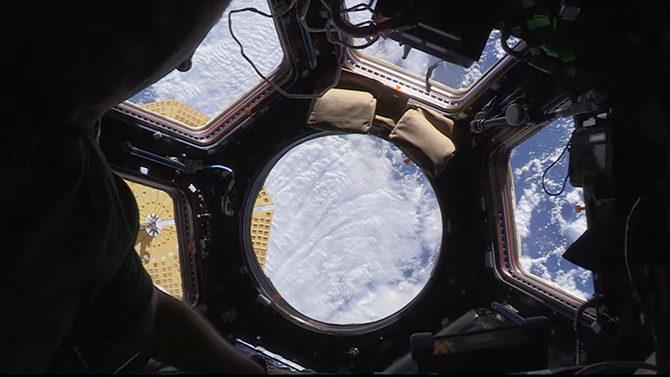 Jeff also talks about some of the techniques used to create video from still images, by creating panoramic images which are panned in post to produce some amazing results.

Here is one of Jeff’s merged panoramas of the Andes Mountain Range coming up to the horizon.

Merged panorama of the Andes Mountain Range on the horizon. pic.twitter.com/RIETp6SUY2

And the resulting video, zoomed in and showing the kind of detail that can be captured with their Nikon equipment, even at this great distance.

A closer look at the Andes Mountains on the horizon.https://t.co/MDK8PQCk1J

You can follow more of Jeff Williams’ adventure over on Instagram and Facebook, or reach out, far out, to him through Twitter.  You can also keep track of the ISS on the Space Station Live Ustream feed.