Update, now with video. (Thanks Mike!) In what I would call the weirdest animal/photographer encounter of the year, Roger Trentham reports to witness and photograph a Spike Elk sparring with a photographer. 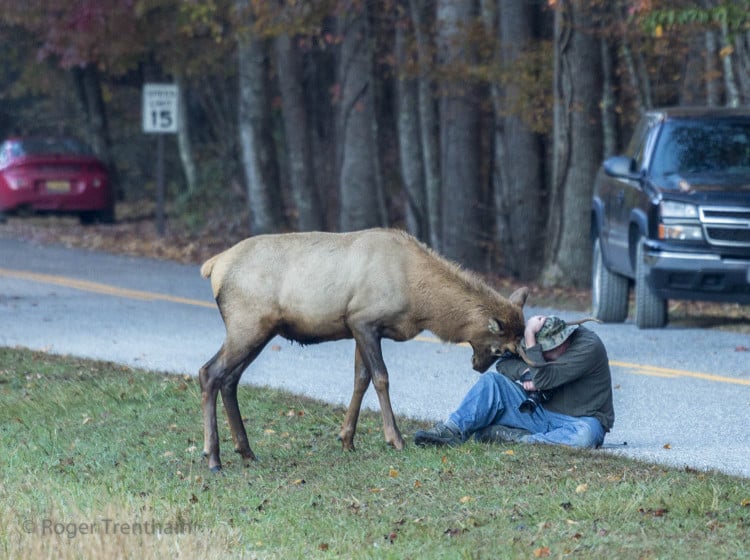 The group was photographing a small herd of elks in the Cataloochee park while a young Spike Elk wanted some mischief and started sparring with one of the photographers.

The photographer tried his best to avoid eye contact and any aggression but the young spike simply did not let go. Eventually, one of the other photographers approached with a car where the photographer hopped in, leaving the camera bag on the ground.

Eventually, the car came in closer, and the photographer grabbed the bag, only to have the young Spike spar his reflection in the mirror.

This is just a reminder of how crazy wild life photography can get and that you can never be too careful. More elk vs. photographer photos over at gosmokies.

P.S. – In another photographer vs. nature endeavor, a GoPro mounted ram goes at a motorcyclist.