Obtaining access to a cool set is awesome, but the question is do you know what you are going to do once you arrive on set. Luckily for this shootout, I knew the location and had a fairly good idea of what I was planning to do. 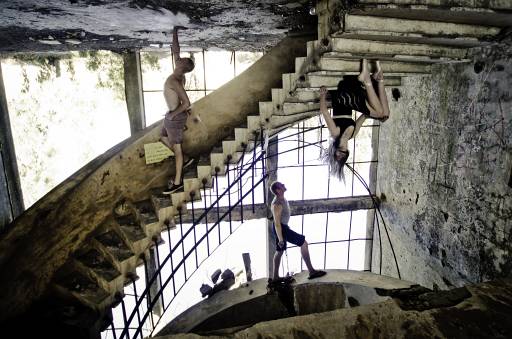 I have shot this location before but felt that I can get more out of it. I needed to return. So I got a team together. A Ballet dancer, a hip-hop artist a second photographer and an assistant.

The first thing I did is to make a sketch describing what it is exactly that I want from every set. This sketch ended up in a presentation I sent to the models and assistants before the shoot to get everyone in sync. 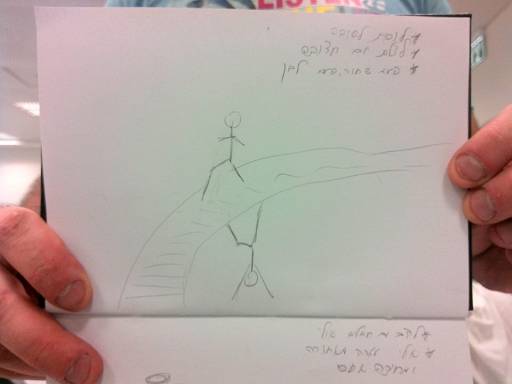 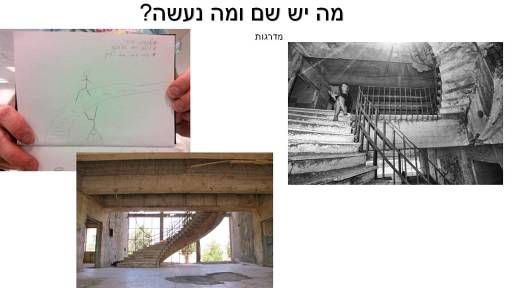 Last time one this location I noticed an interesting flight of stairs. Something that really calls for an Eschersque photo. Something similar to this in spirit. 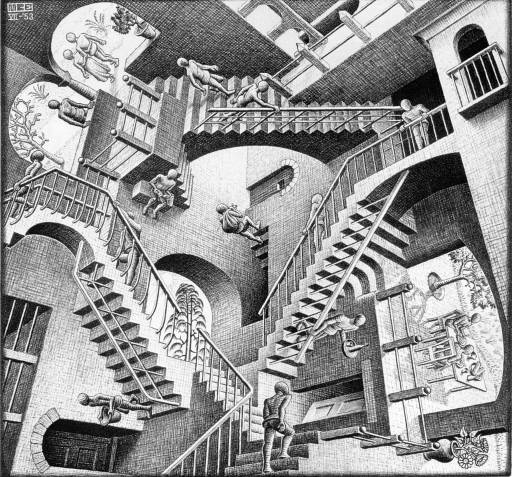 I shot Danny, the hip-hop dancer before and knew he was very physically capable. (see his little orientation stunt that I shot for his studio, VSPOT, below). 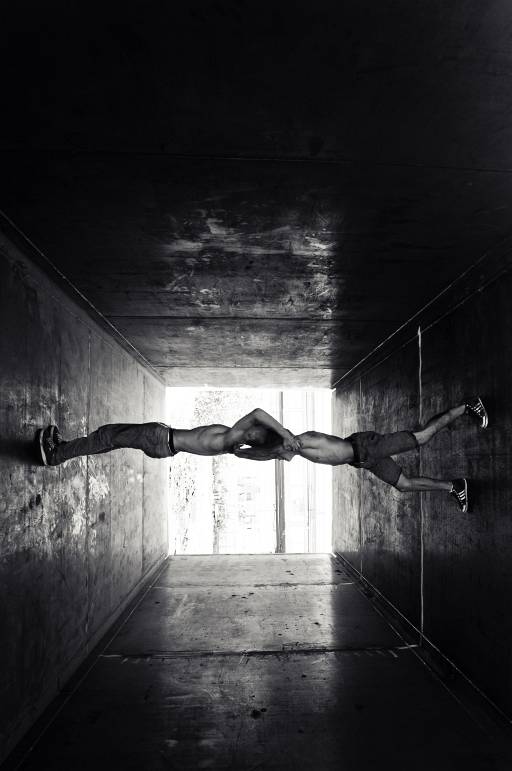 Initially, I wanted to shoot a two persons scene, but then I noticed a small crack in the ceiling with construction rods popping out. hmm…. I can use that to secure a rope….. (I always have rope in my photography bag). Thus it became a three persons shoot – Danny will do a headstand with the rope.

Since there was not eye contact, we needed to sync everyone, and we did this by the amount of stamina each model had/was required to. We placed May, who was stationary first. Then Danny stood on his hands, and lastly, Saar hang upside down on the rope. It took a few shots for everyone to look natural, but we had a good one at the end. 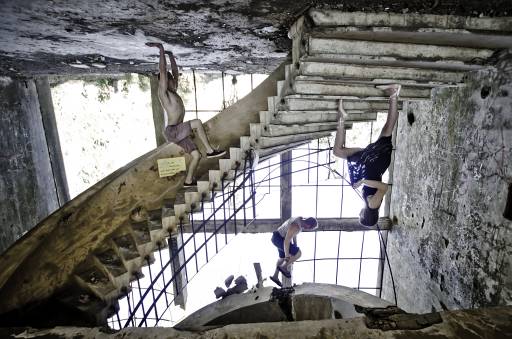 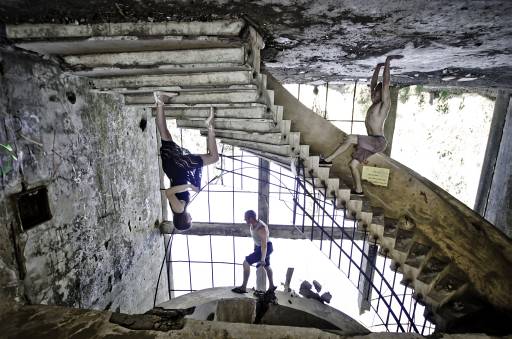 Next step was to add a bit of confusion. We asked May to waive her hair at a signal so it would appear as it is falling downwards. (Which is shown on the photo opening this post)

I shot with natural light with a Sigma 10-20 at 1/500 of a second. This still allowed for plenty of light to come in, removing the need for artificial lighting.

Post was minimal, aside for a coloring/styling and a full 180 degrees reversal the photo is pretty much straight out of the camera.

We Built Our Own World: Wally Pfister and the Cinematography of Inception

The Seoul Toll Gate is a real life inception-like cityscape

How to shoot and edit those crazy Inception style drone photos
« Sony QX100 Teardown Video – Don’t Try This at Home
Do You Look Like a Professional Photographer? »