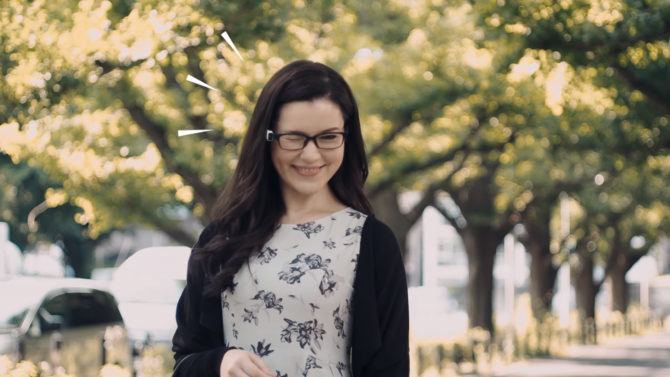 Let’s face it, the attached camera was pretty much the only decent feature of Google Glass. It’s also a feature that raised quite a few privacy concerns.

The new Blincam, which allows its wearer to shoot a photograph simply by winking, also faces those same privacy issues. It also a presents a newer, slightly creepier, one.

It’s a neat idea.  A way to shoot hands-free photos while on the move.  As shown in the video, it’s also a handy way to get shots when your hands are otherwise busy. Cooking and playing with your kids are two great examples.

It could also be used by mechanics, or working with electronics, to track your progress while you work. If you add video capabilities, it could easily replace things like dash cams in cars. It would also be less hassle to use for sports or other times where you might use an action camera.

It does have the potential to send out some pretty mixed signals, though.

Many men probably wouldn’t mind receiving a wink from a pretty lady on a summer’s day, although his perception would likely be very different from her intent. The other way around, with some guy staring intently and constantly winking at you could be seen as kinda creepy.

Best case, they think you’ve got some kind of twitch and try to ignore the confusing signals you may send out.

The Blincam hooks onto your existing glasses.  So, those with perfect vision will need to buy some shades or something. The device communicates with your phone over Bluetooth, presumably connecting to some kind of app to preview & download images. It also contains a micro USB socket if you want to directly unload your images to the computer. 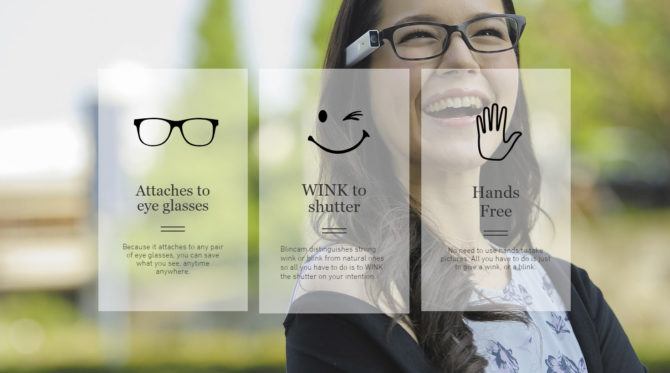 It’s not quite at the Kickstarter stage yet, but the camera has a “patent pending” eye movement sensor. Presumably it’s somehow different to all the other eye monitoring sensors patented over the last couple of decades.

I do wonder how it’ll not go off every time you blink, though. Given that most people will blink anywhere between 2-15 times per minute, it quickly adds up throughout the day. I just hope it comes with a lot of storage.

The Blincam will be shown off at the TechCrunch Disrupt SF event in September, with a large Kickstarter campaign starting in November. According to the Makuake crowdfunding page, the final version will cost 19,800 Yen (around $185) when it ships.

You can find out more about Blincam over on their website, although there isn’t really a whole lot there, yet.

What do you think? Will it be doomed to the same fate as Google Glass? Is it just far too weird and creepy? Or a valuable tool for hands free shooting? Give us your opinion in the comments.

Upgrade Your iPhone With An APS-C Sensor And f2.0 Lens Simply By Sliding It Into This New Case