Producer Forest Gibson was shooting a kickstarter campaign using a Black Magic 2.5K when the camera suddenly burst into flames. The crew immediatly left the location, but then came back using dump towels as (somewhat of ) protection.

Needles to say that the camera was toasted and beyond use. Sadly so was the SSD drive containing the footage shot that day. 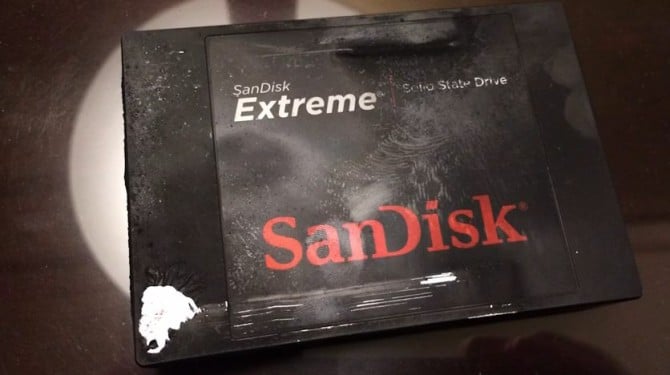 After getting footage for the Kickstarter video for me new game, my Black Magic Camera’s battery exploded, spewing smoke violently.

We ran out of there for safety reasons. However, knowing we had to get some footage of it, we put damp rags over our mouths and ran back in to grab some footage.

On his twitter account, Forest reports that the camera was 6 months old and he had been using the same camera/battery setup for the entire life of the camera so far. Along side the internal power, Forest used a Switronix PB70-BMCC  battery externally on the setup.

Following Forest’s Twitter account, it seems that the external battery was cool to the touch after the explosion.

We have contacted Black Magic Design about this story and they told us that they are working with Forrest to understand what has happened. We will update the story as new information rolls in.

This video was created from Sony a9 20fps still image bursts

« New Tech Enables Taking 60 FPS Movies (And Selfies) Inside Our Arteries
Watching A Ball Hit Glass At 10,000,000 FPS Is Like Stopping Time »