I recently spent a long weekend with friends at their cottage up north (“up north” is Canadian for not in the city and not in the USA).

Of course, I spent a portion of my time with my camera (or more accurately cameras – because who goes away with just one…), and the inevitable question was asked by my friends:

Why bother carrying that huge camera around – couldn’t you just use your mobile phone? 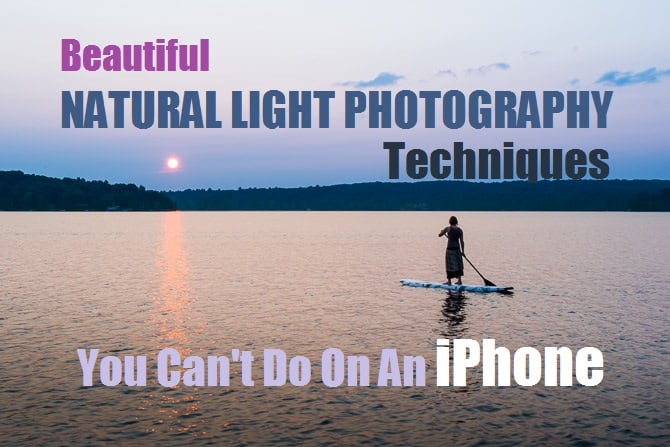 In this article, I will explain two beautiful natural light photography techniques that you can’t do with an iPhone.

What Cameras Were You Using?

If you’re wondering, I use the Canon and 20mm f2.8 combination mostly for underwater work.  That and its tough changing lenses in a canoe – hence, I prefer to just carry two bodies.

For the sake of this article, when I refer to a real camera versus a mobile phone camera, I am referring to a camera that has full manual control and a quality lens – so a DSLR, mirrorless or even a high-end point and shoot.

Yes they do.  And so do a ton of other mobile phones (I personally use a Galaxy Note III, which has a great camera).

But as technology stands right now, there are a few very fundamental photography techniques that you just cannot do with a mobile phone camera.

And, I’m not even talking about mobile phone camera limitations like the lack of optical zoom, no off camera flash or tediously slow focus / frame rates – I am talking about a few basic techniques that photographers use to create a very specific look in their photos. 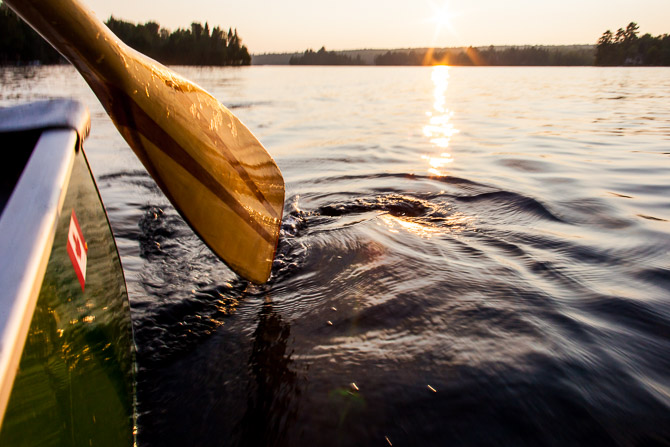 Bokeh, or shallow depth of field, is a function of lens focal length, aperture and sensor size – in other words, the physical features of your camera body and lens.

Smart phone cameras have none of the physical features that produce bokeh.  To a certain extent, you can fake it with various apps, but the effect always looks a little weird and cannot compare to the real deal. 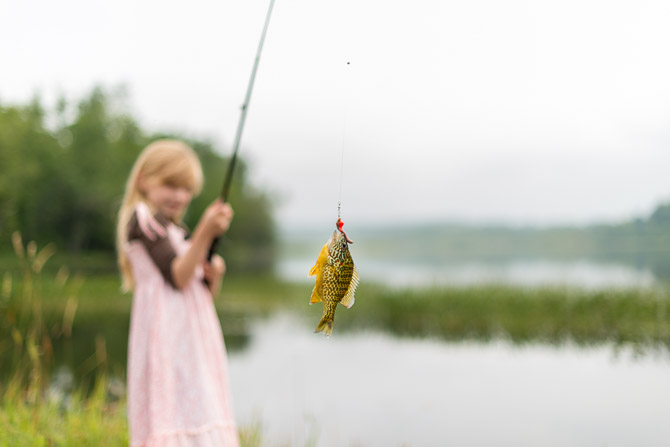 This photo was taken in pretty bright early morning light with a 50mm lens wide open at f/1.4.  To get the level of bokeh I wanted, I used the largest aperture my lens could go, which meant that I also had to use a very fast shutter speed of 1/1600 seconds and the lowest ISO setting my camera has, ISO 100. 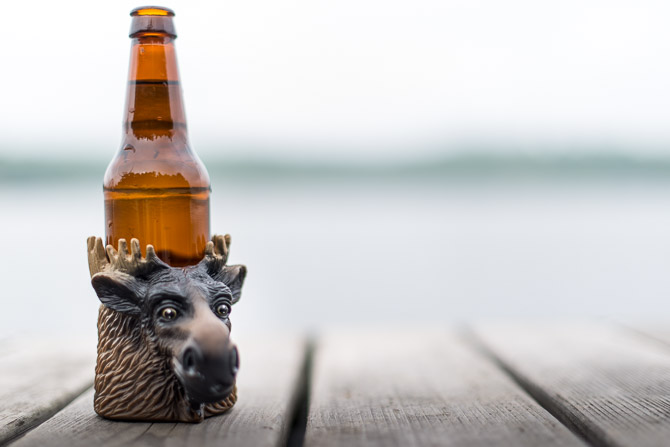 This photo was also taken in early morning with a 50mm lens.  This photo has a very shallow depth of field because I am relatively close to the subject.  Again, I was shooting wide open at f/1.4 for minimum depth of field, with a corresponding shutter speed of 1/800 seconds and ISO 100.

Oh, and if you’re wondering what a typical Canadian cottage long weekend is like, a moose beer koozie on the dock overlooking the lake at 7:00am pretty much sums it up.

This technique is the opposite of bokeh.

Star sparkles are points of light in a photo that have a defined multi point star shape.

Star sparkles are a function of the physical shape that the iris in your lens makes.  The smaller the aperture you set your lens to, the more pronounced the star sparkle.

So once again, mobile phone cameras do not have the physical features that can produce star sparkles.  Although there are loads of apps that can add fake sparkles (especially if there is a cat involved), they usually look really cheesy and unrealistic. 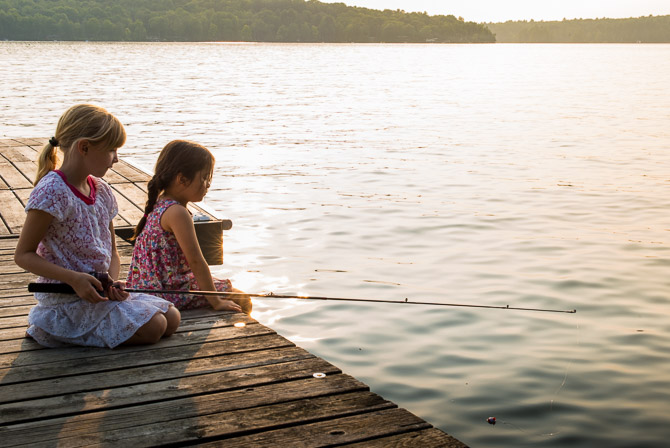 In this photo you can see the star sparkles in the points of light created by the sunset sparkling off of the waves on the lake.  I used a 50mm lens set to the smallest aperture it would go f/16.  Because I was using a small aperture, I had to shoot at the slowest shutter speed I am comfortable with for hand held shots 1/60 a second, and then I raised the ISO to 400 to get the exposure I wanted. 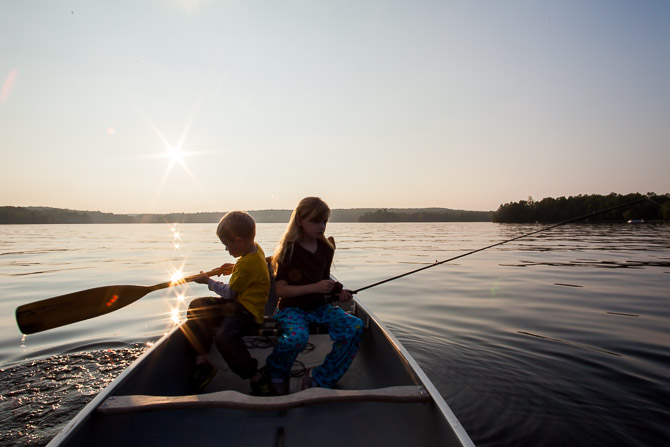 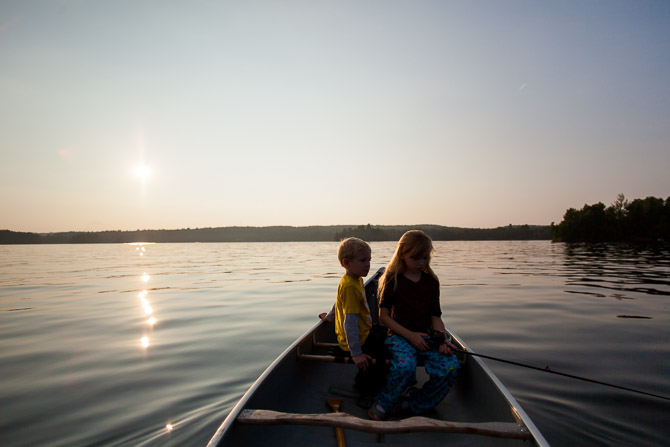 In comparison, the above photo of the same scene was taken at f/2.8.  The shutter speed was 1/5000 seconds at the ISO was 200.  You can see the rather pronounced difference in the appearance of the point highlights in the water – in this photo they are mostly just bright blobs, whereas in the previous photo they had a defined star shape.

This technique isn’t just for sunlight sparkling on water either.

If you have ever wondered how landscape photographers take night shots where all the lights have a beautiful star shaped glow – they’re (probably) not using a star filter or faking it in post, they’re just using a very small aperture.

Technique Comes Down To Control and Conscious Thought

The point I wanted to make with this article is not that mobile phone cameras suck (because they don’t) or that the people who use them are bad photographers (lazy maybe, but not bad by default).

Instead, the point that I wanted to make is that if you use a mobile phone camera, for the most part your photo is going to look however your phone decided it should look.

Sometimes that is OK – but a photographer should never be satisfied with OK.

With a real camera, a photographer can choose to make their photos look drastically different- they can consciously manipulate their images to fit their artistic vision simply by using good camera technique.

And that is the difference between a razor thin depth of field and star sparkles.

Or are you sticking with your mobile phone camera?